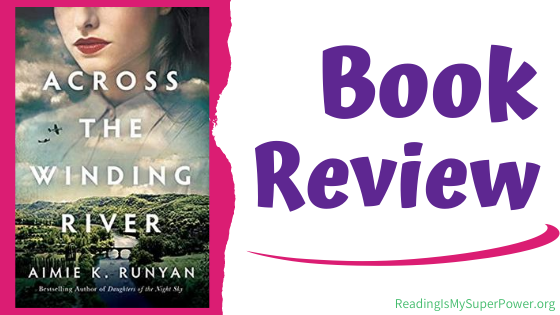 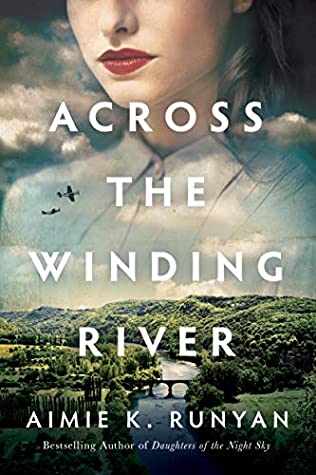 A woman unlocks the mystery of her father’s wartime past in a moving novel about secrets, sacrifice, and the power of love by the bestselling author of Daughters of the Night Sky.

Beth Cohen wants to make the most of the months she has left with her elderly father, Max. His only request of his daughter is to go through the long-forgotten box of memorabilia from his days as a medic on the western front. Then, among his wartime souvenirs, Beth finds a photograph of her father with an adoring and beautiful stranger—a photograph worth a thousand questions.

It was 1944 when Max was drawn into the underground resistance by the fearless German wife of a Nazi officer. Together, she and Max were willing to risk everything for what they believed was right. Ahead of them lay a dangerous romance, a dream of escape, and a destiny over which neither had control.

But Max isn’t alone in his haunting remembrances of war. In a nearby private care home is a fragile German-born woman with her own past to share. Only when the two women meet does Beth realize how much more to her father there is to know, all the ways in which his heart still breaks, and the closure he needs to heal it.

Full of compelling characters, Across the Winding River is told from three different points of view: Beth (present day), Max (WW2 & beyond), Johanna (WW2). The distinctions are clear between characters, so it’s easy to keep up with whose perspective you are currently reading, and the individual storylines engage your mind and your heart. The only slight confusion I had was that, while Max & Johanna’s stories are set in the same historical period, their timelines are slightly different. The fact that it momentarily confused me, however, is my own fault for not paying more attention to the clearly marked dates at the beginning of each chapter 😉 Had I done so, I would have more quickly picked up on the fact that one timeline was just ahead of the other.

Beth is instantly relatable in her vulnerability and authenticity. A recent divorcee who is still nursing emotional wounds from a failed marriage, a daughter still grieving her mother’s death as well as her father’s physical decline, a woman battling loneliness with no apparent end in sight. Yet even in her brokenness Beth carries herself with a quiet strength that even she isn’t aware of – a strength that shows up when she most needs it and makes her a hero in her own right. She’s honest in her flaws and brave in pushing through them, and every woman reading Across the Winding River can see herself at least a little bit in Beth’s character.

Johanna embodies everything I love about reading stories set in WW2. She’s already a trailblazer by being a working woman even after marriage in Hitler’s Germany – and a woman working as an aviation engineer in a male-dominated field at that. The Nazi regime stands in direct contrast to her own beliefs, and I held my breath more than once as potential confrontations arose. What I loved most about Johanna is that she wasn’t on the front lines of the resistance; she didn’t rescue people from concentration camps or do anything especially grand to fight the Nazis. Instead, she quietly resisted in everyday ways until that was no longer an option. The heroes like Johanna don’t get nearly enough attention in historical fiction, usually taking a back seat to the more overt acts of resistance, but that makes them no less heroic.

Runyan also spotlights one of the good guys, and I loved reading Max’s narrative in the past as well as watching it play out through his daughter’s eyes in the present. He chose to go fight after the war became personal, and he made another conscious choice to do the right thing at risk to his own life & his reputation. Once he gives his love, it’s given for life – a fact that plays out in both the past & present narratives of this book. He isn’t perfect, and that plays out too, but again that makes him one of those quiet heroes like Beth & Johanna.

And I know this review is long enough already but I would desperately remiss if I neglected to mention the most important character in Across the Winding River – Metta. We don’t ever get to see the story from her perspective but she is undoubtedly the central figure in the larger narrative that Runyan is telling. She is the bravest of the heroes in our story, the most tragic, and the most victorious. And the one who will linger with you the longest after you’ve reached the last page.

Bottom Line: Across the Winding River is even more captivating and intriguing than I thought it would be (and I already had high expectations). Runyan brings to life strong women who fought to rise above not only societal limits on their gender but also an evil regime that threatened their values and their lives. She seamlessly connects three separate timelines in a way that keeps you invested in the outcome and engaged with the characters. This is a story that stays in your thoughts and your heart for a long while.

(I voluntarily reviewed a copy of this book which I borrowed via Kindle Unlimited. All views expressed are only my honest opinion.)


Reviewer’s Note: Readers may want to be aware that there is some strong, though scattered, language and a couple of intimate scenes (though not explicit) in this book. 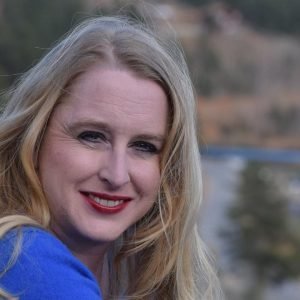 Aimie K. Runyan writes to celebrate history’s unsung heroines. She is the author of four previous historical novels, including the internation­ally bestselling Daughters of the Night Sky, Girls on the Line, Promised to the Crown, and Duty to the Crown, as well as the short-story collection Brave New Girls. She is active as an educator and speaker in the writing community and beyond. She lives in Colorado with her two (usually) adorable children. Visit her at www.aimiekrunyan.com.

Other Books by Aimie K. Runyan


What about you? What makes you want to read Across the Winding River by Aimie K. Runyan?

2 responses to “Book Review: Across the Winding River by Aimie K. Runyan”