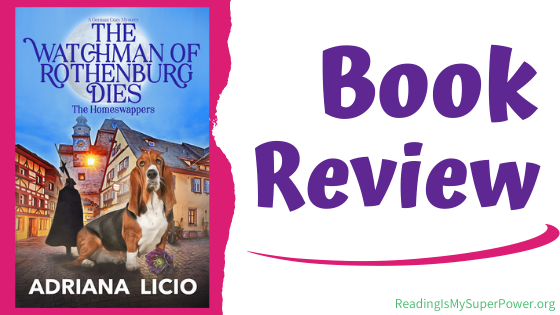 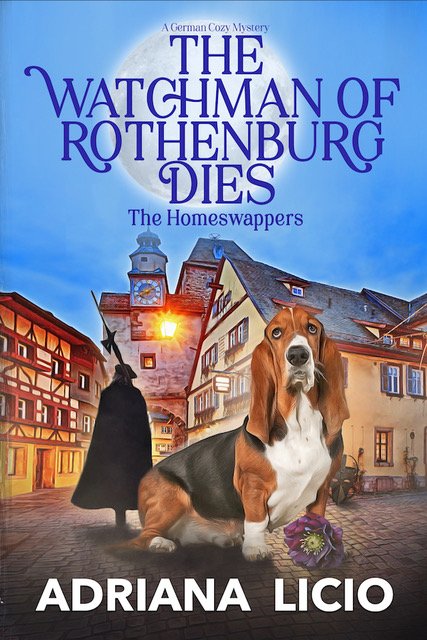 A holiday is a time to relax, unwind and see the sights. But for two adventurous sexagenarians, the sights have a tendency to include dead bodies.

Etta and Dora, both newly retired teachers, travel from their home in Southern Italy to a fairy-tale German town for their first home swap holiday, delighted by their neighbours’ warm welcome. But the welcome turns sour when the Night Watchman of Rothenburg is brutally murdered while his tour group takes photographs nearby, a halberd buried in his chest and a peculiar iron mask by his side.

When the murderer claims a second victim and the son of their hospitable neighbours becomes the number-one suspect, Etta’s analytical mind goes to work. Why was a shame mask left at the scene of each murder? Is there a clandestine trade going on behind the scenes of apparently upstanding local businesses? And why does every lead take her back to the sinister Devil’s Ale pub and the terrifying gang who lurk within?

Meanwhile, Dora has a puzzle of her own – how can she persuade Etta that a loveably disobedient Basset Hound called Napoleon is now a permanent part of their lives?

◆◆◆ Pack your bags, jump into the backseat of Etta and Dora’s old Fiat 500, and join them on their travels around Europe. There’ll be mystery, murder and mayhem aplenty wherever they go. ◆◆◆ 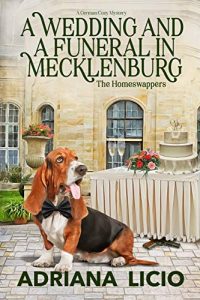 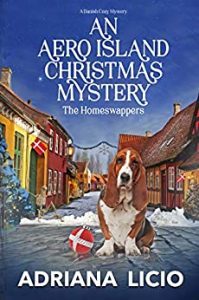 Let me go on the record now in saying that Leon is the star of this show! The adorable basset hound who adopts Dora (and Etta by default) after his master is murdered (see the title of the book lol) is full of personality and will melt the heart of anyone who’s ever been adopted by a dog. He was the highlight of the story for me, in many ways, though I definitely enjoyed other aspects as well.

I loved Dora – her personality is quirky and lovable, even if she does drive Etta nuts lol. Speaking of whom… while I instantly warmed to Dora, it took me much longer to do the same for Etta & I’m still not entirely sure I like her all that much. The combination of these two characters makes for some great back and forth, though, even if Etta’s perpetual borderline crankiness got old for me. (Think “The Odd Couple” for an idea of their relationship lol)

The mystery is set up nicely and is full of twists and turns that left me mostly unsure of the culprit until the end. The quaint setting especially adds to the cozy mood of the book, despite the murder; it’s the kind of read you just want to curl up with & live vicariously through the world travels on the pages. While I don’t think I would ever personally home swap (because I’m a big chicken) I find the idea fascinating – as is the idea for a cozy mystery based on such a thing.

Bottom Line: The Watchman of Rothenburg Dies has well-drawn characters (main & supporting), a delightful setting, a clever setting, a global feel, and a charming basset hound. What more could you ask for? This was my first read by this author, and I found it to be a nice change of pace from the typical cozy mystery while still staying comfortably within the formula. Nice start to a new series!

(I voluntarily reviewed a complimentary copy of this book which I received via the author. All views expressed are only my honest opinion.) 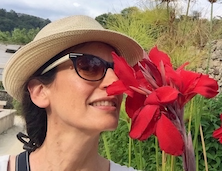 Adriana Licio loves loads of things: traveling, reading, walking, good food, small villages, and home swapping. She runs her family perfumery, and between a dark patchouli and a musky rose, she reads and writes cozy mysteries.

She resisted writing as long as she could. But one day she found an alluring blank page and the words flowed in that weird English she’d learned in Glasgow…

Get a taste of Adriana’s world reading And Then There Were Bones the prequel to her An Italian Village Mystery series, exclusive to the subscribers on her mailing list – https://adrianalicio.com/murderclub

The author is offering a digital copy of The Watchman of Rothenburg Dies to one of my readers. (Open internationally. Void where prohibited by law or logistics.) This giveaway is subject to Reading Is My SuperPower’s giveaway policies which can be found here. Enter via the Rafflecopter form below.


What about you? What makes you want to read The Watchman of Rothenburg Dies by Adriana Licio?

10 responses to “Book Review (and a Giveaway!): The Watchman of Rothenburg Dies by Adriana Licio”