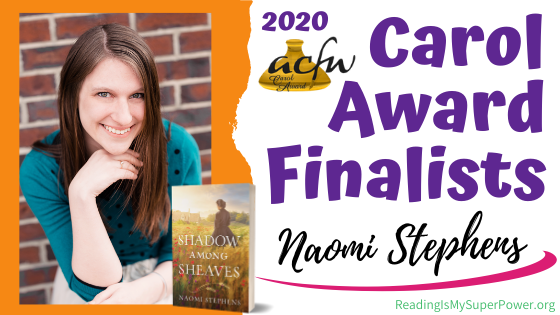 Make sure you’re following me on Instagram as I’ll be posting the winners there tonight starting around 5:30pm Eastern, or shortly thereafter. 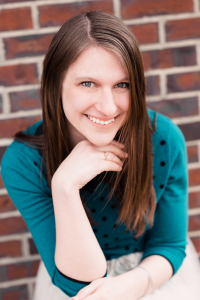 ​In bookstores, Naomi gravitates towards 19th-century British novels—the broodier the better (i.e., Jane Eyre)—but she can also be found perusing the young adult, mystery, and fantasy sections. Anything that keeps her turning pages past midnight.

​Though she has called many places home over the years, she currently lives in Ohio with her husband, her two children, and a rascal of a dog named Sherlock. When not writing or having adventures with her family, she can be found drinking tea, practicing photography, and pining for London. Visit her at www.naomistephens.com 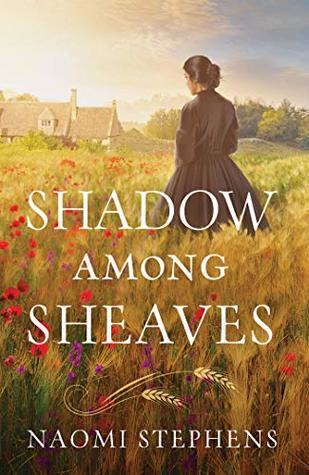 A Timeless, Beautiful Allegory of the Biblical Love Story of Ruth and Boaz

The Great Rebellion of 1857 was a remarkably bloody business. At a time when Britain’s imperial influence in India was sparking brutal clashes on both sides, no one could have expected Rena, an Indian woman, to marry a British officer—nor do they understand her decision to follow her mother-in-law to England after her husband’s tragic death.

Once the two widows are in Abbotsville, the stern yet compassionate Lord Barric attempts to help them despite his better judgment. Soon he is torn between the demands of reputation and his increasing desire to capture Rena’s heart for his own.

Hi Naomi! Welcome to the blog!


Naomi: I started reading Christian fiction in college when a friend loaned me her copy of Francine Rivers’s Redeeming Love. I was completely swept away by the depth of the story, the characters, and its fabulous redemption arch.

Fast forward to today, and I’ve learned what a kind, supportive family the Christian fiction community is. Everyone lifts everyone up. This journey has definitely brought me full circle from my college days, and I’m so honored to be a part of the community.

Carrie: I absolutely agree with you! This community is the best & I know well that ‘come full circle’ feeling!!

Carrie: Can I just say that I love that Dr. Seuss is in the same list as these other powerhouses of fiction? He doesn’t get enough recognition! 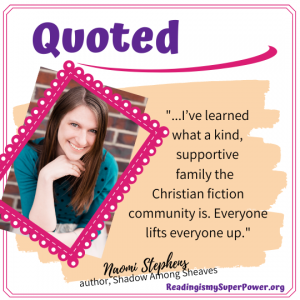 Naomi: Well, I’m definitely a pantser as opposed to a plotter, which admittedly gets me in trouble from time to time—so, does occasionally weeping while I write myself out of a corner count? 😉

Naomi: Not necessarily something I deliberately Googled, but I recently studied up on 18th-century laundry washing and learned that stale urine was often used as bleach. I had no idea!


Q: What is something God taught you while you wrote Shadow Among Sheaves?

Naomi: Thankfulness. Thankfulness for those who have taught me, for a solid education, for all the authors who influenced me, for friends and family who have supported me, for those who read early drafts and weren’t afraid to be brutally honest. In my experience, there is no ivory tower from which a novel comes into existence—and that can be a pretty humbling realization. But on this writing journey, I saw with perfect clarity all the people and opportunities God has put directly in my life to make something like this possible. And I am thankful. 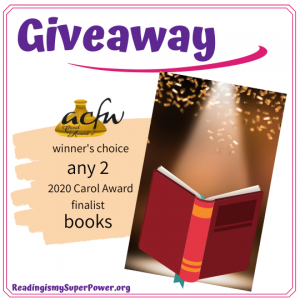 
What about you? What makes you want to read the debut novel Carol Award finalist Shadow Among Sheaves by Naomi Stephens & what did you enjoy about Naomi’s answers?