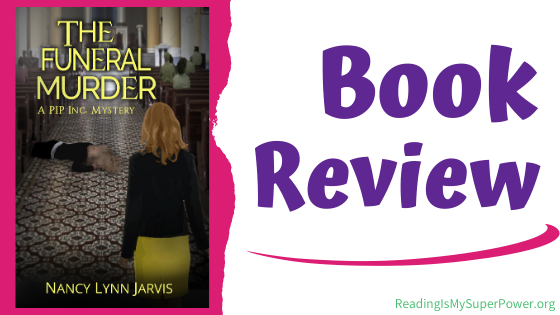 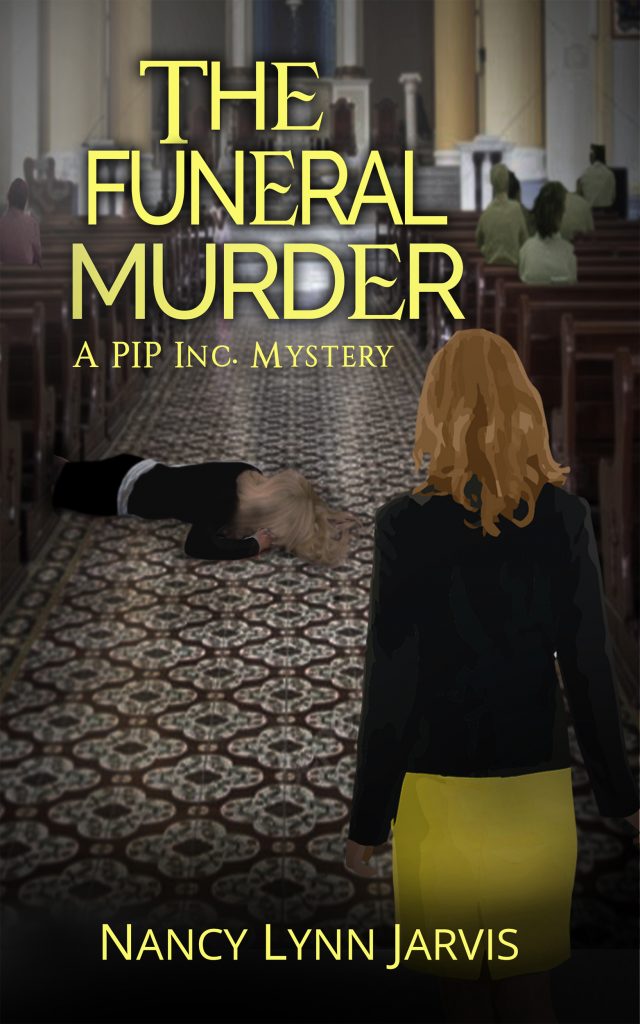 In The Glass House, the first book in the PIP Inc. Mysteries series, Pat Pirard, recently downsized Santa Cruz Law Librarian, needed to find a new job in a hurry. She printed business cards announcing she was Private Investigator Pat and crossed her fingers, hoping she could earn enough money working for attorneys as a PI to survive.

Pat’s first investigation went well, so she’s excited when she gets a call from an estate attorney who offers her a second job. The attorney tells Pat his client died at a funeral and he needs help sorting out who is entitled to inherit her estate.

Pat quickly discovers the dead woman’s past is as complicated as her estate. And when an autopsy indicates she had two deadly toxins in her body when she died, Pat’s new case becomes not only complicated, but dangerous. 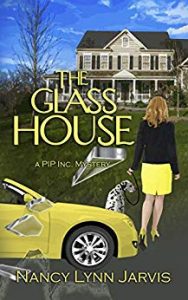 I really enjoyed meeting Pat Pirard in her amateur sleuth debut, The Glass House, and I enjoyed following up with her in The Funeral Murder even more. She’s engaging, smart, witty, plucky and smart, and readers will easily relate to her. She’s making do with the cards life has dealt her, and doing a darn good job of it, too. (Side note: I felt like we got to see a bit more of her character development in this second book than we did in the first, and while I still didn’t sense a lot of chemistry between Tim and Pat, I did once again think their relationship was sweet and full of mutual affection. And I absolutely loved watching Tim’s interactions with Pat’s dog Dot – who loves him – and her cat Whimsy – who isn’t so sure yet.)

The mystery in The Funeral Murder is unique and cleverly plotted. A host of viable (and eccentric) suspects keeps Pat busy – and readers guessing – as a ‘simple’ estate investigation quickly becomes anything but. DNA, drones, exotic fish… you name it, this book has a little bit of everything, and while none of those things seem like they could go together at first glance, the author does a great job of weaving them into a credible and entertaining mystery.

Bottom Line: The Funeral Murder is a delightful follow-up to this series debut, ensuring that readers will stay invested in Pat’s life & career in future books as well. Her pets, her friends, her beau, even her little yellow Volkswagen Beetle add further layers to Pat’s likability and keep the story entertaining from start to finish. This particular case is complex and creative and left me unsure of the culprit until the reveal. I had suspicions but I could easily point the finger at every other suspect, too, and even a couple of people that probably weren’t intended to be suspects haha. A great read for this fallish weekend!


Reviewer’s Note: Readers may want to be aware that there is some mild profanity and innuendo in this book. 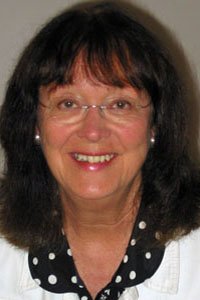 Nancy Lynn Jarvis left the real estate profession after she started having so much fun writing the Regan McHenry Real Estate Mysteries series that she let her license lapse. She’s enjoyed writing about Regan and her husband, Tom, but decided it was time to do a new series.

After earning a BA in behavioral science from San Jose State University, Nancy worked in the advertising department of the San Jose Mercury News. A move to Santa Cruz meant a new job as a librarian and later a stint as the business manager for Shakespeare/Santa Cruz at UCSC.

Currently, she’s enjoying being a member of Mystery Writers of America, Sisters in Crime, and Santa Cruz Women of Mystery. 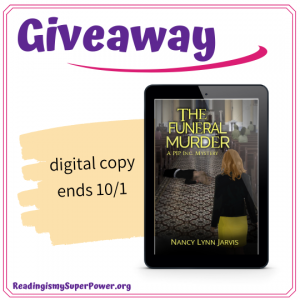 Nancy Lynn Jarvis is offering a digital copy of The Funeral Murder to one of my readers! (open to US/CAN. Void where prohibited by law or logistics) This giveaway is subject to Reading Is My SuperPower’s giveaway policies which can be found here. Enter via the Rafflecopter form below.


What about you? What makes you want to read The Funeral Murder by Nancy Lynn Jarvis?

7 responses to “Book Review (and a Giveaway!): The Funeral Murder by Nancy Lynn Jarvis”