Welcome to the Blog Tour & Giveaway for Freedom’s Call by Douglas Cornelius, hosted by JustRead Publicity Tours! Please join me in welcoming Douglas to the blog today to share some behind-the-scenes info about himself & his new book!

Just moments earlier, the steamboat at Brady’s command had rounded the Mississippi river-bend effortlessly. But then a sudden explosion causes fourteen-year-old Brady to fail his cub-pilot test, shattering his dream. What’s more, the explosion takes the life of a family member, and now revenge grabs hold of Brady’s heart. He blames a black deck hand, William Wells Brown, who flees and becomes a fugitive slave.

Brady reluctantly takes an apprentice job for abolitionist newspaperman Elijah Lovejoy. Would Lovejoy’s Christian message soften Brady’s heart? Or would his fondness for mixed-race office mate Charlotte? Brady remains conflicted, and spirals to a new low.But when an angry mob seizes Lovejoy’s printing press and dumps it in the river, Brady is called to escort a new press via steamboat along the river that Mark Twain would make famous. Danger lurks around every bend, whether from river pirates or pro-slavery thugs.

When Lovejoy’s fate is in the hands of an enraged mob, will Brady become more than a champion of freedom of the press? Will he ever meet up with Brown again? What role will Charlotte play?

Based on true stories featuring the lives of two noted figures of the pre-Civil War era: Elijah Lovejoy, Christian newspaper abolitionist, whom Lincoln knew, and William Wells Brown, a fugitive slave who became a famous author documenting the plight of the slaves.

In the middle of getting this book published, God pulled me through 3 open heart surgeries last year. He must have wanted it published for times such as these!

I own a patent (for an aquarium cleaning device). I had to do something to honor my father who had 180.

My 3 grandchildren have taken after me when I was their age—they’re not big readers.

My inspiration came when hearing a radio personality state that Christians led the abolitionist movement. I wondered how many of our young people knew that. Researching the history of several people, I chose newspaperman Elijah Lovejoy because of his compelling story (losing 4 of his presses to angry mobs who threw them in the river, then ultimately losing his life).

I also wanted to feature a black man and found William Wells Brown, who wrote an autobiography about being a fugitive slave. When I discovered these two men’s lives actually intersected briefly (Brown was an apprentice for Lovejoy), I had the basis for my story. Since the real-life stories unfolded along the Mississippi River, the setting was ideal to portray a teenage boy who desperately wanted to become a cub-pilot on a steamboat (which would have been the mode of transporting all those presses to Lovejoy).

The history hence gave me the opportunity to portray some key aspects of the times: the agonizing chase of a fugitive slave, life on a steamboat along the Mississippi (a la Mark Twain), the fight for freedom of the press, the fight for God-given racial equality, and the sacrifices of Christian men like Lovejoy to achieve those. The prospect for reconciliation wraps up the story. 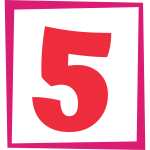 fave scene from the book:

(In the freezing cold, fugitive slave Sandford spots the man who will save him. This is historically accurate.)

Sandford started to call out, only to have his voice fade, overtaken by doubt and fear. But now, when an elderly man leading a white horse approached, he had another sense—this time warming his heart. The man wore a distinguished hat and long overcoat.

He must be the person I’ve been hoping for.

“Are you a slave?” His voice was like an angel’s, floating in on ice crystals, melting with grace. 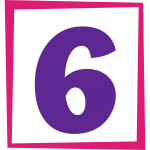 In my historical fiction writing, I challenge myself to stay as true to the lives of the people as possible.  Where I introduce new action, I try to be consistent with what I perceive their characters to be. Beyond that, I insert fictional characters interacting with the historical people to bring about what I hope is an interesting story. I am concerned more with events during certain periods of time (several years), rather than specific dates, and hence may sacrifice a date, or the precise order of events, to enhance the story.

My goal is to teach—to make the time spent reading worthwhile. I desire to write something that will attract young readers so that they can learn about history without having to read boring biographies or textbooks.

Douglas Cornelius is retired from business careers at Target, Amex, and 3M. Except for two short years teaching in Alabama, he is a life-long resident of the Twin Cities, where winters are far more tolerable than common folklore dictates. His love of writing historical fiction came late in life—no doubt from creative urges fostered early by his inventive father, and now unbound from the shackles of the business world.

With his writing, Doug gravitates to story that reveals history, as that is the most interesting way to comprehend it. A fast-paced tale with strong characters revealing a loving and gracious God triumphs any day. Hence, Doug tries to provide quick reads with meaningful glimpses of times past—stories of faith and life that transcend their historical timelines. Hopefully, they will linger in minds longer than the time it takes to read them, as therein lies success.

A graduate of Cornell University, Doug currently serves on the Board of the Minnesota Inventors’ Hall of Fame, and when not writing, may be found in middle-school classrooms, inspiring kids to become inventors, or speaking on behalf of Feed My Starving Children. He has been married over 44 years to wife Leslie, with children Brian and Cristina, and three grandchildren.

(1) winner will receive a $25 Amazon gift card and a print copy of Freedom’s Call!

Be sure to check out each stop on the tour for more chances to win. Full tour schedule linked below. Giveaway will begin at midnight September 28, 2020 and last through 11:59 PM EST on October 5, 2020. Winner will be notified within 2 weeks of close of the giveaway and given 48 hours to respond or risk forfeiture of prize. US only. Void where prohibited by law or logistics.

What about you? What makes you want to read Freedom’s Call by Douglas Cornelius?