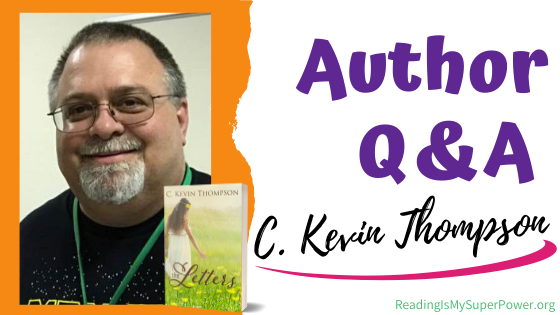 Please join me in welcoming author C. Kevin Thompson to the blog today to chat about his novel The Letters! 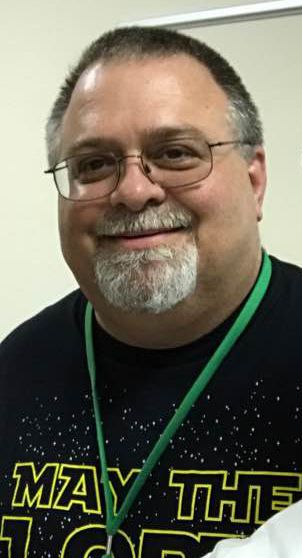 C. KEVIN THOMPSON is a husband, a father, a grandfather, and a kid at heart. Often referred to as “crazy” by his grandchildren, it’s only because he is. He’s a writer. Need he say more?

He is the author of the award-winning debut novel, The Serpent’s Grasp, the Blake Meyer Thriller series (Book 1: 30 Days Hath Revenge; Book 2: Triple Time; Book 3: The Tide of Times; and Book 4: When the Clock Strikes Fourteen have been written and published. Book 5, A Pulse of Time, and Book 6, Devil of a Crime, are due out in 2021). His newest standalone, award-winning novel, The Letters, is now available in both e-book and paperback!

Kevin is a huge fan of the TV series 24, The Blacklist, Blue Bloods, NCIS, Criminal Minds, BBC shows Broadchurch, Shetland, Hinterland, and Wallander, loves anything to do with Star Trek, and is a Sherlock Holmes fanatic too. But you will never catch him wearing a deerstalker. Ever. 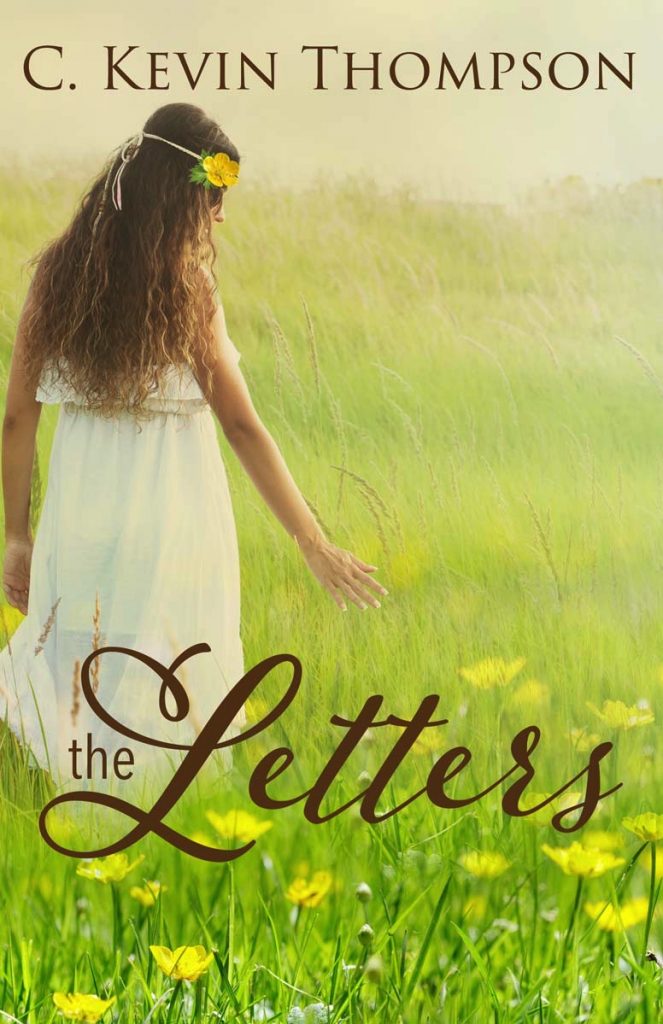 Rachel Hamar–a Manhattan bank teller–lives nothing close to a Manhattan lifestyle. Residing in Washington Heights, NY, the only thing keeping her in The Big Apple is her mother–a long-time patient in a local psychiatric hospital. It’s December 2014, and the twentieth anniversary of her high school sweetheart’s tragic death. She’s not sure how much more heartache she can endure, especially after being told earlier in the day she no longer has a job at the bank. A casualty of downsizing.

In the midst of spiraling depression, Rachel receives a mysterious letter in the mail. When she opens it, she becomes cautious and skeptical of its contents and discards it as a mistake, concluding it’s simply addressed incorrectly or a postal worker’s faux pas in the midst of a busy Christmas season. But another letter arrives the next day. And another the day after that. Before long, she is in possession of several letters. Each one more puzzling than the last.

Thinking that someone may be playing a cruel game, she contacts the police, and this propels Rachel and the two detectives into one of the most bizarre cases they’ve ever encountered. Is it a friend’s cruel joke? Is it some stalker’s perverse idea of manipulation? Or is it something more?

Hi Kevin! Welcome to the blog!

Kevin: I prefer winter. If you’re cold, you can always put on another layer of something. If you’re hot, there’s only so much you can take off before you’re arrested. 🙂

Kevin: If it’s iced, then it’s tea. If it’s hot, then it’s coffee. Unless it’s a mocha Frappuccino with extra mocha, then it’s coffee when it’s iced too. However, if the tea is “Earl Grey, hot” like Captain Jean-Luc Picard says it, then I like it hot. So, I guess I like them both. Either way.


Carrie: LOL! Skip them both & give me the hot chocolate, please!

Carrie: haha I’m right there with you – only please make mine a diet!

Kevin: Yes, please. Six months of each. This question is what’s making my upcoming retirement decisions so difficult.


Carrie: once again we are in complete agreement 🙂

Kevin: That’s a tough one. Anything I pick sounds self-serving… I guess I’ll have to go with the safe answer and say writing. I’ve written six books so far. I have only submitted three of them to various award contest because the other three are part of a continuing series, and I thought it didn’t make sense to enter those (the contest readers would be lost). As a result, all of the three submitted novels have won an award, including my debut novel, The Serpent’s Grasp (and The Letters—my latest—still has several contests to go).


Kevin: I don’t know about you all, but I’m a bit of an ADHD reader, I guess you could say. I’ll have two, three, sometimes four books going at once. I read whichever ones hits me at that time. Those decisions are based on if I need to do research for my writing, if I’m looking for a time to relax, if I’m just wanting to learn more about something unrelated to my writing. So as you can imagine, it bounces around quite a bit. Of course, if a book grabs me, then I’ll tend to gravitate toward that one and finish it. So, right now, these are the books on my nightstand (quite the eclectic bunch):


Carrie: My husband is a bit of an ADHD reader too & I don’t know how y’all do it lol


Kevin: They’d say I’m very hard on them and place them in some pretty rotten situations. However, they’d also say I’m very fair and look at a story’s characters through eyes that attempt to show that all of God’s Creation has fallen short (Romans 3:9-18), regardless of who the character is, what their background is, etc., yet they all can have hope as well. Good characters come from some of the most unlikely places. Bad characters turn up as people you didn’t always expect. “Bad” characters still have a heart, and when you learn their back story, you sympathize as a reader. “Good” characters do not always ride in on white horses and save the day. They have sinful, tainted hearts too. “No one is safe,” they would say, “when it comes to portraying the real world. He’s never going to write about a good person who never does wrong, always does the right thing, and helps everyone get saved. He’s never met a person like that, except Jesus, so how can he create a character like that?”

Carrie: i love that insight!


Q: Were there any songs that inspired you as you wrote The Letters?


Kevin: As a matter of fact, there were. The Letters is set at Christmas, but it’s not your typical, “Hallmark Presents” Christmas story. I view it more along the lines of A Christmas Carol meets Frank Peretti (which interestingly enough, a reviewer said almost the same thing! He said it was “NCIS meets Peretti”).

So, as I wrote the book, I listened to two of Michael W. Smith’s albums: Christmas and Christmastime, and they really helped me get in the mood.

The songs that influenced me the most while writing were: 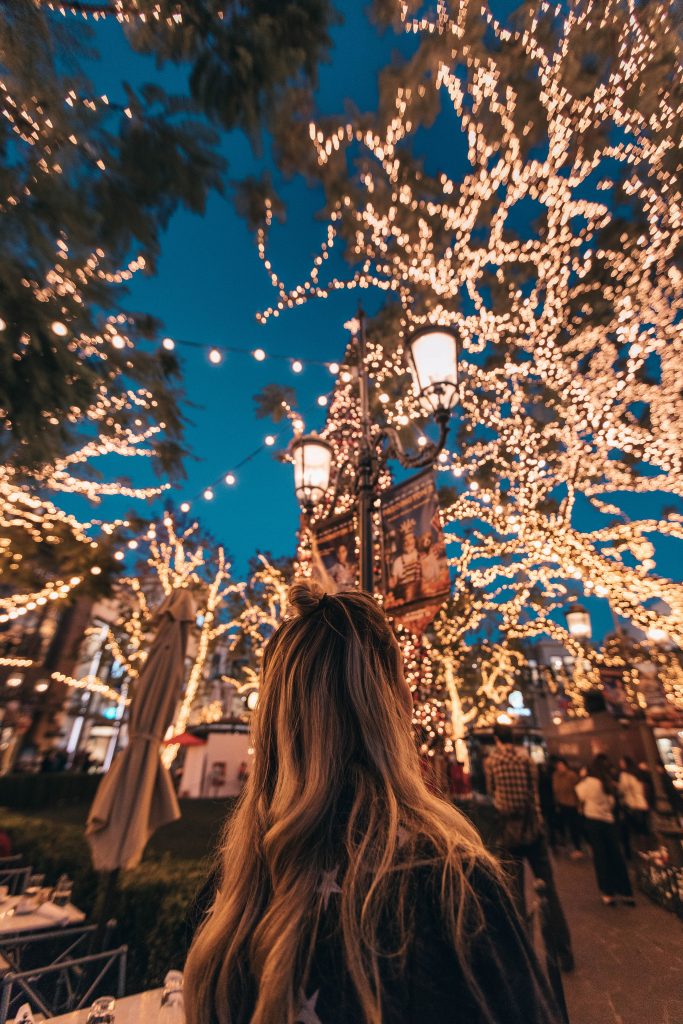 Off the Christmas album (I embedded the links to the YouTube sites, if your readers wish to hear them):

Off the Christmastime album:

I even listened to these songs in the car on the way to and from work to help me know how to write the next scene.

Carrie: I love Christmas music and the Emmanuel medley is one of my faves!


Q: If Hollywood wanted to produce your book as a movie, who would you want to be cast as the lead roles?


Kevin: It’s interesting that you should ask this question. My wife Cindy and I have gone back and forth on who the characters should be played by if someone ever made The Letters into a movie. When I saw this question here, it rekindled that discussion. So, here’s what we came up with, for what it’s worth to any producer or director out there looking for a great novel that would easy to transform into the big screen:

Gordon Ames: 1st choice – Connor Trinnear; 2nd Choice – Matt Damon (so long as Julia Stiles does not play Rachel – we don’t want The Bourne Identity to get in the way here 🙂 )

Heather (Blonde barista): we could not come up with one…maybe your readers could help us out here. She has to be college age.

Detective Bowen: When I wrote this, I had Jennifer Esposito pictured in the scenes, however, we never discussed this character.


Carrie: ooo these are excellent choices!


Q: What is something God taught you while you wrote this book?

Kevin: When I wrote The Letters, I had to delve into the issue of abortion and what happens to the baby as well as the woman who had the abortion. That led to questions about what heaven is like, and what kind of depressions occur in the life of the woman who had the abortion. Coupled with this, I was also studying how time, for God, is immaterial. To Him, “a day is like a thousand years, and a thousand years is like a day” (2 Peter 3:8). He can see all of time at once. He is beyond the trappings of time. This is how He can see you before you were formed in the womb and how He knows where you’ll end up in the end. It was those musings and the subsequent research that helped to create this story.


Carrie: “He can see you before you were formed in the womb and how He knows where you’ll end up in the end.” – love that!!!

Kevin: Several things, actually. I’m working on self-publishing my Blake Meyer series. It’s a long story. Blake’s been on quite the publishing journey. (This writing business and times we live in are crazy!) We hope to have all six books out by Summer 2021. It’s a continuing series (six books, one story – think one season of Blake Mayer for television).

I also have another book I’m trying to find a home for. It’s YA fiction/mystery, so that will be worked on behind the scenes. It’s the first book in a series that is planned to take the two characters well into their adult lives, thus creating adult fiction for older readers too.

I’m also working on a non-fiction book that is more for my spiritual walk. However, maybe it will be good enough to garner a publisher someday.

The fourth thing I need to do is decide which fiction writing project is next. I have two ways I can go. One is to start writing the sequel series to my Blake Meyer series, featuring Julee Scarfano. Another option is to write another “Christmas” book that would be in the “spirit” of The Letters, but it would be another standalone. I have the storyline plotted out somewhat. Need to do some research to help fill in the holes. Needless to say, I have more ideas than time right now, which is a good thing!

Carrie: Always a good thing to never run out of ideas 🙂 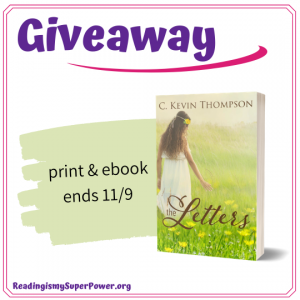 C. Kevin Thompson is offering a copy of The Letters to two of my readers – one print (US only) and one ebook (Open internationally. Both void where prohibited by law or logistics.) This giveaway is subject to Reading Is My SuperPower’s giveaway policies which can be found here. Enter via the Rafflecopter form below.


What about you? What makes you want to read The Letters by C. Kevin Thompson?

14 responses to “Author Interview (and a Giveaway!): The Letters by C. Kevin Thompson”