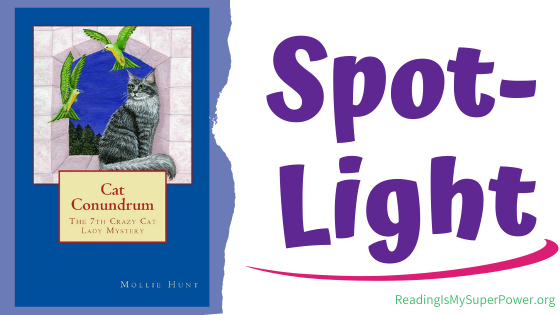 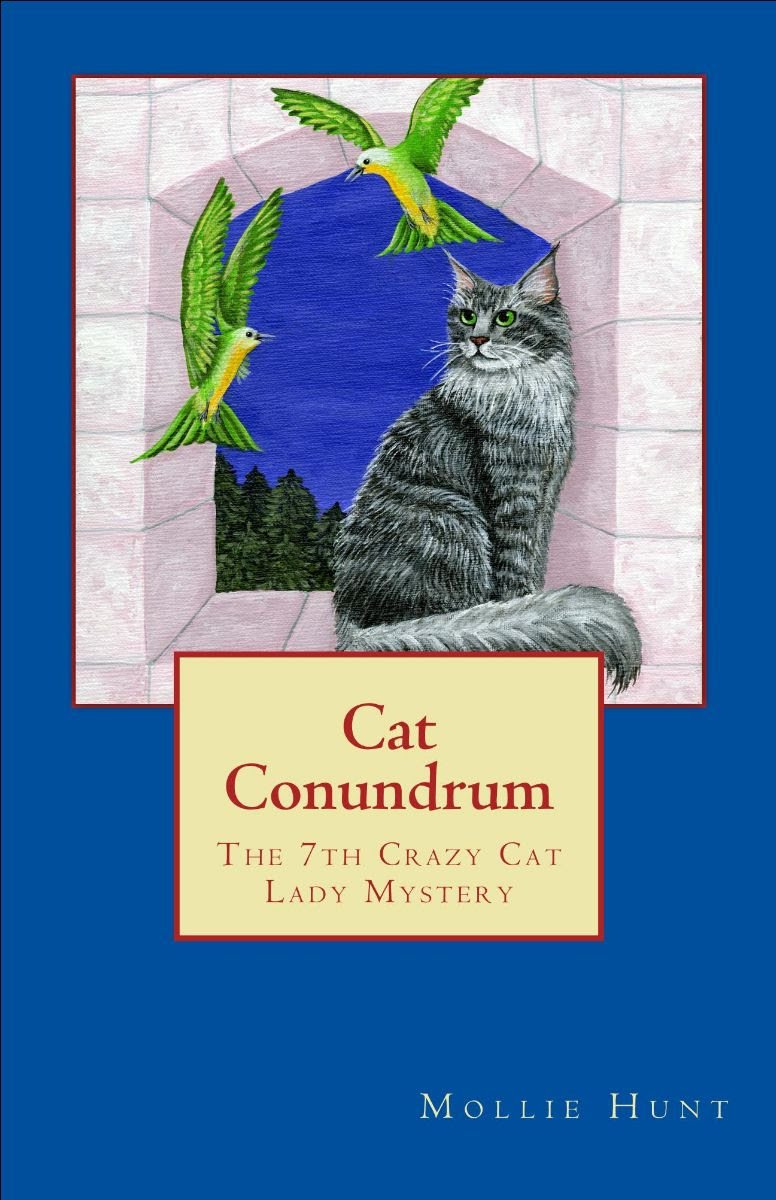 A locked room. A dead man. The cat is the only witness, and he isn’t talking.

Locked-room murders are being committed in sleepy little Long Beach, Washington. As to the killer, Sheriff Matt Boulder has no idea who or why.

The sheriff needs help. He calls his friend, animal cop Denny Paris, and gets a surprise bonus: Lynley Cannon, amateur sleuth. This isn’t how the sixty-something cat shelter volunteer envisioned her beach vacation, but when Denny asks her to join him in the search, how can she refuse?

While the officers investigate one line of inquiry, Lynley takes a different approach. Her only clues, a cat found at the murder scene and a rich man’s missing wife, lead her thread by thread to a scheme more insidious than fiction.

But who will she tell when she turns out to be the one in the locked room?

Cat Conundrum is the 7th Crazy Cat Lady Cozy Mystery, featuring Lynley Cannon, a sixty-something cat shelter volunteer who finds more trouble than a cat in catnip. For cat-lovers who like clean mysteries with a little bite to them. Cat tips, tricks, and facts at the beginning of each chapter. 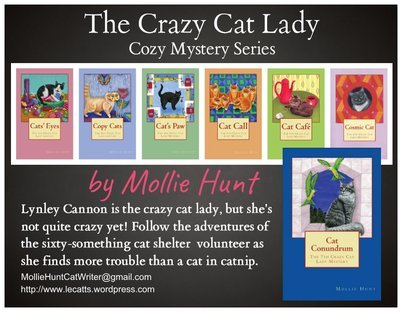 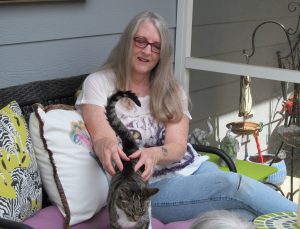 Native Oregonian Mollie Hunt has always had an affinity for cats, so it was a short step for her to become a cat writer. Mollie is the author of The Crazy Cat Lady Cozy Mystery Series, featuring Lynley Cannon, a sixty-something cat shelter volunteer who finds more trouble than a cat in catnip. The 3rd in the series, CAT’S PAW, was a finalist for the 2016 Mystery & Mayhem Book Award. The 5th, CAT CAFÉ, won the World’s Best Cat Litter-ary Award in 2019. The 6th, COSMIC CAT, is the winner of the Cat Writers Association Muse Medallion Award for Best Cat Mystery 2019.

Mollie’s sci-fantasy, CAT SUMMER (Fire Star Press) also won a Muse Medallion, this time for Best Cat Sci-fi Fantasy. CAT SUMMER is the first in her Cat Seasons Tetralogy where cats save the world from an evil older than history—twice! Mollie published a stand-alone mystery, PLACID RIVER RUNS DEEP, which delves into murder, obsession, and the challenge of chronic illness in bucolic southwest Washington. Two of her short cat stories have been published in anthologies. She has a little book of Cat Poems as well.

Mollie is a member of the Oregon Writers’ Colony, Sisters in Crime, Willamette Writers, the Cat Writers’ Association, and the Northwest Independent Writers Association (NIWA). She lives in Portland, Oregon with her husband and a varying number of cats. Like Lynley, she is a grateful shelter volunteer.

What about you? What makes you want to read Cat Conundrum by Mollie Hunt?

12 responses to “Book Spotlight (and a Giveaway!): Cat Conundrum by Mollie Hunt”