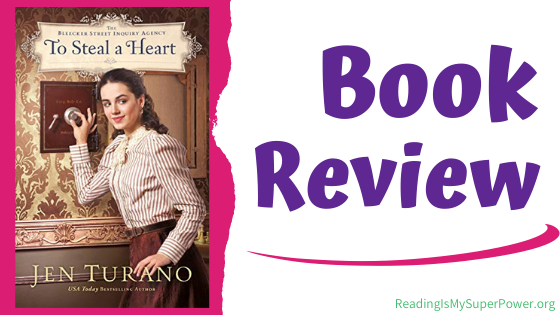 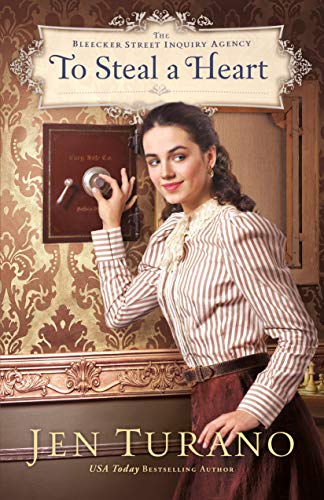 After spending her childhood as a street thief, Gabriella Goodhue thought she’d put her past behind her until a fellow resident at her boardinghouse is unjustly accused of theft. Using her old skills to prove her friend’s innocence, Gabriella unexpectedly encounters Nicholas Quinn, the man she once considered her best friend–until he abandoned her.

After being taken under the wing of a professor who introduced him into society and named him as his heir, Nicholas is living far removed from his childhood life of crime. As a favor to a friend, Nicholas agrees to help clear the name of an innocent woman, never imagining he’d be reunited with the girl he thought lost to him forever.

As Gabriella and Nicholas are thrown together into one intrigue after another, their childhood affection grows into more, but their newfound feelings are tested when truths about their past are revealed and danger follows their every step.

“Turano opens her Gilded Age-era Bleecker Street Inquiry Agency series with this lavishly imagined tale set in the upper-class homes of New York City. No one is who they seem in this upstairs-downstairs story. . . . Readers will laugh out loud at the witty dialogue and cheer when justice gets smartly served. This is Turano’s best yet.”–Publishers Weekly starred review

To Steal a Heart is true entertainment as only Jen Turano can provide! Part farce, part romantic comedy, the Gilded Age world comes alive with plenty of laughter and even a few swoons.

I need to start by talking about the supporting characters in this book – always important when you’re starting a new series because chances are that several of those secondary characters will become protagonists (or at least play a larger role) as the series progresses. And these delightfully quirky personalities definitely have me eager for more books! Daphne is hands down my favorite character – an eccentric writer with an unfortunate penchant for swooning and/or whipping out her notepad to work out a scene at the most inappropriate times (like when she’s supposed to be the lookout). But a more loyal friend you won’t find … unless it’s Phillip Villard or one of the other residents of Bleecker Street, including our heroine Gabriella.

The opening chapters are a hilarious introduction to Gabriella and her friends and the mayhem that is their dynamic. Not to mention the unexpected reunion with her long lost best friend and fellow former street thief (and our story’s hero) Nicholas. You’ll love Nicholas & Gabriella separately as individual characters but also as friends who have the potential to be so much more. Their chemistry is quite swoony (as is Nicholas) yet not without several hilarious moments as well. I really enjoyed how the author wrote their reconciliation with who they were in the past, who they are now – after everywhere life has taken them over the years – and who they aspire to be in the future. I also loved watching Nicholas pursue Gabriella with a patient intentionality and a tender twinkle in his eye, as though he knows a secret she isn’t yet privy to.

Bottom Line: To Steal a Heart is true entertainment as only Jen Turano can provide! Part farce, part romantic comedy, it brings the Gilded Age world to life with plenty of laughter and even a few swoons. You’ll run into some sweetly tender aspects to this story as well, along with a subtle-but-not-hidden faith message that is organic to these characters and their journeys. Perfect for fans of the author’s other books, P. G. Wodehouse & Georgette Heyer. Can’t wait for Daphne’s story next – To Write a Wrong releases August 2021 (and how am I to wait that long?!?) 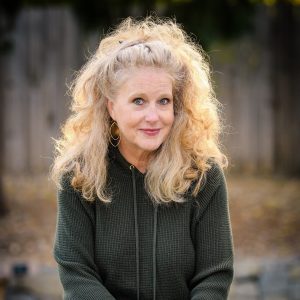 Named One of the Funniest Voices in Inspirational Romance by Booklist, Jen Turano is a USA Today Best-Selling Author, known for penning quirky historical romances set in the Gilded Age. Her books have earned Publisher Weekly and Booklist starred reviews, top picks from Romantic Times, and praise from Library Journal. She’s been a finalist twice for the RT Reviewers’ Choice Awards and had two of her books listed in the top 100 romances of the past decade from Booklist. When she’s not writing, she spends her time outside of Denver, CO. Readers may find her at www.jenturano.com or www.facebook.com/jenturanoauthor or on Twitter @JenTurano.

Other Books by Jen Turano


What about you? What makes you want to read To Steal a Heart by Jen Turano?

4 responses to “Book Review: To Steal a Heart by Jen Turano”