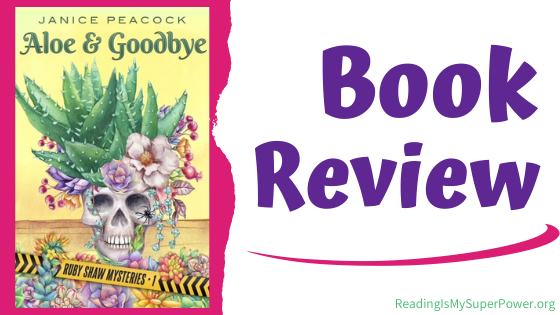 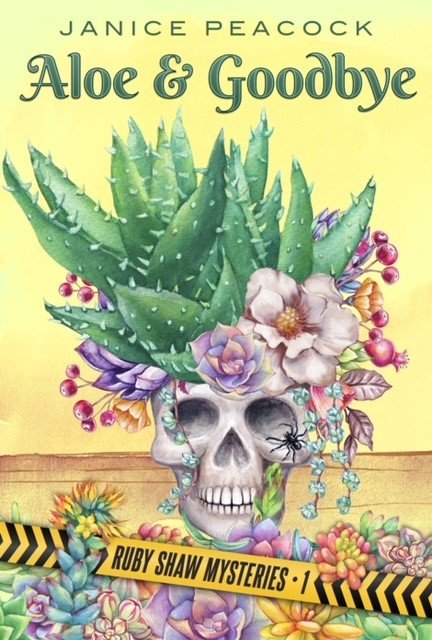 After being placed in witness protection, Ruby Shaw and her daughter move to the former ghost town of Paradise, Arizona, which is nothing like its name implies. The US marshal handling their case has this advice: Fly under the radar—but that’s difficult to do after their neighbor is murdered.
====================
New Yorker Ruby Shaw arrives in a hillside town in Arizona with a brand-new name, a duffel bag on her shoulder, and her daughter, Allie, at her side. Before arriving, Ruby witnesses a murder that lands her in the witness protection program. That decision means she’s gone from being a successful artist to being a nobody in a postage-stamp-sized town called Paradise—a name that doesn’t fit the former ghost town. Even though their new digs are a little shabby, and there may be ghosts haunting the town, they are optimistic about their new lives, that is, until a neighbor turns up dead.

Having just arrived in town, living next door to the victim, and without an alibi, the community members are suspicious of Ruby. A local deputy befriends her, but the deputy still points to her as the culprit each time they find a new clue. If matters weren’t bad enough, Allie is having trouble fitting in at her new school, and Ruby can’t seem to hold down a job.

As they settle in, they meet the quirky inhabitants of Paradise: Bette—the chatterbox café owner, Flora—Allie’s eccentric babysitter, and Derek—who runs local history tours, which he jazzes up with ghost stories of questionable veracity.

Ruby’s life improves when she meets a handsome cook at the local café who is passionate about succulents and cacti, and may feel equally passionate about her. Even though Ruby and Allie want to stay in Paradise, a US marshal has other ideas, as he threatens to move them to a new town after Ruby gets mixed up in the murder investigation. Ruby must find the killer before she and Allie lose their new home or even worse—their lives.

I’ve been intrigued lately by WITSEC (witness protection) stories, so when Aloe and Goodbye crossed my path I knew I had to read it!

I instantly liked Ruby Shaw (as she is now known, thanks to her new government-created identity) and her tween daughter Allie. They have a good mother-daughter relationship, despite the recent upheaval in their lives that has them each more emotionally on-edge than usual. Both are strong characters with good hearts, and they’re doing the best they can to adjust to these drastically new circumstances. I found their relationship and their personalities very relatable, even if I can’t relate to their precise situation. They also just made me smile on more than one occasion, and that’s always a win in my book.

Paradise, Arizona, is a far cry from their previous home in New York City, and it’s one of the quirkier towns I’ve visited in cozy mysteries. All of the primary supporting characters that Ruby & Allie encounter in Aloe and Goodbye are a little mysterious and varying degrees of eccentric. It’s not long before Ruby has friends, enemies, and everything in between – including a romantic interest and an adorable dog – as she settles in. All of this makes for a long suspect list when Ruby’s next door neighbor ends up murdered, and because I couldn’t quite figure out most of these characters I had a hard time eliminating anybody in my own sleuthing.

Bottom Line: Aloe and Goodbye by Janice Peacock is an engaging start to a new cozy mystery series, and readers will easily love newly-relocated (via the Witness Protection program) Ruby & her tween daughter Allie. The plot is a mix of adjusting to their new identities, life in the WITSEC program, and solving the murder of the town matriarch before Ruby ends up in jail as suspect number one. I thought some of the things that happened needed some more foundation – either the motivations just weren’t clear to me or there wasn’t the follow-up I expected. But overall, I really enjoyed this book and found it well-written and entertaining. The quirky town of Paradise with its delightfully eccentric characters has many more stories to tell, I believe, and I’m looking forward to finding out what other secrets may be uncovered there.

Reviewer’s Note: Readers may want to be aware that there are some mild, scattered curse words and an occasional crude term in this book. 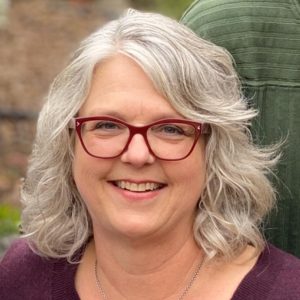 Janice Peacock is a cozy mystery author who specializes in craft and hobby mysteries. She loves to write about artists who find new ways to live their lives and perhaps catch a criminal or two in the process. While working in a glass studio with several colorful and quirky artists, she was inspired to write the Glass Bead Mystery Series. The Ruby Shaw Mysteries, which are set in a small hillside mining town, were inspired by her trips to Jerome, Arizona, and Jacksonville, Oregon.

When Janice isn’t writing about amateur detectives, she wields a 2,500-degree torch to melt glass and create one-of-kind beads and jewelry. She lives in the San Francisco Bay Area with her husband and an undisclosed number of cats. Visit Janice online at janicepeacock.com.

What about you? What makes you want to read Aloe and Goodbye by Janice Peacock?

13 responses to “Book Review (and a Giveaway!): Aloe and Goodbye by Janice Peacock”