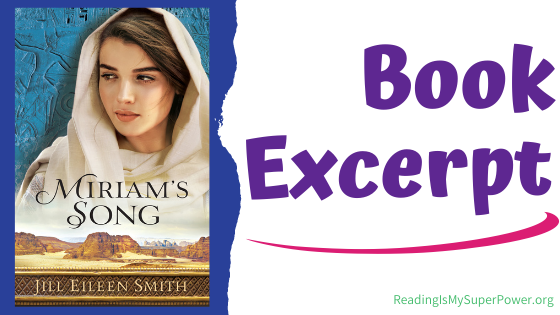 I’m delighted to give you a peek inside Miriam’s Song by Jill Eileen Smith with an excerpt – and a chance for three of you to win a copy of your own! 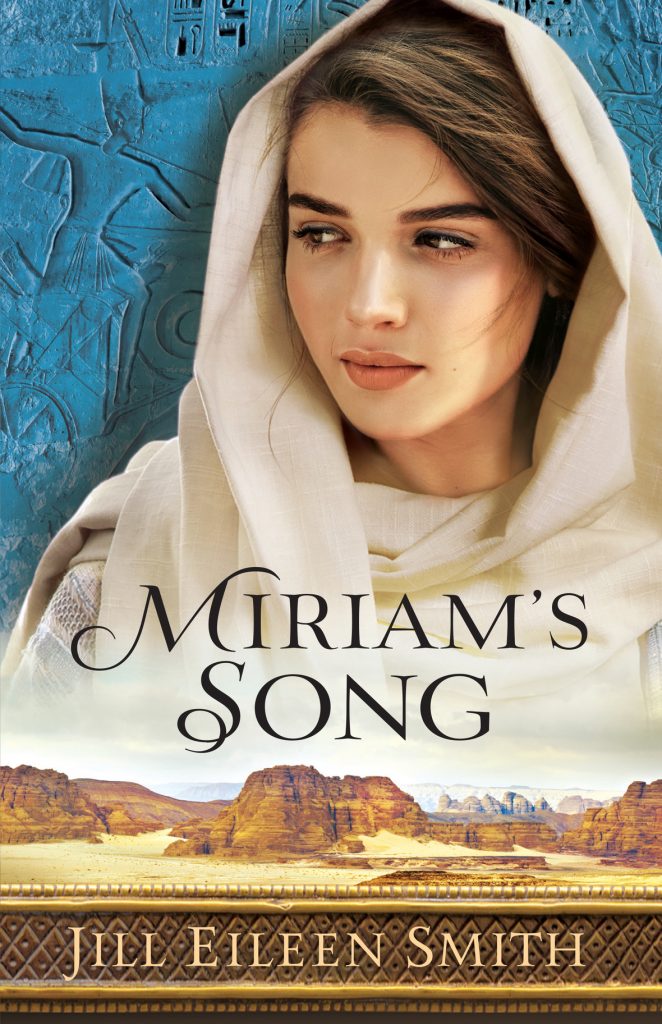 She has prayed for deliverance from Egypt.

But perhaps the greatest liberation happens within the heart.

From the very beginning, Miriam has lived in her younger brother’s shadow. Thrust into the role of protective older sister before Moses was even born, she will grow up into a woman who not only keeps her family’s secret but bears the burden of leading a new nation.

In her mind, she knows that she is serving both her God and her people. But in her heart, Miriam yearns for more. She longs to experience the privileges Moses has–to talk with God face-to-face. But when God finally does speak directly to her, the outcome is not at all what she expects.

With her impeccable research and keen eye for detail, bestselling author Jill Eileen Smith offers this epic novel to fill in the gaps in Miriam’s story, following her from childhood to motherhood, obscurity to notoriety, and yearning to fulfillment as she learns that what God promises He provides–in His own perfect timing.

Then a new king, to whom Joseph meant nothing,
came to power in Egypt. “Look,” he said to his people,
“the Israelites have become far too numerous for us.
Come, we must deal shrewdly with them or they will
become even more numerous and, if war breaks out,
will join our enemies, fight against us and leave the
country.”

So they put slave masters over them to oppress them
with forced labor, and they built Pithom and Rameses
as store cities for Pharaoh. But the more they were
oppressed, the more they multiplied and spread; so
the Egyptians came to dread the Israelites and worked
them ruthlessly.

Hatshepsut peeked through a slit in a curtain that allowed her to watch her father in his audience chamber and listen to his magicians and advisors speak to him. She had escaped her servants and tutors as she often did to watch Pharaoh Thutmose I in his jeweled clothes, his crook and flail crossed before him and the sign of the cobra on his head. One day she would wear that crown, she promised herself. It was a big dream for a young girl, but she had never wanted anything more.

It was all in fun, she’d told her mother when she scolded Hatshepsut for her daydreams. But in her heart Hatshepsut knew better. She would wear her father’s crown, and since she was the only child of his first wife, she knew, even in her  seven years on earth, that she held a highly favored position. She let the curtain fall back into place lest she be seen but sat quietly, straining to hear the men.

“My lord,” one said, “the Hebrews only grow stronger, despite the added work we give them. They breed like cattle even when we beat them with whips and rods. What can we do?”

Silence followed the desperate question. She peered again through the slit and held her breath. If she were caught here, her father would ban her from the audience chamber. But she had to know. What did her father plan to do with the Hebrews?

“You have sent them to the fields and forced them to make their own mortar to go with the bricks?”

“Yes, my lord. We have upped their quotas and put them in rocky fields and forced them to make the land smooth. Nothing works,” the man said.

Hatshepsut released her breath as quietly as she could. They had to be cruel to people who could oppress them. That’s what her father had said many times. She watched him stroke the fake beard he wore on his normally smooth chin. His eyes were slits, painted with kohl, and they narrowed even more now.

“Then we will have to resort to harsher means,” he said. “Call to me the Hebrew midwives.”

Hatshepsut scrunched her brow, mimicking the surprised looks on the faces of her father’s men. What were midwives? And how could they help against so fierce a people as the Hebrews?

“Yes, my king,” two or three men said at once. They retreated backwards from the pharaoh’s presence, and Hatshepsut leaned on her heels and placed both hands around her knees. Her father would not wait long for these midwives to appear before him. No one resisted a summons from the pharaoh.

So she would wait. And learn. She wished she could ask her mother or her servants what a midwife was or why her father wanted to speak to them, but she would figure it out if she could just sit here quietly and not be discovered. Her stomach growled, and she almost rose to hurry to the palace cooking rooms to coax the cooks for a snack, but she didn’t want to miss whatever happened next.

An hour passed and Hatshepsut grew tired in her cramped position, but still she waited. At last the big doors swung open, and two young women slowly walked the length of the audience chamber. They bowed before Pharaoh, their faces to the ground.

Hatshepsut studied them. They wore woolen robes over linen or woolen tunics, with no ornaments in their hair or jewelry on their arms. They were slaves like the rest of the Hebrews. Suddenly Hatshepsut didn’t see them as people to fear. Why, they were no different than her servants, only poorer. As they lifted their heads at her father’s order, she saw that they wore no makeup to enhance their plain features.

“Tell me your names,” Pharaoh barked, making her jump.

The women still knelt, eyes looking again at the floor.

“Shiphrah and Puah,” one said, her voice shaking. They were obviously afraid of her father, and she felt sorry that the women had been forced to come here at all. Why did her father want them?

“You are the heads of the Hebrew midwives?” Pharaoh’s voice carried unquestioned authority.

They both lifted their heads, and Hatshepsut read fear in their eyes.

“When you are helping the Hebrew women during childbirth on the delivery stool, if you see that the baby is a boy, kill him, but if it is a girl, let her live.”

Her father’s words echoed in the hall, and a heavy silence followed. A shiver rushed down Hatshepsut’s spine. A midwife must be a person who helped deliver babies.

“If you see that the child is a boy before the mother completely delivers it, kill the child before it sees the light of day,” he added. “Now go. See that you do not disobey my orders.”

The two women backed from the pharaoh’s chambers without a word, not even an acknowledgment that they would do as he said. Shock filled their faces, and Hatshepsut felt the same.

Her father wanted to kill the Hebrew babies because the Hebrews were becoming too strong for him. Even a child could understand that. But why not just let the Hebrews move away? Send them out of Egypt and ban them from coming back.

She saw the tiniest hint of movement in her father’s quiet sigh. His shoulders slumped. Her father was afraid. Was it true, as her mother had hinted when she didn’t know Hatshepsut heard? Was the pharaoh of Egypt, the grandest nation on earth, weak? 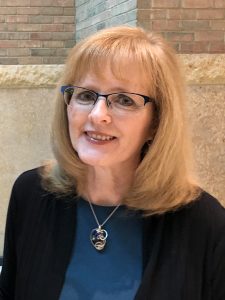 Jill Eileen Smith is the bestselling and award-winning author of the biblical fiction series The Wives of King David, Wives of the Patriarchs, and Daughters of the Promised Land, as well as The Heart of a King and Star of Persia: Esther’s Story. She is also the author of the nonfiction books When Life Doesn’t Match Your Dreams and She Walked Before Us. Her research into the lives of biblical women has taken her from the Bible to Israel, and she particularly enjoys learning how women lived in Old Testament times. Jill lives with her family in southeast Michigan. Learn more at www.jilleileensmith.com. 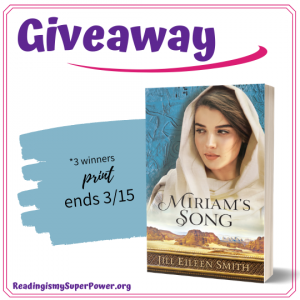 Revell is offering a print copy of Miriam’s Song by Jill Eileen Smith to THREE of my readers! (US only. Void where prohibited by law or logistics.) This giveaway is subject to Reading Is My SuperPower’s giveaway policies which can be found here. Enter via the Rafflecopter form below.


What about you? What makes you want to read Miriam’s Song by Jill Eileen Smith?

15 responses to “Book Spotlight (and a Giveaway!): Miriam’s Song by Jill Eileen Smith”