Welcome to the Blog Tour for Mountain Survival by Christy Barritt, hosted by JustRead Publicity Tours! 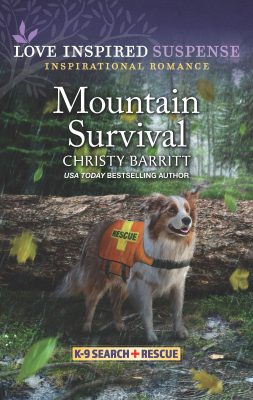 An injured victim has disappeared…

Can a park ranger and her K-9 find him?

When search-and-rescue park ranger Autumn Mercer and her K-9 partner, Sherlock, meet a stranger in the mountains whose brother is injured, they drop everything to help. But all they find where Derek Peterson last saw his sibling is a trail of blood—and men who want them dead.

With gunmen closing in, can Autumn and Derek survive long enough to save his brother?

Her hand went to her gun, and she braced herself, preparing for the worst.

She held her breath, waiting to see what creature might emerge from the trees in the distance. Whatever it was, it sounded big. A bear? She’d seen her fair share of the beasts out here. She liked admiring them, but only from a distance.

Sherlock let out a low growl.

A moment later, someone darted from the trees. A big man with broad shoulders and short dark hair. He wore jeans, a thick vest and a knit cap.

As soon as Autumn saw his face, she knew he wasn’t trouble. Instead, he was in trouble.

Sherlock began barking at him, and the man froze. His breaths seemed shallow. Too shallow. His cheeks were flushed, and his gaze unsteady.

“Heel, boy,” she told the dog. Caution lined her voice.

Sherlock quieted and waited for her instructions, but his eyes remained on the stranger. Autumn quickly studied the man. Just looking at him, she didn’t see any visible injuries. But the look in his eyes told a different story.

“I’m Ranger Autumn Mercer,” she called. “Can I help you?”

The man continued to heave with exertion. “I’ve been trying to find help. It’s my brother. He broke his leg, and I don’t have any cell service out here. He needs help.”

Based on the desperation in his eyes, the break had been bad. The man was clearly concerned.

Autumn glanced above her at the clouds that were becoming darker and darker by the moment. She didn’t have much time to make her choice. She would radio for backup, she decided.

Then she would go and try to help the man herself.

Because if his broken leg wasn’t dangerous enough, the approaching storm was.

Before the thought had time to fully develop, gunfire rang out in the distance.

Her back muscles tightened.

It appeared a trifecta of trouble had found them. Autumn braced herself for whatever waited ahead. 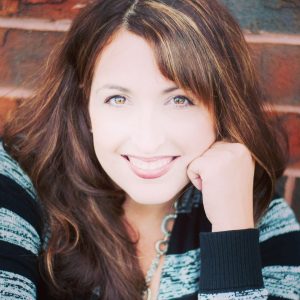 Christy Barritt loves stories and has been writing them for as long as she can remember. When she’s not working on books, Christy writes articles for various publications. She’s also a frequent speaker at various writers groups, women’s luncheons and church events. She’s married to Scott, a teacher. They have two sons, two dogs and a houseplant named Martha. For more information, visit her website at www.christybarritt.com. 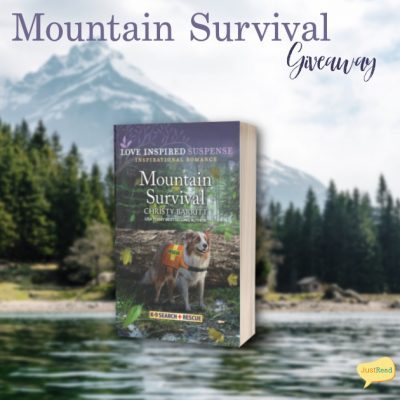 (1) winner will receive a print copy of Mountain Survival!

Full tour schedule linked below. Giveaway began at midnight March 10, 2021 and will last through 11:59 PM EST on March 17, 2021. Winner will be notified within 2 weeks of close of the giveaway and given 48 hours to respond or risk forfeiture of prize. US/CAN only. Void where prohibited by law or logistics.

What about you? What makes you want to read Mountain Survival by Christy Barritt?

8 responses to “Book Spotlight (and a Giveaway!): Mountain Survival by Christy Barritt”