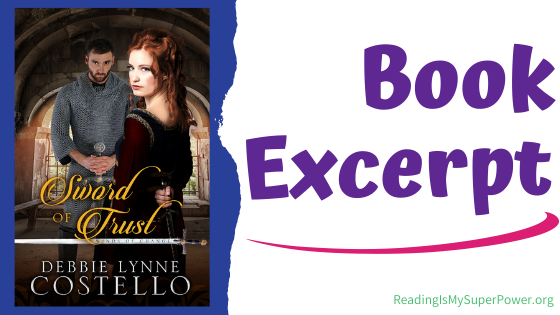 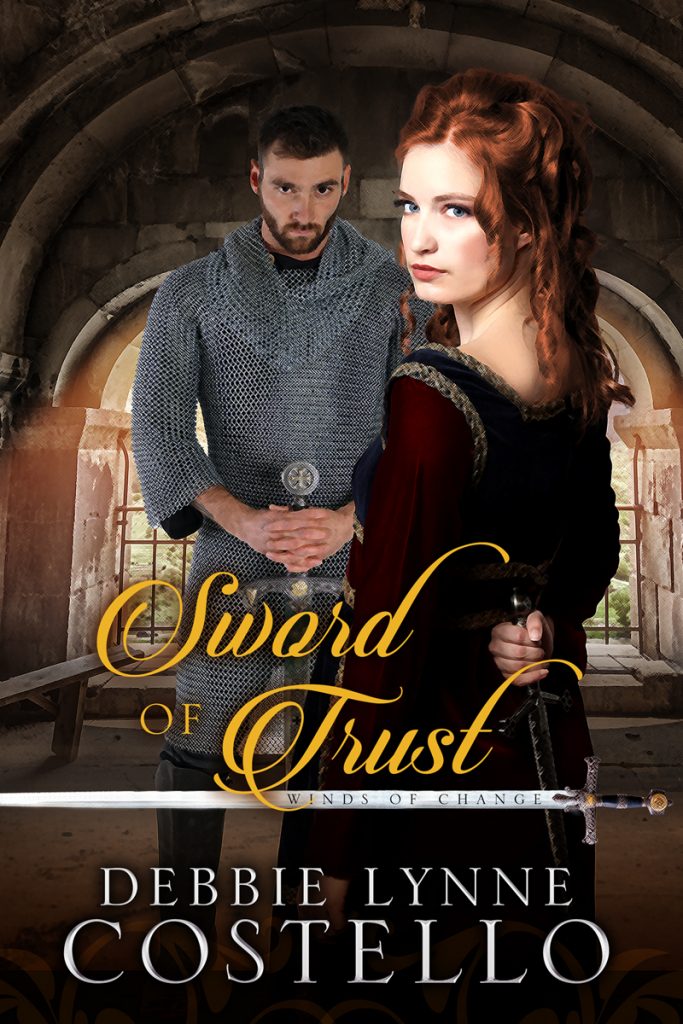 Deirdre Mackenzie has spent her life hiding from her father and hating the English. However, when she is caught stealing from an English laird, his unexpected kindness begins to melt away her hatred and strums lonely heartstrings longing for love. Bryce Warwick discovers the “boy” caught with his livestock is actually a young woman. After several attempts to lure the truth from her, he determines she is as deceitful as his late fiancée who nearly cost him his life. But the woman is the least of his worries with the turbulence brought on by threats of another border war and by King Richard’s distrust of the nobles.

With old wounds in need of healing and adversaries who would ruin their chances at true love, both must learn to trust in a way they never knew possible.

The stakes are high, secrets prevail, and treason is just a kiss away.

They rode along in silence, and she feared she’d offended him somehow. Her feelings were so jumbled, she was glad she sat upon her palfrey, for her knees were weak thinking of this handsome laird. Never had she felt like this. Was this what love felt like? It addled a person’s thoughts and unsettled their stomach? If so, she wanted nothing to do with it. Yet the desire to be around him grew each time she was with him.

They entered the small village that was a part of Rosen Craig’s demesne. Villeins peered out small windows and children ran into the narrow street as the horses walked along.

“Good aftermete, to you,” Bryce replied. “How is your family?”

She smiled. “’Tis well we are, milord. Much thanks for asking.”

“Where is your son?”

“He went with his da’ to work the field.” The woman looked to be ten years older than Deirdre. The dirt smudges on her face couldn’t hide the beauty in her fine features and blue eyes.

Bryce opened a pouch tied to his belt and pulled out a sweet. He leaned down and handed it to her. “Give this to Roger. Tell him it is from his lord for a hard day of work.”

As they continued down the dusty track of a road, children ran from their small homes, arms stretched out. Not a hand was left empty. The contents of the purse appeared endless, much like the widow’s jar of oil in Elisha’s day.

“You must do this often.” Deirdre broke the silence between her and Bryce.

He shrugged, appearing uncomfortable. “They do not have much. ’Tis a small thing I can do to bring them joy. And Nog loves to make them for the children.” 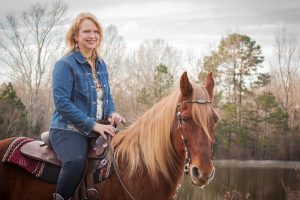 Debbie Lynne Costello is the author of Sword of Forgiveness, Amazon’s #1 seller for Historical Christian Romance. She has enjoyed writing stories since she was eight years old. She raised her family and then embarked on her own career of writing the stories that had been begging to be told. She and her husband have four children and live in upstate South Carolina with their 4 horses, 3 dogs, a miniature donkey, and 6 pekin ducks. 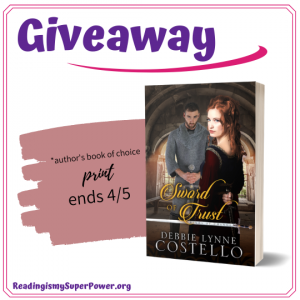 Debbie Lynne Costello is offering a print copy of any one of her books (winner’s choice) to one of my readers! (US only. Void where prohibited by law or logistics.) This giveaway is subject to Reading Is My SuperPower’s giveaway policies which can be found here. Enter via the Rafflecopter form below.


What about you? What makes you want to read Sword of Trust by Debbie Lynne Costello?

27 responses to “Book Spotlight (and a Giveaway!): Sword of Trust by Debbie Lynne Costello”