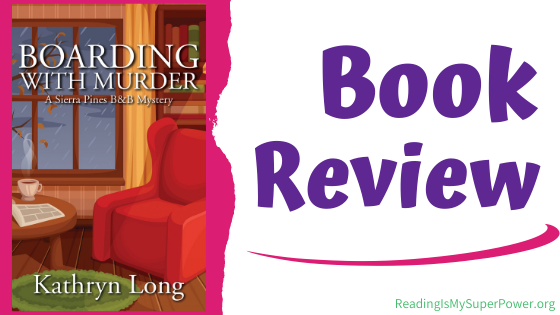 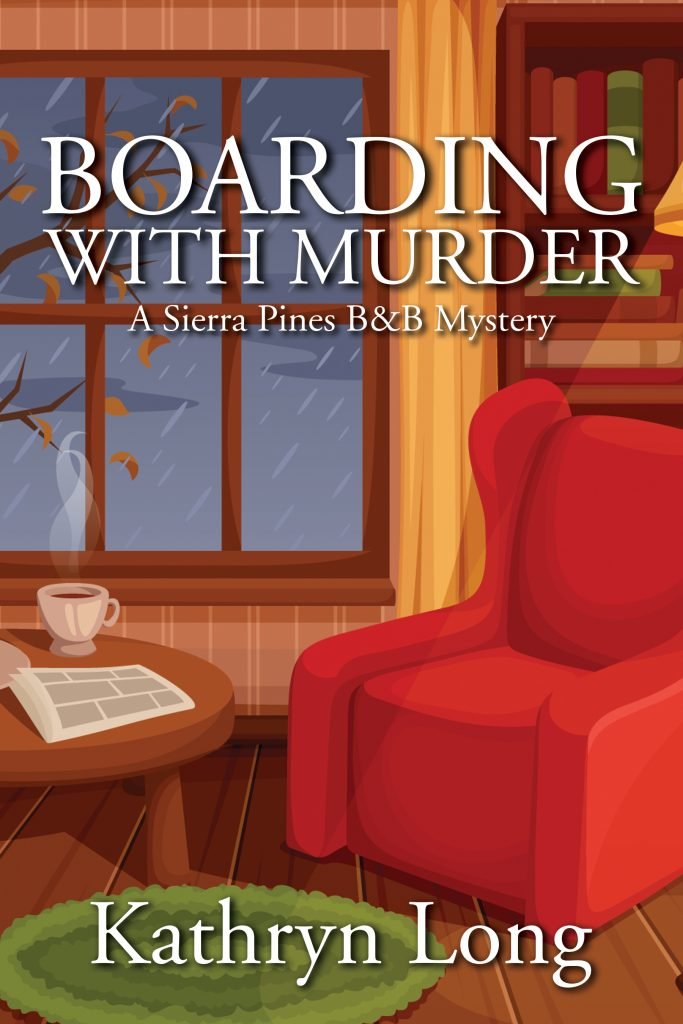 Take one quaint B&B, two kind but quirky caretakers, a dead aunt, a murdered friend, and you have mystery. Ali Winston finds she’s inherited trouble along with her aunt’s B&B, but can she reveal the killer before the curtain closes?

This is my first book by Kathryn Long, but I hope it’s not my last! I enjoyed meeting Ali, Gladys, Ollie, and swoonilicious Quint – and I look forward to spending more time with them as the series progresses.

Poor Alexis (Ali) – she’s just lost her job and heads from New York to California to spend some much-needed time with her aunt Julia. Only to discover upon arrival that Julia has passed away – and her best friends (and caretakers of her B&B) think she was murdered. When there really is a murder on the premises a couple days later, those caretakers – quirky and endearing sibling pair Gladys and Ollie – are the prime suspects, though sheriff Quint tries his best to put off the inevitable as long as possible. The plot is full of potential suspects, and while I had my suspicions as to the correct culprit, my certainty wavered more than once as everything unfolded. The author did a great job with twists, turns, and red herrings, and it solidly held my attention from beginning to end.

The romance factor in Boarding With Murder is a bit more of a focus than it usually is in a cozy mystery but you won’t hear me complaining! Did I mention how yummy Quint is – and his kisses? He moved pretty fast but that’s understandable considering how many sparks flew whenever he and Ali were in the same room. I loved everything about this smoldering sheriff with his amused grins and romantic side.

Bottom Line: Boarding With Murder by Kathryn Long is a delightful start to a new cozy mystery series with quirky characters, old Hollywood charm, a lovely setting & a dash of romance. I enjoyed Ali’s first person narrative – and getting to know her character better through it. I also have a feeling that readers will fall for the Bellwether siblings, Gladys & Ollie, as much as I did. Their interactions with each other and various other characters added plenty of smiles to the story, as did swoony sheriff Quint (and the romantical possibilities for his character & Ali’s). The mystery, though loaded down with possible suspects, gets sharper as it unfolds and this complexity kept me guessing throughout. Loved the classic Hollywood nods too! 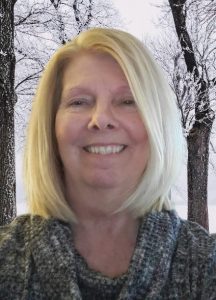 Retired teacher, Kathryn Long now spends her days plotting and writing mysteries. Her most recent credits are romantic suspense novel, A DEADLY DEED GROWS and mystery, BURIED IN SIN. She’s a member of Sisters in Crime as well as of International Thriller Writers. Under the pen name, Bailee Abbott this author writes the Paint by Murder cozy series, starting with A BRUSH WITH MURDER soon to be released. Kathryn lives with her husband and furry friend Max in the quiet suburbs of Green, Ohio.

What about you? What makes you want to read Boarding With Murder by Kathryn Long?

One response to “Book Review (and a Giveaway!): Boarding With Murder by Kathryn Long”