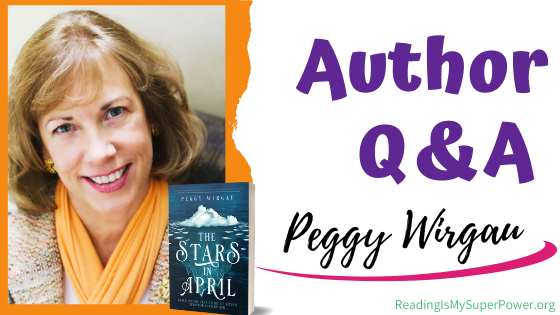 Please join me in welcoming author Peggy Wirgau to the blog today to chat about her debut novel The Stars in April! 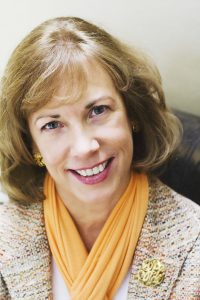 Peggy Wirgau is a Michigan native and now lives in Delray Beach, Florida. She loves bringing history to life for readers. Peggy has written for Appleseeds, Insight, Learning Through History, and contributed to Why? Titanic Moments by Yvonne Lehman. Her debut novel, The Stars In April, is based on the true story of Ruth Becker, twelve-year-old Titanic survivor. Her blog features in-depth Titanic stories, and her followers include descendants of the ship’s real-life victims and survivors.

A graduate of Michigan State University and George Mason University, Peggy is an active member of American Christian Fiction Writers, Society of Children’s Book Writers and Illustrators, Historical Novel Society, and Great Lakes Titanic Connection. She loves to travel and explore historical sites. Peggy is also a Registered Nurse. She and her husband have two adult children. 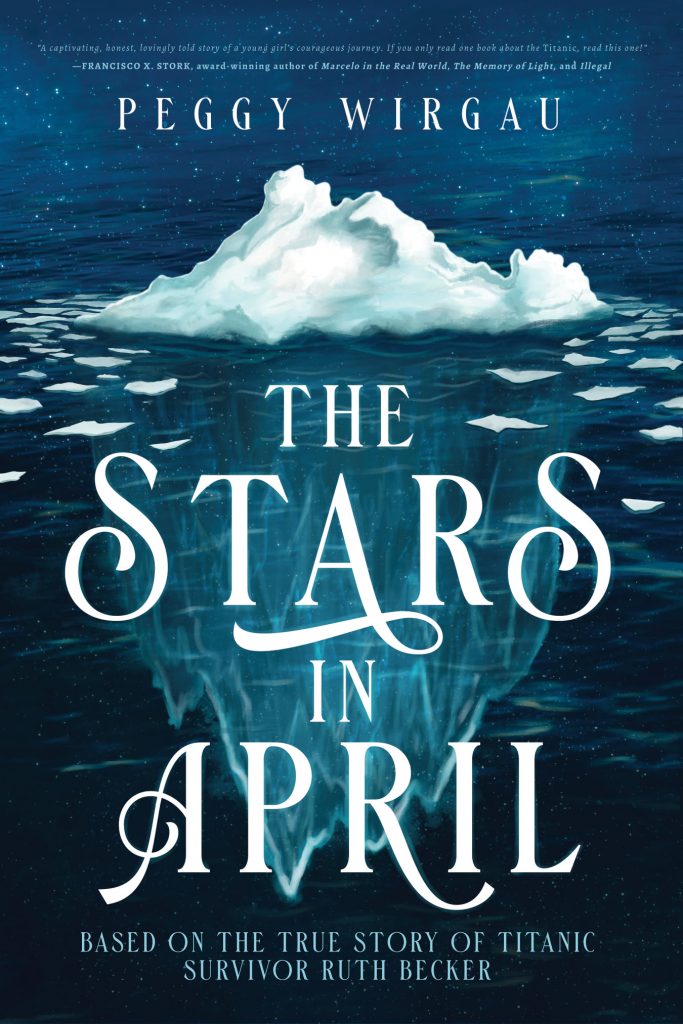 Based on the True Story of Twelve-Year-Old Titanic Survivor, Ruth Becker

“Sometimes we have to go a long way to find out who we are.”

The year is 1912. When doctors in India are unable to treat her baby brother’s illness, Ruth’s missionary parents decide there is one solution: move her mother and the children across the world—to Michigan.

But India is the only home Ruth knows. In a matter of days, she must leave Papa and all she loves behind, abandon her dream of one day playing violin in the Calcutta Orchestra, and embark on a rollicking, four-week journey across the Arabian and Mediterranean Seas, followed by the voyage to New York aboard the luxurious, ill-fated RMS Titanic.

Ruth’s story is one of courage and self-sacrifice as she earns her sea legs and faces the unknown, culminating in a desperate, tragic night she will never forget.

“I feel as though I’m sitting in Ruth’s apartment and she is sharing her life story with me … so very well-written … one can hardly stop reading.”—Floyd Andrick, former Titanic Historical Society member and personal friend of Ruth Becker

Hi Peggy! Welcome to the blog!

Peggy: Cats. They’re just as cute and affectionate as dogs but quieter. If only I wasn’t allergic to them!

Carrie: I have yet to meet an cat that’s as affectionate as a dog but maybe I’m just acquainted with the wrong sort of cats haha!

Peggy: Coffee, hands down. Tea just doesn’t do it for me.


Carrie: If I liked either one, I think I would need that extra caffeine boost too!

Peggy: Ocean. Although I love visiting the mountains of Colorado where my daughter lives, I prefer beach walks and the sound of the waves. I’m blessed to live near the Atlantic Ocean, and it never fails to thrill me.


Carrie: I love listening to the ocean but don’t care for the beach – but, if it was a mountainous, rocky coast, now we’re talking! 😉

Peggy: Print book. I’ll read an eBook if I must, but it’s just not the same!


Carrie: so true! I read mostly ebooks now to avoid eye strain but there’s still nothing like holding a print book in your hands…

Peggy: I loved watching the show “Bewitched” when I was young. With a twitch of her nose, Samantha would clean the house, put a gourmet meal on the table, and get totally ready for guests. THAT would be my superpower!


Carrie: wouldn’t that be a wonderful superpower to have?!?


Peggy: Current nightstand books: A Castaway in Cornwall by Julie Klassen and Night Bird Calling by Cathy Gohlke. I have a long list of TBRs, mostly historical fiction set during the American Revolution, the time period for my next novel.


Carrie: I love both of those authors & their books!


Peggy: My characters would first tell you that I’m a very slow writer. They probably stand around with their arms folded and rolling their eyes while I make up my mind about what they should say or do. And while they’re waiting for marching orders, I’m spending too much time on their feelings or what their world looks like. But I’m learning to let them loose, and we’ve developed a good working relationship!


Q: Did you have the whole plot outlined before you started writing The Stars in April, or did you let the characters dictate what came next?


Peggy: I had a pretty good outline of how things needed to go, but it was interesting to see how the characters took over some of the scenes. As their personalities developed, I found them saying the unexpected, or twisting what I wanted them to do. Discovering more through research made for some big changes to the plot as well.

Carrie: I love history so I know I’d love making those research discoveries too!


Q: Some authors like to hide little things in their stories. Is there anything you have hidden in The Stars in April?


Peggy: For readers familiar with some of the well-known Titanic passengers, I drop a few things without explaining them, like one of their first names in an overheard conversation aboard the ship. I’ve also hidden things just for me … little bits that remind me of someone I know or a place I’ve been.

Carrie: aww i love that!


Q: What do you most want readers to take away from The Stars in April?

Peggy: I hope The Stars in April gives readers a true sense of what the Titanic passengers and crew experienced. But more importantly, I hope it shows Ruth Becker’s bravery and fighting spirit as she faced enormous life changes, a voyage she would never forget, and found a way to embrace her future with the help of God.

Peggy: My Work in Progress is based on another true story, set in New York City during the American Revolution. It’s told from the point of view of the only female member of General Washington’s spy ring.

Peggy Wirgau is offering a signed, paperback copy of The Stars in April to one of my readers! (US only. Void where prohibited by law or logistics.) This giveaway is subject to Reading Is My SuperPower’s giveaway policies which can be found here. Enter via the Rafflecopter form below.


What about you? What makes you want to read The Stars in April by Peggy Wirgau?

21 responses to “Author Interview (and a Giveaway!): Peggy Wirgau & The Stars in April”