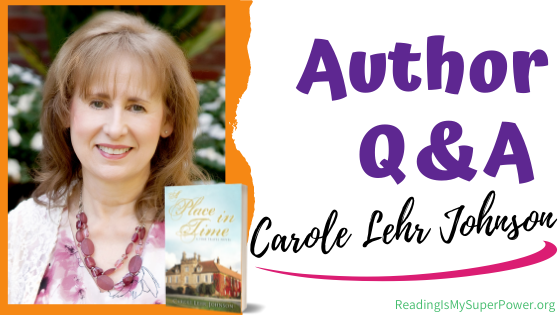 Please join me in welcoming Carole Lehr Johnson to the blog today to chat about her new novel, A Place in Time! 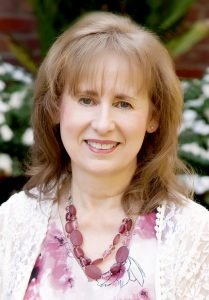 Carole Lehr Johnson is a veteran travel consultant of more than 30 years and has served as head of genealogy at her local library. Her love of tea and scones, castles and cottages, and all things British have led her to immerse her writing in the United Kingdom, whether in the genre of historical or contemporary fiction. She is the author of two novels, Permelia Cottage and A Place in Time. She is a member of the American Christian Fiction Writers (ACFW) and the president of her local chapter. She and her husband live in Louisiana with their goofy cats. For more information, visit www.CaroleLehrJohnson.com 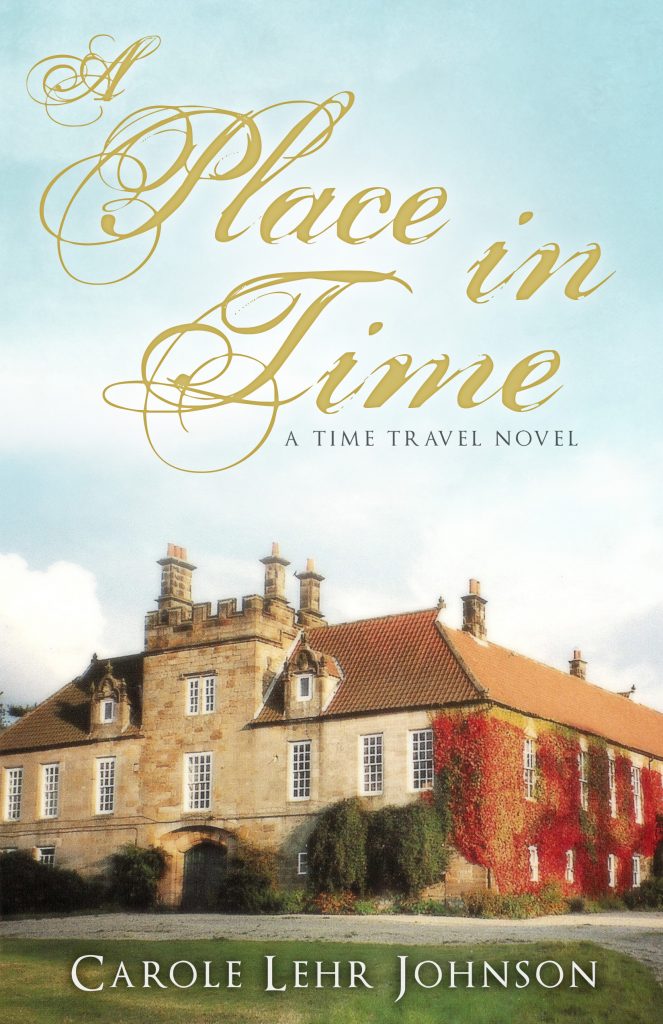 Three women in a time not their own…

For Adela Jenks, the lure of England and time away with her closest friends is a much-needed escape. Her hectic life as a gourmet chef and a string of failed relationships has left her disheartened. She longs for a simpler time of manor houses, nobility, and the romance of courtship, for history to come alive. But she never expected to be thrust into the past with her friends while in the rural village of Stanton Wake.

In 1666, Lord Marcus DeGrey desires to live a quiet life at the newly renovated country manor that he inherited in ruin. He longs to raise his young daughter away from the London society that threatens to devour him and the secrets he must protect.

But life in the seventeenth century is perilous in an era rife with plague, political unrest after civil war, and a looming disaster. The women struggle as servants, their modern-day independence colliding with propriety and romance. When their attempts to return home fail, they must seek to discover God’s purpose for sending them through time.

Hi Carole! Welcome to the blog!

Carole: I love both, but cats are independent, therefore my favorite. One of my cats is named Elizabeth Bennett, aka Lizzie, and is very self-sufficient unless she wants to be pampered.

Carrie: haha i love that


Carrie: but of course 🙂

Carole: Coke—I’m from the southern U.S., home of Coca Cola.


Carrie: Yes! I am in fact wearing a Coca-Cola t shirt & drinking a diet coke while putting this post together in Georgia haha

Carole: There’s something about the ocean that draws me. It’s not sunbathing that attracts me. The sound of the waves sings to me. It’s soothing, vast, and mysterious—like a good book.


Carrie: while i prefer the mountains, i do love listening to the ocean 🙂

Carole: Historical research. I love it! Even as a child I was fascinated by the past. My aunt has been an avid genealogist for decades and has traced our family back hundreds of years. My fascination with the U.K. began with her research. She discovered that most of our ancestry is in Scotland, England, and Ireland.


Carrie: how fun! My grandfather passed along his love of family history to me, so I’ve had much fun over the last few years researching ours – which is mostly in Scotland, England, and Ireland too.


Carrie: Well, since I could never narrow it down to just 5 & it’s a totally unfair question for me to ask (LOL) I’ll allow the series too 😉


Carole: Seventeenth century chamber pots. I needed to know what they did with their refuse and found it to be taken to a cess-pit. Bet they wish they’d had indoor plumbing!


Q: What surprised you about your story or your characters as you wrote A Place in Time?


Carole: Sometimes my characters seem to go in a different direction than I plan. One character that had a nasty breakup with her fiancé was supposed to be so upset that she didn’t want to have anything to do with another man for a while. I had outlined her first response to a man she encountered to be loathing. Someone I wanted her to dislike—immensely—but she ended up being attracted to him. I tried to make her abhor him, but she would have none of it!


Q: Some authors like to hide little things in their stories. Is there anything you have hidden in A Place in Time?


Carole: Yes. I do sprinkle little things throughout my stories. Bits and pieces of things I’ve seen, or heard, on my travels to the U.K. I met a delightful pair of ladies on a bus between the tiny village of Ebbesbourne Wake and Shaftesbury (England). The elder woman was named Beryl and I used her name in a story.


Q: What do you most want readers to take away from A Place in Time?

Carole: God sent His Son to show us the depth of His love, and He has a plan for our lives.

Carole: A seventeenth century split time story set in Cornwall. There will be smugglers, spies, a bookstore, and—of course—romance. 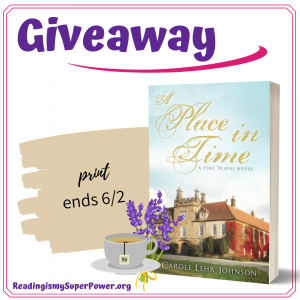 Carole Lehr Johnson is offering a signed print copy of A Place in Time, a tea sampler, and a lavender scented eye pillow to one of my readers! (US only. Void where prohibited by law or logistics.) This giveaway is subject to Reading Is My SuperPower’s giveaway policies which can be found here. Enter via the Rafflecopter form below.


What about you? What makes you want to read A Place in Time by Carole Lehr Johnson?

26 responses to “Author Interview (and a Giveaway!): Carole Lehr Johnson & A Place in Time”