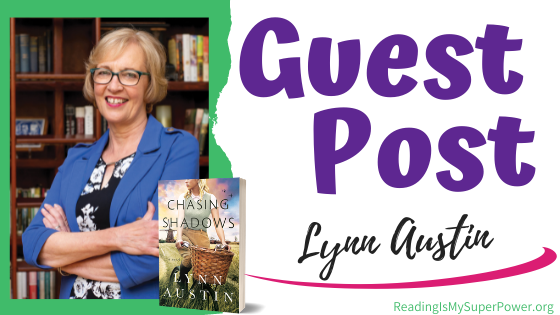 I’m so delighted to welcome author Lynn Austin to the blog today to share about two of her personal heroines & her new historical fiction, Chasing Shadows! 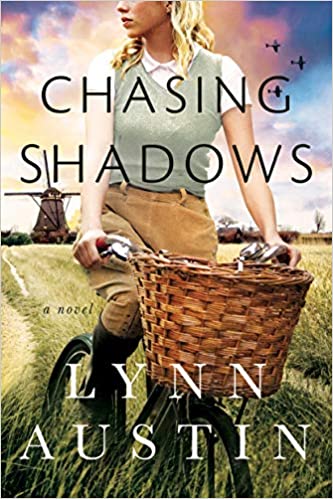 For fans of bestselling WWII fiction comes a powerful novel from Lynn Austin about three women whose lives are instantly changed when the Nazis invade the neutral Netherlands, forcing each into a complicated dance of choice and consequence.

Lena is a wife and mother who farms alongside her husband in the tranquil countryside. Her faith has always been her compass, but can she remain steadfast when the questions grow increasingly complex and the answers could mean the difference between life and death?

Lena’s daughter Ans has recently moved to the bustling city of Leiden, filled with romantic notions of a new job and a young Dutch police officer. But when she is drawn into Resistance work, her idealism collides with the dangerous reality that comes with fighting the enemy.

Miriam is a young Jewish violinist who immigrated for the safety she thought Holland would offer. She finds love in her new country, but as her family settles in Leiden, the events that follow will test them in ways she could never have imagined.

The Nazi invasion propels these women onto paths that cross in unexpected, sometimes-heartbreaking ways. Yet the story that unfolds illuminates the surprising endurance of the human spirit and the power of faith and love to carry us through.

Heroism Born of Adversity and Faith


Two of my personal heroines are ordinary Dutch women whose Christian faith compelled them to risk their lives to rescue Jews during the Holocaust. The first woman is Corrie ten Boom, who was arrested by the Nazis because of her work and imprisoned in a concentration camp. Corrie’s father and sister were arrested with her and died there. Their story, told in Corrie’s autobiography, The Hiding Place, had a profound effect on me when I read it. I wondered if my faith was strong enough to face hardship as heroically as she and her family did.

My second heroine is Diet Eman, who was only nineteen years old and newly engaged to her sweetheart, Hein, when the Nazis invaded. In her autobiography, Things We Couldn’t Say, she tells how she and Hein were also arrested and sent to concentration camps, where Hein died. I had the privilege of hearing Diet Eman speak a few years ago when she was honored for her courage. She humbly shook her head and said, “If you had been there, you would have done the same thing.” I wondered if that was true.

Corrie ten Boom and Diet Eman were the inspiration for my newest novel, Chasing Shadows, which takes place in the Netherlands during World War II. Like Corrie and Diet, my three main characters face challenges to their faith under Nazi occupation and are forced to make difficult, life-and-death decisions. Thankfully, most of us haven’t had our faith tested this severely. Yet because we live in a fallen world, we will face trials and adversity during our lifetimes. The Bible makes it clear that bad things sometimes do happen to good people. And it says, “When troubles of any kind come your way, consider it an opportunity for great joy. For you know that when your faith is tested, your endurance has a chance to grow” (James 1:2-3, nlt). Corrie and Diet found strength from their relationship with God. Their stories demonstrate at least three ways that faith can propel ordinary people to act heroically.

First, our faith teaches us to put others’ needs ahead of our own. As followers of Christ, we’re taught to follow His example and put our love for God into action by loving our neighbor—and also our enemies. Jesus said, “This is my commandment: Love each other in the same way I have loved you. There is no greater love than to lay down one’s life for one’s friends” (John 15:12-13, nlt). Diet Eman postponed her marriage to Hein so they could do God’s work. In his last letter to her, Hein wrote, “Even if we won’t see each other again on earth, we will never be sorry for what we did, that we took this stand.” As we grow closer to God and begin practicing selfless love every day, it becomes natural to love when our faith is tested. Corrie ten Boom said, “Every experience God gives us, every person He puts in our lives is the perfect preparation for the future that only He can see.” A true hero loves others sacrificially.

Second, our faith prepares us for adversity by teaching us to trust God’s plan, even when we don’t understand it. When faced with unimaginable difficulties, Corrie and Diet already knew they could trust God because they’d learned to take everything to Him in prayer. They also knew God’s faithfulness from reading the Scriptures. They saw how Joseph’s terrible trials in Egypt led to his family’s salvation, how the persecution and scattering of the early church led to the spread of the gospel, and how the brutal tragedy of Christ’s crucifixion led to our salvation. When we study the Bible, we learn to trust God when He says, “My thoughts are nothing like your thoughts. . . . And my ways are far beyond anything you could imagine” (Isaiah 55:8, nlt). Corrie ten Boom tells how a terrible plague of fleas in her concentration camp barracks turned out to be a blessing because the guards refused to enter, leaving the prisoners free to hold a Bible study. True heroes are willing to take bold steps of faith knowing that “God causes everything to work together for the good of those who love God and are called according to his purpose for them” (Romans 8:28, nlt).

Finally, our faith trains us to become God’s servants, willing to obey Him in spite of the cost. When adversity comes, Christ’s servants don’t ask, “Why is this happening to me?” but “What are You teaching me, Lord? What do You want me to do in this situation?” Choosing to obey God when facing trials can lead to acts of great courage. Daniel’s three friends chose death in a fiery furnace rather than bow down to idols. They said, “The God whom we serve is able to save us. He will rescue us from your power, Your Majesty. But even if he doesn’t . . . we will never serve your gods or worship the gold statue” (Daniel 3:17-18, nlt). Corrie ten Boom wrote, “I know that the experiences of our lives, when we let God use them, become the mysterious and perfect preparation for the work He will give us to do.” Obedience to God led her and Diet to stand against the Nazis in the same way the apostles stood up to the religious leaders saying, “Judge for yourselves whether it is right in God’s sight to obey you rather than God” (Acts 4:19, niv84). True heroism is shown in our obedience to God, in spite of the consequences.

In reading Corrie’s and Diet’s stories and in writing Chasing Shadows, I was reminded not to take my faith and my relationship with God for granted when things are going well. Life could change very quickly, so the faith that will get us through the hard times must be cultivated and nourished in the good times, through prayer, Scripture reading, and in seeking a closer relationship with God. Corrie tells the story of feeling weak and fearful as a child, and her father’s wise response:

“Why, just before we get on the train.”

“Exactly. And our wise Father in heaven knows when we’re going to need things, too. Don’t run out ahead of Him, Corrie. When the time comes that some of us will have to die, you will look into your heart and find the strength you need—just in time.”

If we seek to know our heavenly Father more and more each day, He will provide the strength and courage we need when our hour of trial comes. 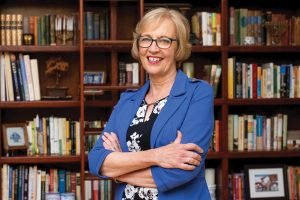 Lynn Austin has sold more than one and a half million copies of her books worldwide. A former teacher who now writes and speaks full-time, she has won eight Christy Awards for her historical fiction and was one of the first inductees into the Christy Award Hall of Fame. One of her novels, Hidden Places, was made into a Hallmark Channel Original Movie. Lynn and her husband have three grown children and make their home in western Michigan. Visit her online at lynnaustin.org.

Tyndale is offering a print copy of Chasing Shadows by Lynn Austin to one of my readers! (US only. Void where prohibited by law or logistics.) This giveaway is subject to Reading Is My SuperPower’s giveaway policies which can be found here. Enter via the Rafflecopter form below.


What about you? What makes you want to read Chasing Shadows by Lynn Austin? Who are some of your heroines (or heroes) of the faith?