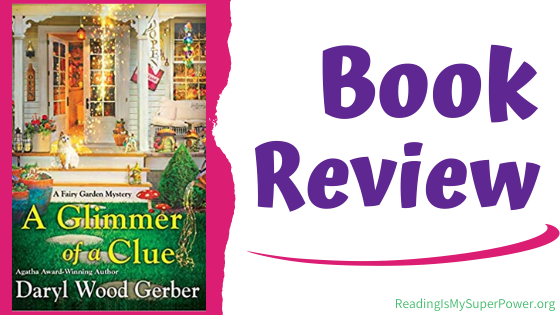 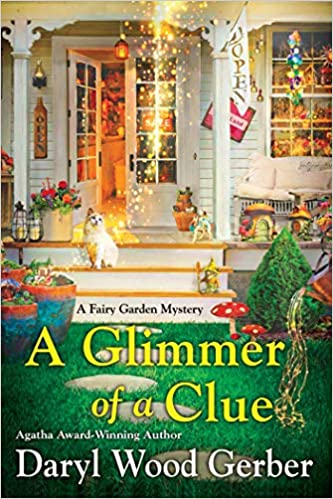 Courtney Kelly has a shop full of delights, a cat named Pixie, a green thumb—and a magical touch when it comes to garden design. But in Carmel-by-the-Sea, things aren’t all sweetness and fairy lights . . .

When Courtney’s friend Wanda gets into a ponytail-pulling wrestling match in public with a nasty local art critic, Courtney stops the fight with the help of a garden hose. But Lana Lamar has a talent for escalating things and creating tension, which she succeeds in doing by threatening a lawsuit, getting into yet another scuffle—in the midst of an elegant fundraiser, no less—and lobbing insults around like pickleballs.

Next thing Courtney knows, Lana is on the floor, stabbed with a decorative letter opener from one of Courtney’s fairy gardens, and Wanda is standing by asking “What have I done?” But the answer may not be as obvious as it seems, since Wanda is prone to sleepwalking and appears to be in a daze. Could she have risen from her nap and committed murder while unconscious? Or is the guilty party someone else Lana’s ticked off, like her long-suffering husband? To find out, Courtney will have to dig up some dirt… 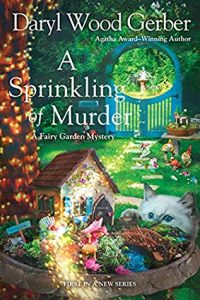 Any time I pick up a cozy mystery by Daryl Wood Gerber, I know I’m in for a treat. An engaging writing style, clever plotting, and likable characters are a sure thing, and all this (plus a little fairy magic) can be found in her newest book, A Glimmer of a Clue!

Courtney and her fairy garden shop immediately draw you into the story, along with the colorful cast of supporting characters (including swoony Brady). The fairies, especially Courtney’s fairy Fiona, add an element of whimsy and magical realism as well as being an effective plot device when it comes to helping Courtney snoop for clues, etc. It did get a tad bogged down at times in the whys and wherefores of the fairy world but it stays pretty natural to the story even then and provides the necessary background for readers who haven’t read book one yet. I also got a chuckle out of Fiona’s recent interest in Sherlock Holmes books and how that shows up in her sleuthing lol.

The murder mystery is full of twists and turns and possible suspects. No one liked the victim (of course) so it’s not hard to find people with a reason to kill her. But there are lots of interesting layers that make it more complex than it first appears. From the prime suspect who appears to be sleepwalking at the time of the murder to the cloaked witness who has her own set of secrets and the highly-contested pickleball championship rules, there’s definitely more going on beneath the surface in this mystery, which makes it difficult (and enjoyable) to narrow down the culprit. You may even find yourself tapping into your own inner Sherlock Holmes to help Courtney and Fiona figure out whodunit.

Bottom Line: A sleepwalking murder suspect, a mysterious woman in a cloak, a spooky gray cat, and a whole host of plausible (and intriguing) culprits – throw in the quaint Carmel-by-the-Sea setting, a hint of romance, and a bit of fairy magic for good measure & you’ve got an engaging cozy mystery that will keep you turning the pages! I really enjoy this author’s writing voice and the way she crafts a plot, and A Glimmer of a Clue is no exception. I also loved the bits of magical realism, thanks to the fairy elements, and I thought the concept of Courtney’s shop sounded like lots of fun! The victim in this story said that we all need a little make-believe in our lives, and Daryl Wood Gerber does a great job giving us those moments – and a fantastic mystery – as we read A Glimmer of a Clue! 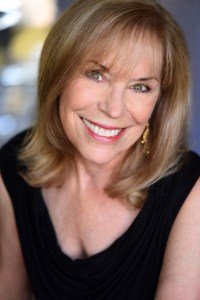 Agatha Award-winning author Daryl Wood Gerber writes the nationally bestselling Cookbook Nook Mysteries, the Fairy Garden Mysteries, and the French Bistro Mysteries. As Avery Aames, she pens the popular Cheese Shop Mysteries. In addition, Daryl writes the Aspen Adams novels of suspense as well as stand-alone suspense. Daryl loves to cook, fairy garden, and read, and she has a frisky Goldendoodle who keeps her in line!

Other Books by Daryl Wood Gerber 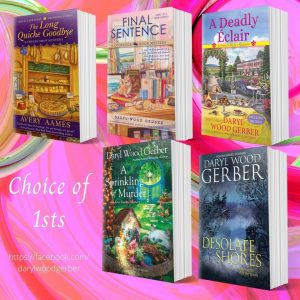 What about you? What makes you want to read A Glimmer of a Clue by Daryl Wood Gerber?

16 responses to “Book Review (and a Giveaway!): A Glimmer of a Clue by Daryl Wood Gerber”