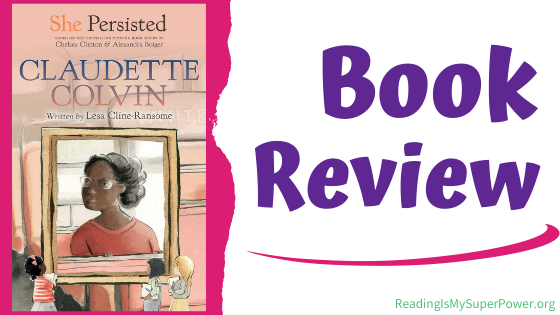 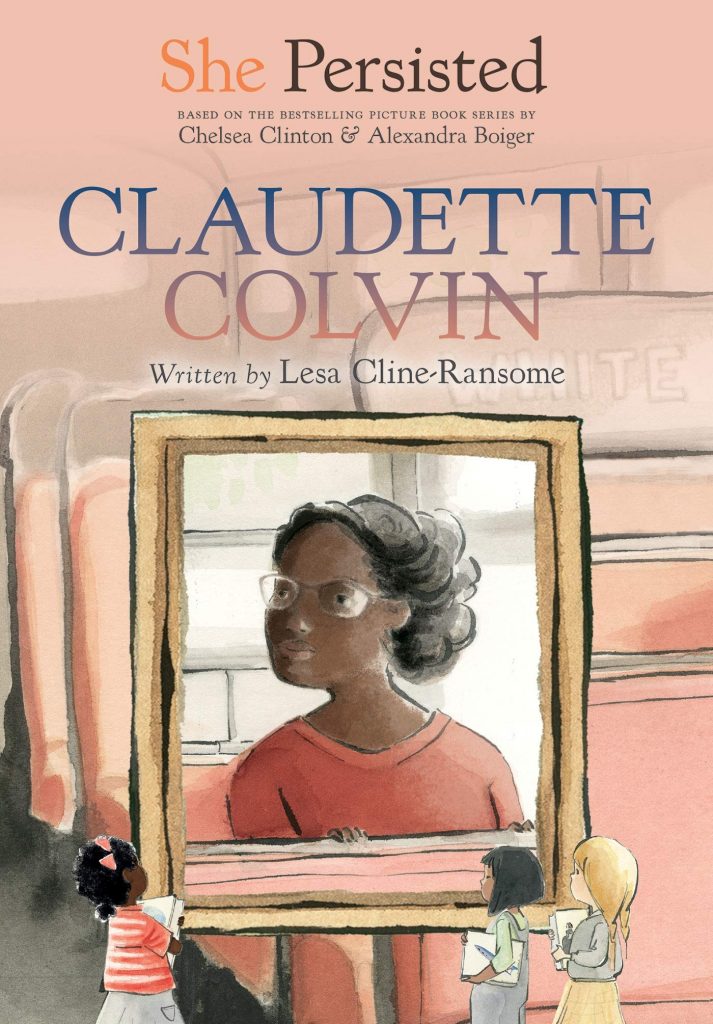 Inspired by the #1 New York Times bestseller She Persisted by Chelsea Clinton and Alexandra Boiger comes a chapter book series about women who stood up, spoke up and rose up against the odds!

In this chapter book biography by award-winning author Lesa Cline-Ransome, readers learn about the amazing life of Claudette Colvin–and how she persisted.

Before Rosa Parks famously refused to give up her seat on a bus in Montgomery, Alabama, fifteen-year-old Claudette Colvin made the same choice. She insisted on standing up–or in her case, sitting down–for what was right, and in doing so, fought for equality, fairness, and justice.

Complete with an introduction from Chelsea Clinton, black-and-white illustrations throughout, and a list of ways that readers can follow in Claudette Colvin’s footsteps and make a difference!

“Claudette knew that with God and her family by her side, she couldn’t go wrong with standing up for what was right.”

We’ve all heard of Rosa Parks and her courageous refusal to give up her seat on a bus in Montgomery, but have you heard of Claudette Colvin, the brave young lady who did it first? I’m sad to say that I never had until reading She Persisted: Claudette Colvin by Lesa Cline-Ransome. I feel like I received a great education in many areas, but in recent years I’ve discovered that my history education has some significant gaps in it. I’m not talking about rewriting history to make one group of people look worse or better, but actual people and events in history that I’ve either never heard of or only learned about in passing… until I picked up a book as an adult. Even a book written for children, like this She Persisted series of biographies, can help fill in those gaps.

Like the book before it in this line, She Persisted: Harriet Tubman, this look at Claudette Colvin’s bravery and the difference she made is written for elementary children (grades 1-4, ages 6-9). However, the information is presented in such an engaging way that I couldn’t put it down either. The illustrations add so much to the text, too, bringing Claudette and her surroundings to life with poignancy and affection. I appreciated again that Claudette Colvin’s faith was definitely a focus of her biography, even more so than in Harriet Tubman’s. The quote I shared at the beginning of the review is a good example, as well as this line I loved from the first chapter – “Two things folks in Pine Level knew about little Claudette Colvin: she loved learning and God in equal measure.”

There’s a lot of great opportunities for discussion in these 72 pages. Children will get a gentle but frank discussion of segregation, of a time in our country’s not-so-distant history where Black people could not use fitting rooms or try on shoes in stores, were not allowed to be seen by doctors until all the white patients had been seen, could not picnic or even sit on benches in the nicest parks, and had to re-exit a bus after paying their fare & re-enter through the back door so they wouldn’t walk past the people sitting in the ‘white only’ section. But young readers will also see portraits of great courage like 15-year-old Claudette Colvin who bravely refused to give up her seat to a white person even though it led to her being hauled off the bus and into jail. And like 24-year-old lawyer Fred Gray who fought the system on Claudette’s behalf, the new pastor in town – Dr. Martin Luther King, Jr. – who met with the police commissioner about the case, and the local NAACP youth leader who invited Claudette to speak to her students… a woman named Rosa Parks ♥  I appreciated how the author wove each of these encounters, people, and facts together to create a story-like feel to the biography in a way that will definitely appeal to elementary students.

Bottom Line: She Persisted: Claudette Colvin by Lesa Cline-Ransome is engaging and entertaining, yes, but it also is a great resource for learning about the Civil Rights Movement and the people who made a difference. Children will read about a wonderful role model in Colvin, a woman of faith and courage who stood up for what was right no matter what it cost her. Adult readers may certainly learn something new, too, and the reminder of even one person’s ability to change the world (or at least their corner of it) applies to all of us, no matter our age. Another great book in this series – and an excellent choice for homeschool mamas or elementary teachers to add to their classrooms. 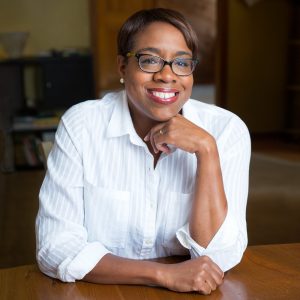 Lesa Cline-Ransome is the author of many award-winning and beloved picture books. Her picture-book biography titles include Before She Was Harriet; Satchel Paige; Major Taylor, Champion Cyclist; Young Pelé: Soccer’s First Star; Helen Keller: The World in Her Heart; Before There Was Mozart; Words Set Me Free: The Story of Young Frederick Douglass; and Light in the Darkness: A Story About How Slaves Learned in Secret.

Other Books by Lesa Cline-Ransome 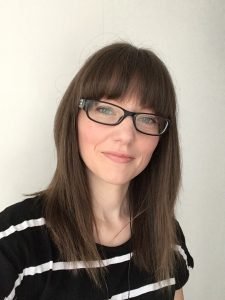 Gillian Flint (gillianflint.com) is an illustrator who has a passion for painting in watercolors. She has been drawing and creating characters for as long as she can remember. Her work has been published in the USA, the UK and Australia. In her spare time she enjoys reading and gardening at her home in the UK. You can follow her on Instagram @gillianflint_illustration.

Other Books by Gillian Flint

Don’t forget to comment on this post & enter my monthly giveaway for a book of your choice from my stash! After you’ve commented, claim your entry HERE.

What about you? What makes you want to read She Persisted: Claudette Colvin by Lesa Cline-Ransome?