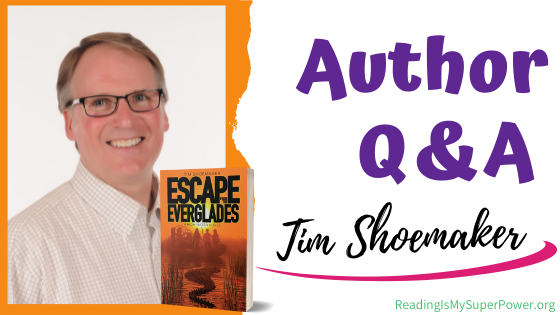 Please join me in welcoming Tim Shoemaker to the blog today to chat about his new Young Adult suspense, Escape From the Everglades – the first book in his High Water adventure series for readers age 12-15! 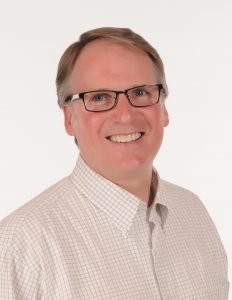 Tim Shoemaker is the award-winning author of the Code of Silence series and a popular speaker—especially for school assemblies. When he isn’t on the speaking and teaching circuit, he’s busy working with kids and writing more great stories!

He’s the author of eleven books, including Super Husband; Super Dad; Code of Silence; Back Before Dark; Below the Surface; Smashed Tomatoes, Bottle Rockets . . . and Other Outdoor Devotionals You Can Do with Your Kids; Dangerous Devotions for Guys; and more.

He speaks for schools, churches, and parachurch organizations (such as Focus on the Family, Iron Sharpens Iron men’s conferences, International Network of Children’s Ministry, and the Moody Pastors’ Conference). He also speaks at men’s retreats, women’s gatherings, couples’ retreats, youth worker conventions, homeschool conventions, and writers’ conventions, and he conducts family devotion workshops all across the country. 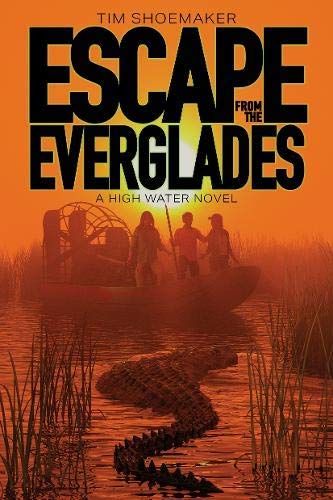 Escape from the Everglades is the first book in the High Water series and blends contemporary mystery and suspense, dramatic situations, and high adventure that both boys and girls will love.

A park ranger’s son hates the Everglades, and he thinks he’ll just die if he doesn’t escape Southern Florida soon . . . and he’s right. After Parker Buckman is mauled and nearly killed by an alligator, he sees the glades as a place of death. All he wants to do is get out of the area, and he’s convinced he won’t truly be okay until he does. But he can’t leave until he finds a friend who goes missing.

Escaping a bad situation isn’t a matter of a geographical change. Sometimes the best way to a brighter future is to face the darkness of your past.

Hi Tim! Welcome back to the blog!

Q: Escape From the Everglades is your second book this year! Can you share about your writing process and what it is like to balance multiple writing projects?


Tim: As for writing process, I don’t plan a story out in advance. I may start with a title, or an idea, or a situation. As I develop the characters and some kind of inciting incident, the story unfolds from there. Normally I only work on one fiction project at a time, but this situation was a little different. Sometimes writing is a bit like those circus performers who work to keep plates spinning on sticks. I may spend focused time on one project to get it to a good stage. Then I get some work done on the other. If I leave a story for a bit, I’ll come back with fresh eyes and see ways to strengthen the writing. If I leave the story for too long, I’ll lose too much momentum. So it’s a balancing act. Fortunately I had both manuscripts in pretty good shape when I got the contract, so it was a matter of alternating back and forth to polish and strengthen each one. But I still caught myself putting the wrong character name in a story at times—which is definitely not something I want to do!


Carrie: haha! I imagine that would get a bit confusing at times

Q: Why are you passionate about putting clean, compelling fiction in the hands of middle grade and YA readers?


Tim: There’s tons of fiction on the shelves that contain some really bad content—and that isn’t doing readers any favors. I love this age. It’s a fun, awkward, and often difficult time for them. There are so many “traps” readers can get caught in during their teenage years. I want to help them see the traps, help them make better choices. I want to help them avoid the pain of making bad decisions. And I want to do all this through a story that grabs readers and won’t let them go.


Carrie: Yes! I have been appalled at middle grade / young adult books I’ve been sent for review when I worked for a magazine – broke my heart. So glad there are better choices!!

Q: What sparked your idea for Escape From the Everglades?


Tim: I wanted to write an adventure. Something with mystery and suspense set in a really creepy place. Don’t you love reading a book like that? Well, the Everglades is one of the creepiest places on earth, in my experience. Alligators, snakes—I hate those beasts. Black water, and an area with a dark history . . . Yeah, the Everglades was perfect as a setting. When I was there doing research, I found the place gave off a vibe that felt, well, evil. The longer I was there, the more I wanted to get out—and never come back. But I knew my work wasn’t done there . . . and I took increasing risks to get the material I needed. I think that’s when the seed for Escape was planted. And sure enough, as the story unfolds we’ve got a boy who is desperate to escape the Glades . . . but can’t seem to get away. Worse yet, when a friend goes missing in the Everglades, he feels compelled to join the search—to go deeper into the very place he’s trying to get away from.


Q: What kind of reader will enjoy this book?


Tim: Both guy and girl readers, for starts. I love writing about average kids who get in over their head somehow. They don’t have a superpower or a magic sword to get them out of the trouble or danger they’re in. They must make choices, and how they decide will determine if they become a hero . . . or lose big. I think that type of story resonates with a ton of readers out there.


Carrie: I agree! And I think it’s so important to help readers find courage in the choices they make in their own lives.


Q: In this novel, you explore an adolescent’s response to trauma. What was it like writing this perspective?


Tim: I think I got an adrenaline rush just writing some of the scenes. It helped for me to reach back to times I’d been hurt. And I got great input by talking to paramedics, doctors, and nurses. And then there was the really, really close call I had while doing research in the Everglades. Only by God’s grace did I come out of one situation alive—and with both hands to write the story. The incident haunted me at night. Believe me, after that happened, writing the scenes with trauma came easier—and felt very real.


Carrie: oh my!! That sounds like an interesting story in itself…


Q: Tell us about your main characters in Escape from the Everglades.


Tim: Parker Buckman is the son of a National Parks ranger. Stationed in the Everglades, he has a life-and-death encounter with a gator. Consequently, his dad puts in for a transfer, and Parker thinks he’s just going to die if the new assignment doesn’t come soon. And he’s right. When a friend goes missing in the Glades, Parker joins the search. Parker is a decent kid who is striving to be a person of integrity, but sometimes he’s not even sure what that means.

Angelica “Jelly” Malnatti is Parker’s best friend—and the daughter of a ranger herself. She fears something bad is going to happen to Parker if he goes back into the glades. She does everything in her power—both good ideas and bad—to keep Parker out.

Wilson Stillwaters is half Miccosukee and pretty much all trouble. He’s superstitious and feels maybe his good friend Parker is cursed. His efforts to get Parker over his fears—and back in the Glades—have a way of backfiring . . . on everyone.


Carrie: I’m looking forward to meeting them on the pages 🙂


Q: Who was your favorite character to write and why?


Tim: I think Parker was my favorite character to write. Maybe because I identify with him on some deeper levels. But each character had something that made writing them so much fun. I think when I’d start a chapter from Wilson’s point of view I was probably sitting there smiling. And I loved writing Jelly (Angelica)—both the burden of the secret she was keeping, and all the hoops she went through to keep Parker safe.


Carrie: i love this answer!


Q: What lessons can be learned from your main characters?


Tim: Parker’s journey is especially helpful. He so badly wants to get away from the Everglades after being mauled by the gator. He thinks everything will be okay—if he can just get out of there. We often think a change of plans, or geography, or maybe even a different family is going to make all the difference when we’re in a spot we don’t like. But Parker helps us see how the real answer to a bad situation is often changing what is inside us. Jelly shows us the high price of keeping secrets for others instead of talking to her dad—or somebody who could really help. We see how her double life only multiplied her trouble. Wilson learns a bit about friendship and the extent a true friend like Parker will really go to help.

Carrie: what great lessons, no matter what age we are!


Q: Escape from the Everglades is the first book in the High Water series. What is your hope for these books?

Tim: I hope those who buy the books will get more than just a great read. I want readers to experience life with some characters they’ll grow to love in this series. I hope the characters make them think . . . and inspire readers to grow in character and integrity. I hope readers will make better choices, and avoid some traps and pain because they learned from the experiences of the characters in the story. 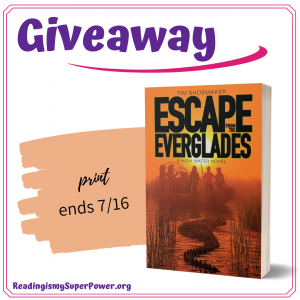 Tyndale House / Focus on the Family is offering a print copy of Escape From the Everglades to one of my readers! (US only. Void where prohibited by law or logistic.) This giveaway is subject to Reading Is My SuperPower’s giveaway policies which can be found here. Enter via the Rafflecopter form below.

18 responses to “Author Interview (and a Giveaway!): Tim Shoemaker & Escape From the Everglades”