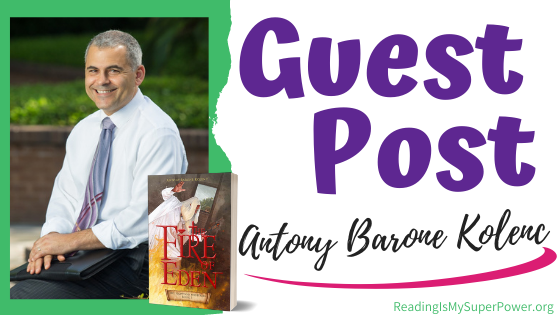 Please join in welcoming Antony Barone Kolenc to the blog today to chat about the new book in his award-winning Harwood Mysteries, The Fire of Eden! 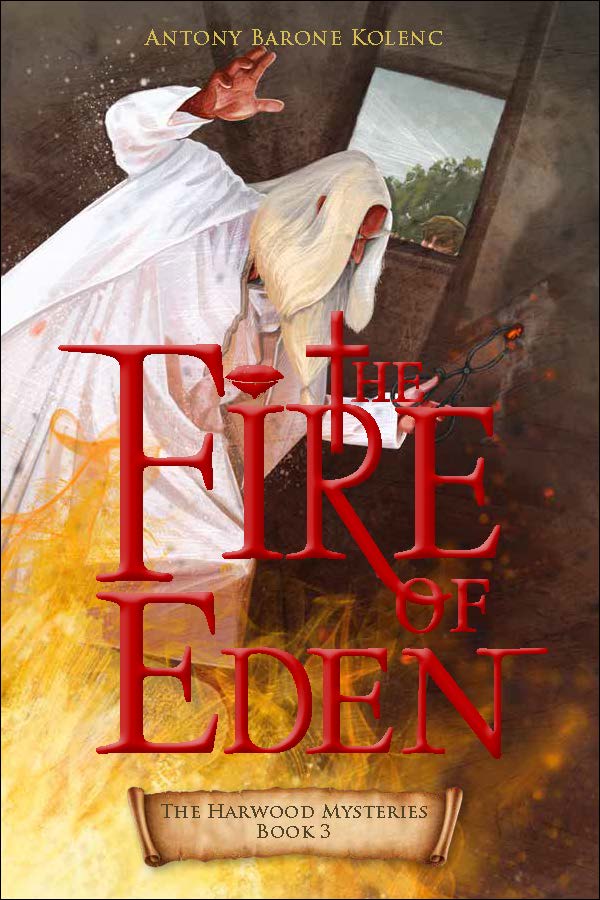 Xan and John are orphans at Harwood Abbey. They are also enemies, but now John, blinded by an accident, struggles with bitterness. In his latest adventure, Xan of Harwood Abbey joins forces with this most unlikely of allies to uncover the mystery of the loss of the Fire of Eden, a priceless ruby coveted by many . . .

Who took the ruby—a dishonest monk, a traitorous member of Her Lady’s guard, or the frightening magician who dwells in the woods?

Will Xan and John permanently mend their ways? Or will the quest for the ruby destroy any hopes of lasting friendship?

To find out where this next adventure leads Xan and his friends, you’ll have to read The Fire of Eden.

other books in this series 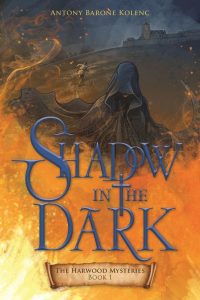 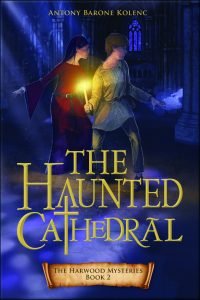 Persevere in your writing


by Antony Barone Kolenc, author of The Fire of Eden


As of July 2021, I am finally a published fiction author of three novels (with a fourth under contract), with multiple book awards to my credit (and amazement). It took me 51 years to get to this place, but when I look back over my life as an author, I see many times when I could have simply thrown in the towel on my writing forever. Giving up on being an author may be tempting at times, but let me tell you why you should persevere in your writing.

Many of us have dreamed of being published authors since we were young. For myself, I recall as a teenager writing knock-off stories of Star Wars, Indiana Jones, and The Lord of the Rings. They weren’t very good, but they were a blast to write! I think I still have them in my closet somewhere, written by hand in a three-ring loose-leaf notebook.

My dreams of being a writer persisted into my twenties, when I attempted (but failed) to write several novels. While serving in the U.S. Air Force, I became interested in being a lawyer—of course, I started writing a legal thriller right away (which I never finished). When I finally got my chance to go to law school (thank you, Air Force!), I wrote a law-school novel (which I never got published). Through my thirties and forties, I collected reams of paper (and digital word processing files) with stories that I never completed or never got published. 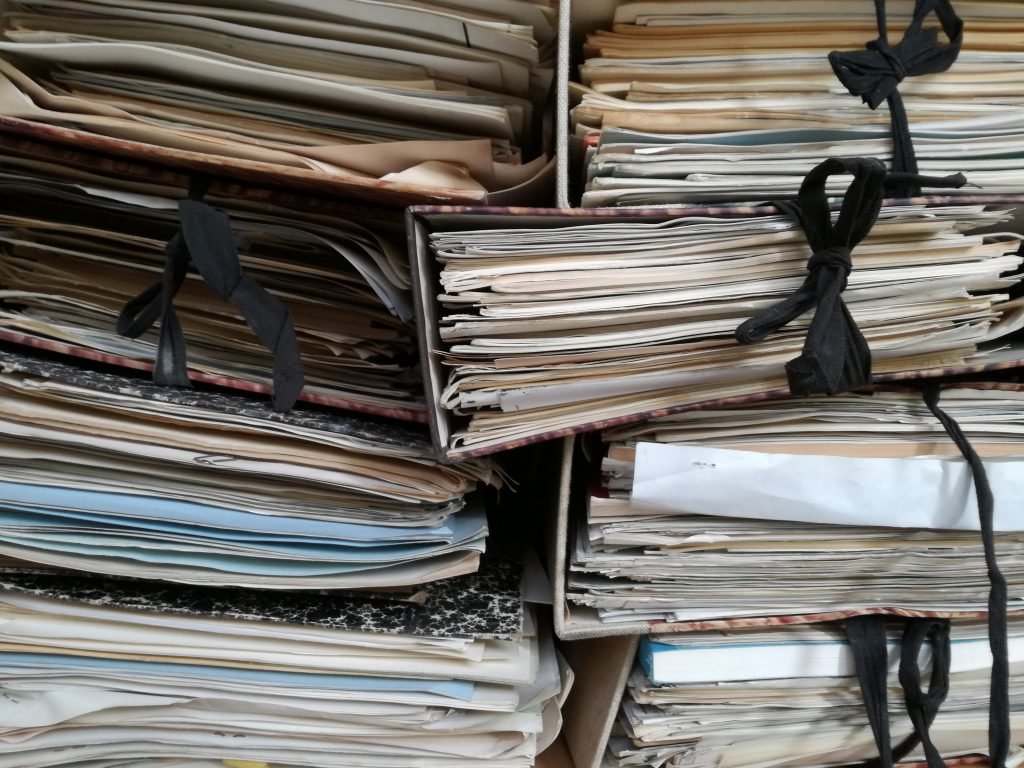 I’m sure that many have similar experiences to mine. Some of the greatest writers of all time had similar experiences, too. If that fact alone isn’t enough to encourage any aspiring writers to persevere, then I’d like to add a few thoughts of my own.

Writing failed stories isn’t anything to brag about, perhaps, but what I can say about it is that I enjoyed writing at the time and those stories became part of making me into the writer that I am today. And, of course, I still hope to pick up some of those ideas and try them out again in the future. I read a snippet of one of my aborted novels not too long ago and thought to myself, “This has promise. Maybe I should give it another go.” So never say never, even with your older writing.

So what changed for me? What brought me to the place where I’ve now completed four novels in a published young adult series that has already won six book awards? The answer is simple: other writers. 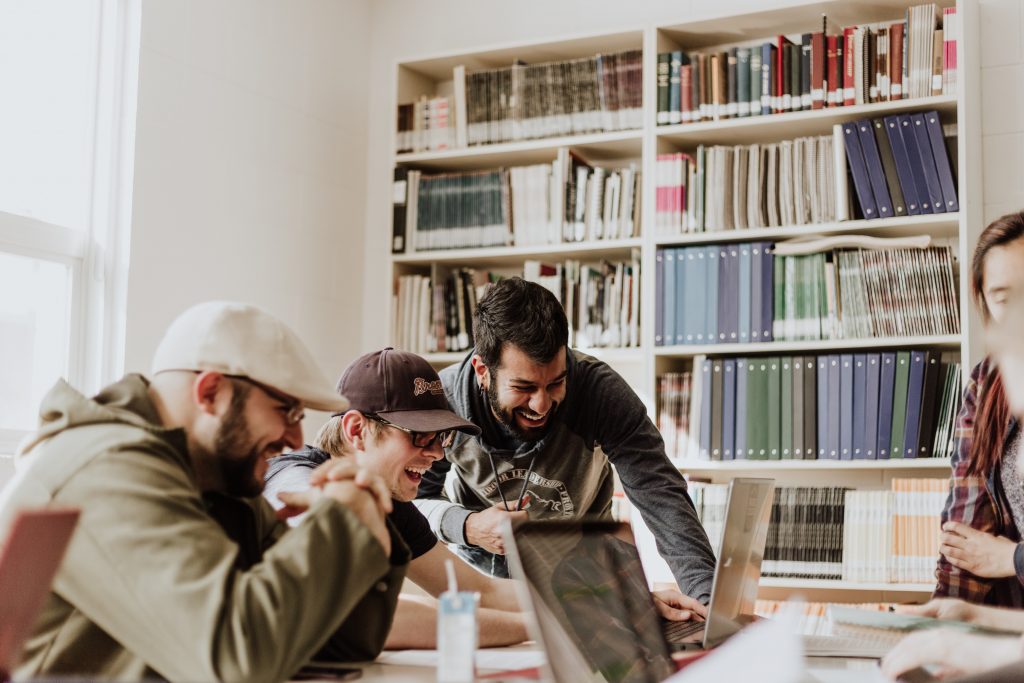 In 2007, I finally joined a writers guild and began to spend time with other authors who encouraged me, mentored me, networked with me, and helped me to see what it took to succeed. That year—2007—was important for another reason, too: it was the year I completed my final edited draft of Shadow in the Dark, which won those six book awards in 2020-2021. In other words, it took 13 years for my “final edited book” to finally be rewritten and re-edited enough until it finally reached the place where it could find a home with a large denominational publisher (Loyola Press) and succeed.

All I can say is “thank you,” to all those writers who inspired and encouraged me along the way. And thank you, Lord God, for keeping me in the game and trusting that You would open the right doors for me at the right time (which He did).

So what will your success story sound like when it happens? A great way to find out is to join a writing group with like-minded authors…and to persevere in your writing, of course. 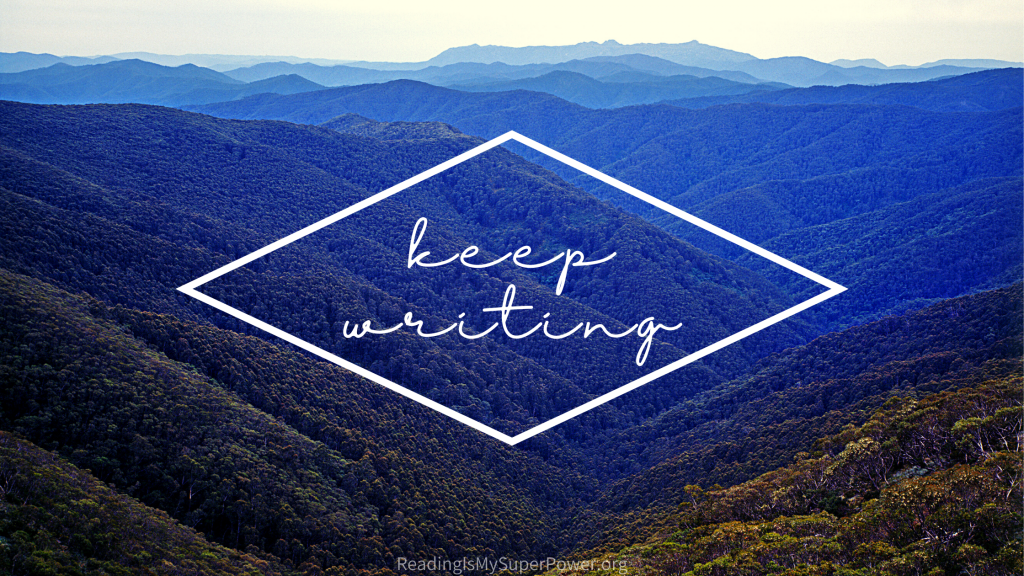 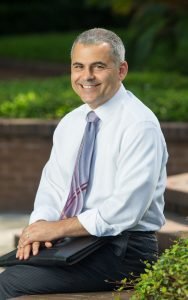 Antony Barone Kolenc (“Tony”) is the author of the youth historical fiction series, The Harwood Mysteries, which has won six book awards: 2021 Illumination Book Awards (Gold); 2021 International Book Awards (1st Place); 2020 Moonbeam Children’s Book Awards (Gold); 2021 Independent Publisher Book Awards (Bronze); 2021 Catholic Media Association Book Awards (3rd); and 2021 ACP Excellence in Publishing Awards (3rd). He is an author of fiction and non-fiction books and articles, and a columnist for Practical Homeschooling Magazine. He’s been a guest on NPR, CatholicTV, Catholic Faith Network TV, and other radio and television programs. He retired as a Lieutenant Colonel from the U.S. Air Force Judge Advocate General’s Corps after 21 years of military service. He currently teaches law at the University of North Texas Dallas College of Law, and he speaks at writing, legal, school, and homeschool events. Tony and his family live in Jacksonville, Florida, and are the proud parents of five children and three grandchildren.

Make sure to like & comment on this post and enter my monthly giveaway for THREE books of your choice from my stash! After you’ve liked & commented, claim your entries HERE.

What about you? What makes you want to read The Fire of Eden – and the other Harwood Mysteries – by Antony Barone Kolenc?