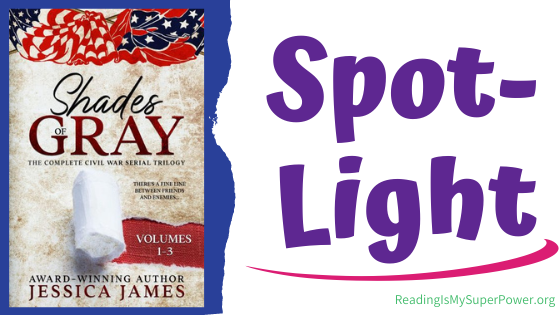 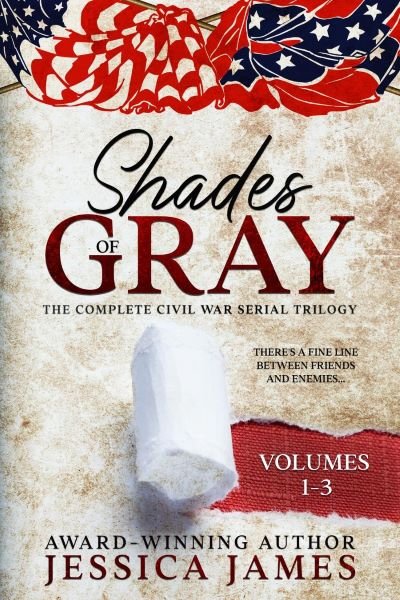 They started as sworn enemies. Can they open their hearts to love?

Shades of Gray Trilogy is sweeping Southern fiction that, according to one reviewer, “transcends the pages to settle in the very marrow of the reader’s bones.”

The Civil War Trilogy takes readers across the rolling hills of Virginia in a page-turning tale of action and adventure as a Union spy spars with a renowned Confederate cavalry commander. Gallantry and chivalry are put to the test when Colonel Alexander Hunter discovers that Andrea Evans is not only the woman he promised his dying brother he would protect, but is the enemy he has vowed to his men he would destroy.

This poignant tale of dueling principles, impossible choices, and enduring love is will keep readers thinking about it long after the last page is turned.

Duty Bound: Takes readers across the rolling hills of Virginia in a page-turning tale of action and adventure as a Union spy spars with a renowned Confederate cavalry commander. Gallantry and chivalry are put to the test when Colonel Alexander Hunter discovers that Andrea Evans is not only the woman he promised his dying brother he would protect, but is the Union spy he has vowed to his men he would destroy.

Honor Bound: This volume follows Union Spy Andrea Evans as she finds herself recuperating from an injury in the home of her enemy, Colonel Alexander Hunter. Readers will discover the fine line between friends and enemies when the lives of these two tenacious foes cross by the fates of war and their destinies become entwined forever.

Glory Bound: The series culminates in this emotional final volume that reflects the sacrifices of both sides and proves there can be no bond stronger than that which unites enemies. Immortal love, whence it flows, can never die.

If you want to give this Trilogy a try without buying all the books,
the volumes are available individually here: 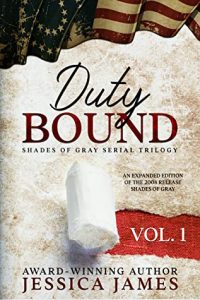 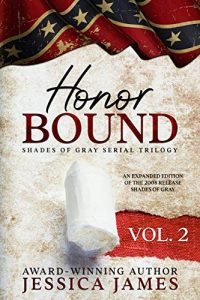 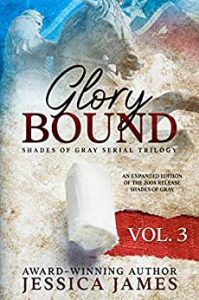 Praise for Shades of Gray

“It is a book that I think could have the impact of a ‘Gone With the Wind.” – J. Noyalas, Assistant Professor of History

“A classic love story as much as it is a war story.” – Civil War Book Review

“Andrea and Alex will surely take the place in my heart of Rhett and Scarlett as the perfect Civil War fictional love story!” – A. Deyarmin, Reviewer

“I am reluctant to admit I enjoyed it (Shades of Gray) more than Gone With the Wind! This book takes you through so many emotions!” – Reviewer

“Not since reading Gone With the Wind have I enjoyed a book so much as Jessica James’s Shades of Gray! I could not put Shades of Gray down, from start to finish!” – S. Winch

“If you want to read a book you will never forget and will think about for months after reading it, read Shades of Gray. The book took my breath away. Honestly, you will not sleep.” – A Bookworm’s Dinner Blog

“This is what epic stores are made of. Do yourself a favor and pick up this book … especially if you love The Civil War. I will not get rid of this one. It is a keeper that I will read time and time again.” – T. Weatherby

“I’m a civil war historian with roots deep in the southern states and I couldn’t put this book down. I’m not usually into books with a romantic element, but Shades of Gray really is that good!” – B. Webb

Shades of Gray, first published in 2008, was later published as Noble Cause, with a new happily-ever-after ending. Destined for an honored place among the classics of the American Civil War, the Shades of Gray Trilogy is a book to read, and keep, and remember forever. 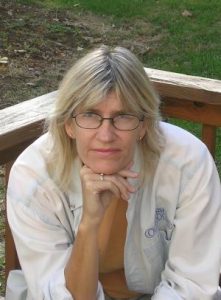 Jessica James is an award-winning author of suspense, historical fiction, and military fiction ranging from the Revolutionary War to modern day. Her highly acclaimed Civil War novel Shades of Gray won numerous national literary awards, and is often compared to Gone with the Wind.

By weaving the principles of courage, devotion, duty, and dedication into each book, James attempts to honor the unsung heroes of the American military–past and present–and to convey the magnitude of their sacrifice and service. Her novels appeal to both men and women and are featured in library collections all over the United States including Harvard and the U.S. Naval Academy.

James resides in Gettysburg, Pa., and is a member of the Military Writers Society of America, NINC, Sisters in Crime, and the Romance Writers of America. She is a two-time winner of the John Esten Cooke Award for Southern Fiction, and was featured in the book 50 Authors You Should Be Reading, published in 2010.

Sign up for her free newsletter at www.jessicajamesbooks.com and ask for a free copy of From the Heart: Civil War Love Letters and Stories. You can also find Jessica on Facebook,  Twitter,  Instagram, and Goodreads.

What about you? What makes you want to read the Shades of Gray trilogy by Jessica James?

12 responses to “Book Spotlight (and a Giveaway!): Shades of Gray serial trilogy by Jessica James”