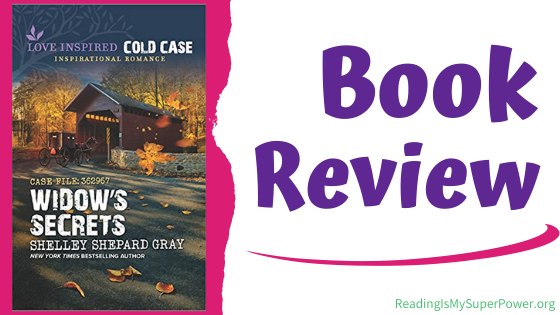 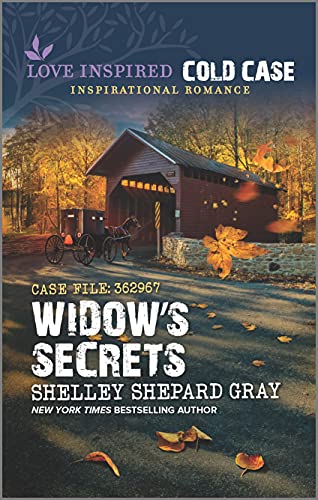 But she can’t escape her past.

Artist Liana Mann is stunned to learn her husband, missing for ten years, has been found murdered. Now Officer Kent Olson seeks to solve the cold case—with Liana’s help. The faster he unravels the mystery, the sooner he can return to regular duties. Liana wants nothing to do with the police, yet Kent intrigues her. But will digging into the past create new problems?

Y’all. I am so excited about this new Love Inspired imprint – the Inspirational Cold Case Collection. The first two released yesterday (the one I’m reviewing today by Shelley Shepard Gray & one by Anne Galbraith, also known as Kim Findlay), two more release in November from different authors, two more in March 2022 from different authors again, and two more in August 2022 by Shelley Shepard Gray and another author. These are the perfect choice for people who aren’t huge ‘constant action/danger’ suspense fans but like a good mystery and maybe a hint of danger with their romance.

I first became a fan of Gray’s books when I read her Secrets of Crittenden County series, which combines both Amish & Englisch worlds, romance, and an unsolved mystery with a little suspense thrown in too. So I was delighted to return to these ‘roots’, so to speak, and read her cold case novel Widow’s Secrets. Everything I love about Gray’s writing – her warm style, her engaging characters, and her sweet romances – shines just as brightly in this new book too, and I became very invested in Liana and Kent’s journey. And for Gray’s Amish fiction fans, while this book isn’t heavy on Amish influence, it is set in Amish country and Liana’s Amish neighbor does play a small role. So it’s like getting the best of all worlds (or the worst of none if you aren’t an Amish fiction fan).

Liana has been through a lot and, while she’s found some measure of peace in the ten years since her abusive husband’s disappearance/discovery/murder, the secrets she’s holding on to prevent her from fully embracing the new life she’s built for herself. I loved all the dimensions to Liana’s character and how tenderly Gray wove some of the more sensitive layers into her story. Kent’s investigation of Liana’s husband’s murder provides a natural reason for them to spend time together, sharing some of their past hurts and their future dreams, and I enjoyed their interactions as well as their immediate connection. The pace of their relationship felt realistic and sweet, and I just plain enjoyed watching them become friends and fall in love.

The mystery is intriguing, too, and gives you the sense that whatever Kent & Liana uncover could upend everything for her all over again – or it could be the catalyst for healing. The fact that it could go either way (and that I wasn’t entirely sure which way it would go) added an extra element of suspense. There were several possibilities of suspects and my clarity on whodunit began to sharpen in step with the flow of the story. In other words, I wasn’t too far ahead of the crime solvers but I also wasn’t totally surprised when all was revealed.

Bottom Line: Shelley Shepard Gray kicks off this new imprint in style, with an emotionally-compelling story and fantastic characters. The cold case investigation in Widow’s Secrets is entertaining and well-plotted, and readers will fall in love with Liana and Kent even as they fall for each other. Colorful supporting characters soften some of the more sobering aspects of Liana’s past and will put a smile on your face and give your heart a little lift too. Gray’s down-to-earth writing voice wraps around you like a soft quilt, and you won’t want to put the book down once you’ve started. Perfect for long-time fans of this author or those who are new to her books. 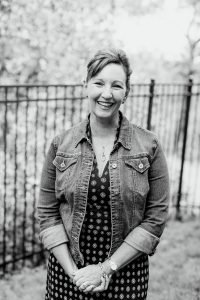 Shelley Shepard Gray writes inspirational and sweet contemporary romances for a variety of publishers. With over a million books in print, her novels have reached both the New York Times and the USA Today bestseller lists. She lives in southern Colorado near her grown children, walks her dachshunds, bakes too much, and writes full time.

What about you? What makes you want to read Widow’s Secrets by Shelley Shepard Gray?