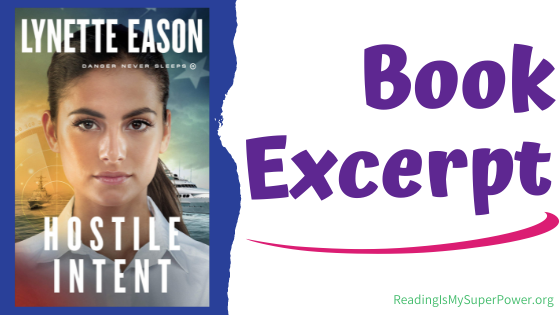 I’m delighted to give you a peek inside Hostile Intent by Lynette Eason with an excerpt – and a chance for three of you to win a copy of your own! This series has been SO GOOD, hasn’t it?!? 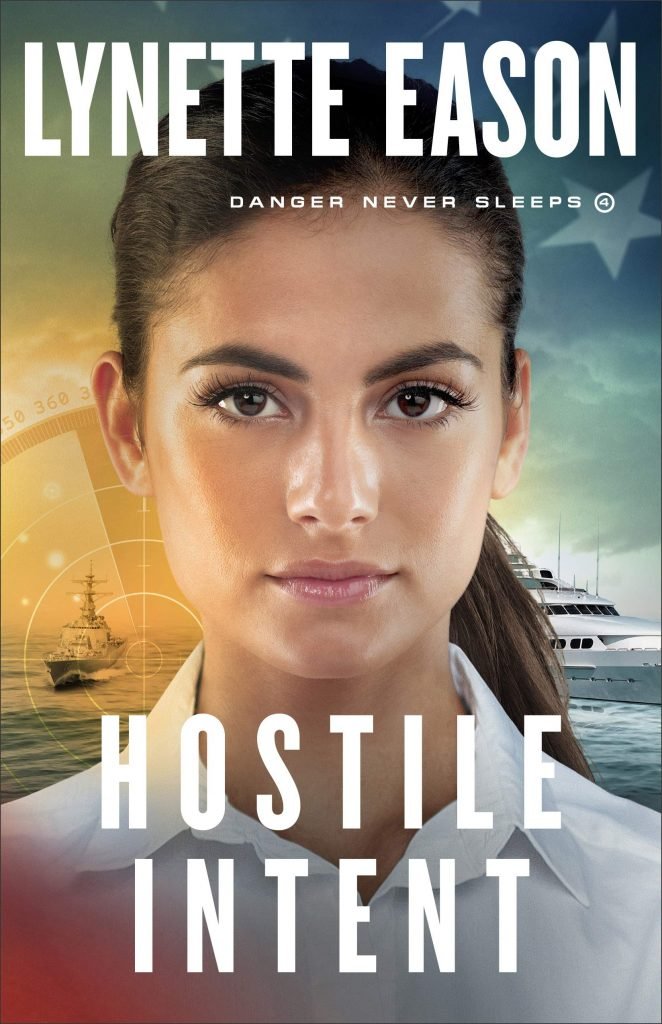 Ava Jackson entered the military shortly after high school, but her mother’s illness has forced her to request an early discharge. She already lost her father while deployed, and there’s no way she’s going to let her mother die alone. But after a visit to the nursing facility where her mother lives, Ava is attacked walking back to her car. Fortunately, FBI Special Agent Caden Denning arrives in time to help fight off her attacker.

Caden reveals to Ava that she may hold the key to the murders of three families, and he needs her help before anyone else is harmed. The hits show a pattern, and clearly the killer has an agenda. But if Caden and Ava can’t discover what it is, Ava may be next on the hit list.

Bestselling author Lynette Eason concludes her latest suspense-filled series with a bang as secrets are revealed and the guilty are brought to justice.

Today, the watching ended and the killing started. Anticipation arced through him. The man in the ski mask turned his gaze from the front door of the luxury home to the end of the street. For ten days, he’d hidden and observed—and learned—the routine of the household and even the neighborhood.

As soon as the vehicle moved on to the house next door, the man’s gaze swung back to the front door once more. And there she was. In her midsixties, the woman of the house took
care of herself. She ate healthy with the occasional sweet indulgence, used her gym membership daily, and jogged two miles every morning. On Wednesdays, she volunteered at the local elementary school.

He could have snatched her off the street during one of her runs, but he couldn’t take the chance that a doorbell camera would catch him. No, this was better. They had an alarm system, but no cameras.

She slipped out onto the porch, down the walkway, and to the mailbox. She’d done the same thing every day at approximately the same time. Other than the Wednesday break in routine, it was like she had nothing else to do but work out, jog, and wait for the mail. What a sad, sorry life. But that wasn’t his problem.

On the wraparound porch, the planter with the seven-foot piece of lush greenery to the left side of the door hid him well. Adrenaline sent his heart thudding, and his right hand curled around the grip of his weapon. He’d had fifteen years of preparation and training, research and planning. The time was now and he was ready.

She was on the first step, then the second, then walking to the door.

As she twisted the knob, he stepped from behind the tree and clapped a gloved hand over her mouth. A muted scream slipped from her, and he brought the weapon up to the base of her skull. Whimpers escaped through his fingers. She shook so hard, he thought he might lose his grip. He shoved her through the door and kicked it closed behind him.

“Where’s your husband?” He kept his voice low.

A sob ripped from her throat and harsh breaths gushed from her nose. He released his grip to hear her say, “He’s not here.”

“He is, because I know you’re supposed to be leaving in an hour for your holiday in Turks and Caicos. The suitcases next to the door tell me he’s getting ready to load the car. So, if you want to live to enjoy your trip, you’ll get him in here.”

“Darling?” The voice came from the balcony overlooking the foyer. “I’m almost ready. Was there any mail? I’m expecting—” He stopped, gasped. His hands gripped the railing and his gaze met the man’s. “What do you want?”

A smile curved beneath his mask. “Hello, Maksim. Come on down.”

“Don’t hurt her.” The husky baritone held fear—and. . .something else . . . resignation?

“I’m coming.” The man hurried down the winding staircase, stopping at the bottom. “Please. Let her go. I’ll do whatever you want. Do you need money? I have ten grand in the safe.”

Money? He almost snorted. Money was the last thing he needed. He kept the weapon on the woman’s head. “Turn slowly,” he told her without taking his eyes from her husband, “and reach into my left-hand pocket. Pull out the object.” She didn’t move and he narrowed his gaze on the man at the bottom of the steps. “You might want to convince her to do as I ask.”

“Darling, do as he says, and it will be all right.”

The woman whimpered and turned, her eyes downcast. She reached for his right pocket.

She jerked her hand away and then slid it into the left pocket of his blazer. “Good. Pull out the photo.”

With shaking fingers, she did so.

He nodded to the husband. “Come get it.”

The man’s brows dipped farther over the bridge of his nose, but he did as ordered without having to be told twice. When he held the picture between his thumb and forefinger, he looked at it—and swayed. “I see.”

“I’m sure you’re starting to.”

“Max? Make him let me go.” The woman mewled and the intruder tightened his grip.

“Who are you?” Maksim whispered.

“I think you know that answer.”

What little color the man had in his face drained away as his suspicions were confirmed. “You’re Nicolai, aren’t you?”

“It’s a long story. And not one I have time to tell. I have one question, and if you know the answer, you will live.”

Maksim’s eyes lifted to meet his. “Let me guess, you want to know who the man is.”

The woman had gone completely still, with only an occasional tremor shuddering through her.

Maksim stood still, studying the picture. When he looked up, his fear was written in his blue eyes. “Why?”

“It doesn’t matter why,” Nicolai snapped. “Who is it?” He dug the suppressor harder into the woman’s head. She shrieked, the sound grating against his eardrums.

“Who. Is. The. Child?” Nicolai asked, his voice low. Calm, controlled. “Don’t make me ask again.”

A thrill like nothing he’d ever experienced lit up everything inside him. His enemy had a daughter.

His original plan immediately shifted. He had a lot of thinking to do, but he’d stick with the beginning of it. It was the end that would change.

In the end, the daughter would be the last to die. “What’s her name?”

“I don’t know and that’s the truth.” He held up a hand. “I don’t know. He never mentioned her. Ever. The only reason I know he has a daughter is because I overheard him say something to his boss about protecting her.”

The desperation in Maksim’s eyes said that he was telling the truth. That was okay. He’d find out who she was. 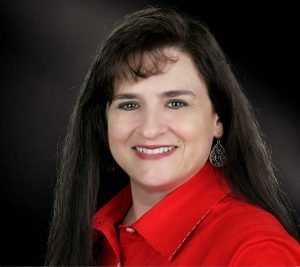 Lynette Eason is the bestselling author of Collateral Damage, Acceptable Risk, and Active Defense, as well as Protecting Tanner Hollow and the Blue Justice, Women of Justice, Deadly Reunions, Hidden Identity, and Elite Guardians series. She is the winner of three ACFW Carol Awards, the Selah Award, and the Inspirational Reader’s Choice Award, among others. She is a graduate of the University of South Carolina and has a master’s degree in education from Converse College. Eason lives in South Carolina with her husband and two children. Learn more at www.lynetteeason.com.

Revell is offering a print copy of Hostile Intent by Lynette Eason to THREE of my readers! (US only. Void where prohibited by law or logistics.) This giveaway is subject to Reading Is My SuperPower’s giveaway policies which can be found here. Enter via the Rafflecopter form below.


What about you? What makes you want to read Hostile Intent by Lynette Eason?

29 responses to “Book Spotlight (and a Giveaway!): Hostile Intent by Lynette Eason”