Welcome to the Blog Tour for In a Grove of Maples by Jenny Knipfer, hosted by JustRead Publicity Tours! Keep reading for an excerpt! 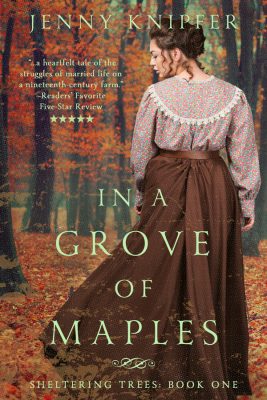 In 1897 newly married Beryl and Edward Massart travel more than one thousand miles from Quebec to farm a plot of land in Wisconsin that they bought sight-unseen. An almost magical grove of maples on their property inspires them to dream of a real home built within the grove, not the tiny log cabin they’ve come to live in.

Misunderstandings and tempers get the better of them when difficulties and troubles arise. Just months after they wed, Edward leaves pregnant Beryl in the midst of the coming winter to tend the farm and animals while he goes to be a teamster at a northern Wisconsin logging camp.

Will Beryl and Edward walk into the future together to build their house of dreams in the grove of maples, or will their plans topple like a house of sticks when the winds of misunderstanding and disaster strike?

The steam from the train curled around them, all-encompassing like the mist of early morning fog.

Edward gripped both of Beryl’s hands in his. “I’ll write.”

The promise fell heavy between them and rang dull. Edward knew his words wouldn’t make up for his absence. He wished for another way in which he could make the money they needed, but there simply was none. His gut wrenched, and guilt rose in his throat, choking him with uncertainty.

Is this right—to leave my pregnant wife on her own?

Right or not, he couldn’t see any other way around it, and he wouldn’t ask his folks for money. With his rough thumbs, he rubbed the smooth skin on the back of her cold hands. Her fingers curled tighter around his.

Beryl’s lip quivered, and she blinked her eyes and searched his. “Me too.”

Edward couldn’t pinpoint what feeling lay behind her heavy gaze. Is it love or regret?

“I… I want to tell you…” Beryl started, but the train whistle blew with a mighty blast and the conductor shouted, “All aboard! Final call.”

“What? What is it?” Edward asked, pleading with her in his heart for her to be honest, but he could see the moment had passed.

Whatever she had started to say to him remained unsaid, and he had not heard the words he longed to—I will miss you. But he couldn’t blame her for not speaking her mind; he

couldn’t either. The words stuck to the roof of his mouth like lard.

“I’ll be back before you know it.” Edward cringed. He wanted to tell her how much he cared and that everything would be all right, but he couldn’t. Something held his feelings and hoped-for assurances in check.

Despite the busy depot, he pulled her tightly to him and kissed her as he hadn’t for some time. After a few moments, he dropped his hold, gave her a final look—which he hoped conveyed how he would miss her—and grabbed his bag, moving toward the train. The wheels of the train began to turn as he jumped up onto the step of the passenger car. He lingered there and waved as Beryl receded into the background.

He wished he could stay on the farm with the woman he had promised to love and cherish, but he had to be strong and the provider Beryl needed. Edward took a deep breath and entered the car to find a seat. 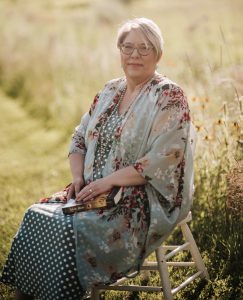 Jenny Knipfer lives in Wisconsin with her husband, Ken, and their pet Yorkie, Ruby. She is also a mom and loves being a grandma. She enjoys many creative pursuits but finds writing the most fulfilling.

Spending many years as a librarian in a local public library, Jenny recently switched to using her skills as a floral designer in a retail flower shop. She is now retired from work due to disability. Her education background stems from psychology, music, and cultural missions.

Jenny’s favorite place to relax is by the western shore of Lake Superior, where her novel series, By The Light of the Moon, is set.

She deems a cup of tea and a good book an essential part of every day. When not writing, Jenny can be found reading, tending to her many houseplants, or piecing quilt blocks at her sewing machine. 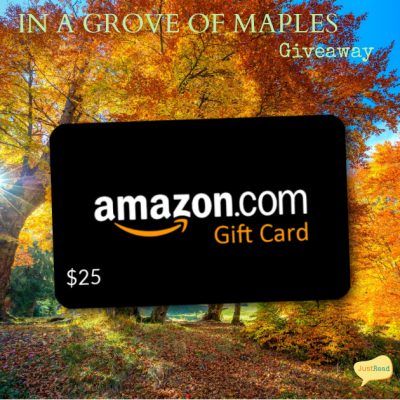 Full tour schedule linked below. Giveaway began at midnight August 16, 2021 and will last through 11:59 PM EST on August 23, 2021. Winner will be notified within 2 weeks of close of the giveaway and given 48 hours to respond or risk forfeiture of prize. US only. Void where prohibited by law or logistics.

What about you? What makes you want to read In a Grove of Maples by Jenny Knipfer?

19 responses to “Book Spotlight (and a Giveaway!): In a Grove of Maples by Jenny Knipfer”