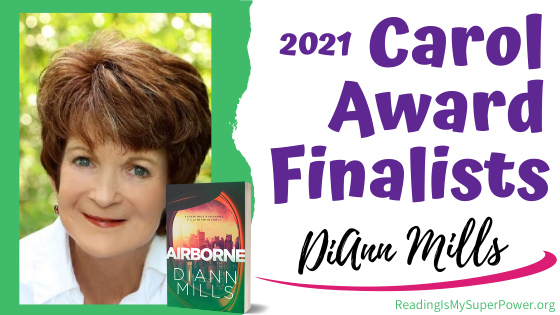 Welcome back, friends! Through September 11th (culminating with a list of winners), I have the privilege of chatting with all of the 2021 ACFW Carol Award Finalists! Today I’m continuing with DiAnn Mills and her romantic suspense Carol Award finalist book Airborne! You can check out a list of all the finalists HERE and you can follow along with the posts HERE. 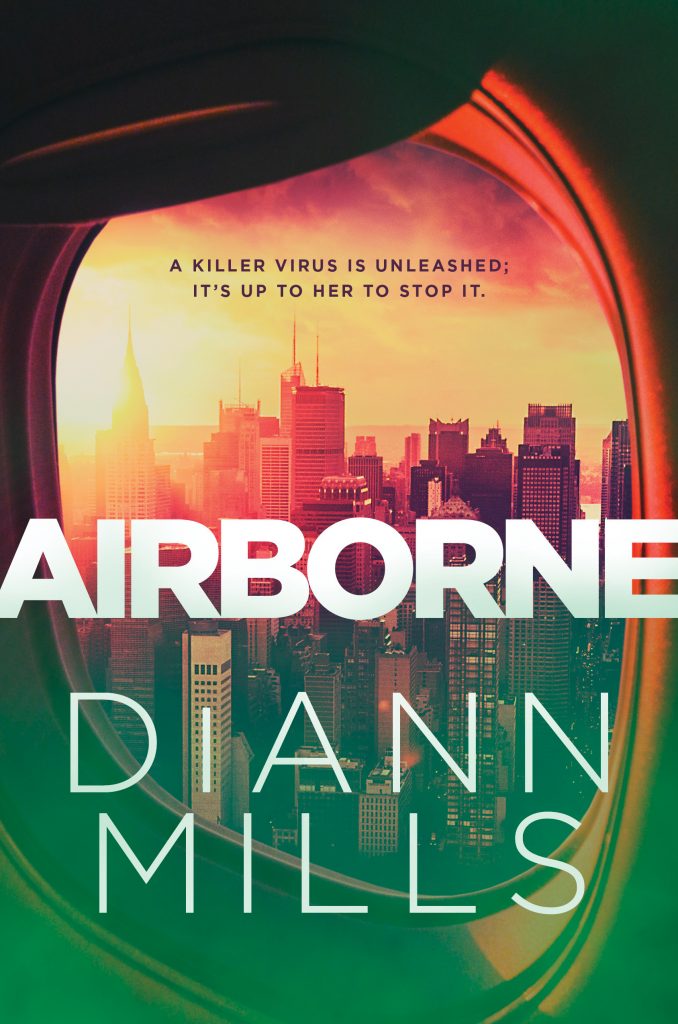 Heather Lawrence’s long-awaited vacation to Salzburg wasn’t supposed to go like this. Mere hours into the transatlantic flight, the Houston FBI agent is awakened when passengers begin exhibiting horrific symptoms of an unknown infection. As the virus quickly spreads and dozens of passengers fall ill, Heather fears she’s witnessing an epidemic similar to ones her estranged husband studies for a living—but this airborne contagion may have been deliberately released.

While Heather remains quarantined with other survivors, she works with her FBI colleagues to identify the person behind this attack. The prime suspect? Dr. Chad Lawrence, an expert in his field . . . and Heather’s husband. The Lawrences’ marriage has been on the rocks since Chad announced his career took precedence over his wife and future family and moved out.

As more victims fall prey days after the initial outbreak, time’s running out to hunt down the killer, one who may be closer to the victims than anyone ever expected.

What is something God taught you while you wrote airborne?

Writing Airborne showed me God’s sovereignty. He gave me the idea for Airborne two and a half years before I wrote it. The idea of “What if a deadly virus was unleashed in a crowd” refused to leave me alone. I didn’t know anyone in microbiology, immunology, CDC, air transportation protocol and training, or country to country rules and regulations regarding pandemics. I couldn’t create  a story in which someone released a virus onboard an international without help. God placed the perfect people in my path.

-A woman who specialized in microbiology and immunology.

-A man who directed the training of flight attendants.

-A link to the CDC with hundreds of pages of valuable information.

-A friendship with a writer who is also a pilot.

-A continued relationship with the FBI in Houston and Washington DC

My journey of writing Airborne demonstrated the power of story in God’s hand. I wouldn’t trade the writing journey of this story for anything the world has to offer. 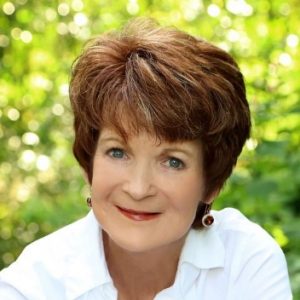 DiAnn Mills is a bestselling author who believes her readers should expect an adventure. She weaves memorable characters with unpredictable plots to create action-packed, suspense-filled novels. DiAnn believes every breath of life is someone’s story, so why not capture those moments and create a thrilling adventure?

DiAnn is a founding board member of the American Christian Fiction Writers, an active member of the Blue Ridge Mountains Christian Writers, Advanced Writers and Speakers Association, Mystery Writers of America, the Jerry Jenkins Writers Guild, Sisters in Crime, and International Thriller Writers. DiAnn continues her passion of helping other writers be successful. She speaks to various groups and teaches writing workshops around the country.

DiAnn has been termed a coffee snob and roasts her own coffee beans. She’s an avid reader, loves to cook, and believes her grandchildren are the smartest kids in the universe. She and her husband live in sunny Houston, Texas.

What about you? What makes you want to read the romantic suspense Carol Award finalist Airborne by DiAnn Mills? Or, if you’ve read it already, what did you love about it?