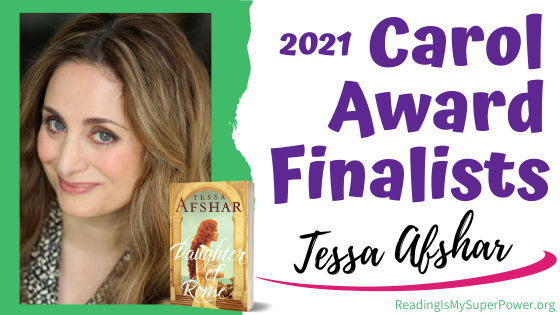 Happy Tuesday! Through September 11th (culminating with a list of winners), I have the privilege of chatting with all of the 2021 ACFW Carol Award Finalists! Today I’m continuing with Tessa Afshar and her historical romance Carol Award finalist book Daughter of Rome! You can check out a list of all the finalists HERE and you can follow along with the posts HERE. 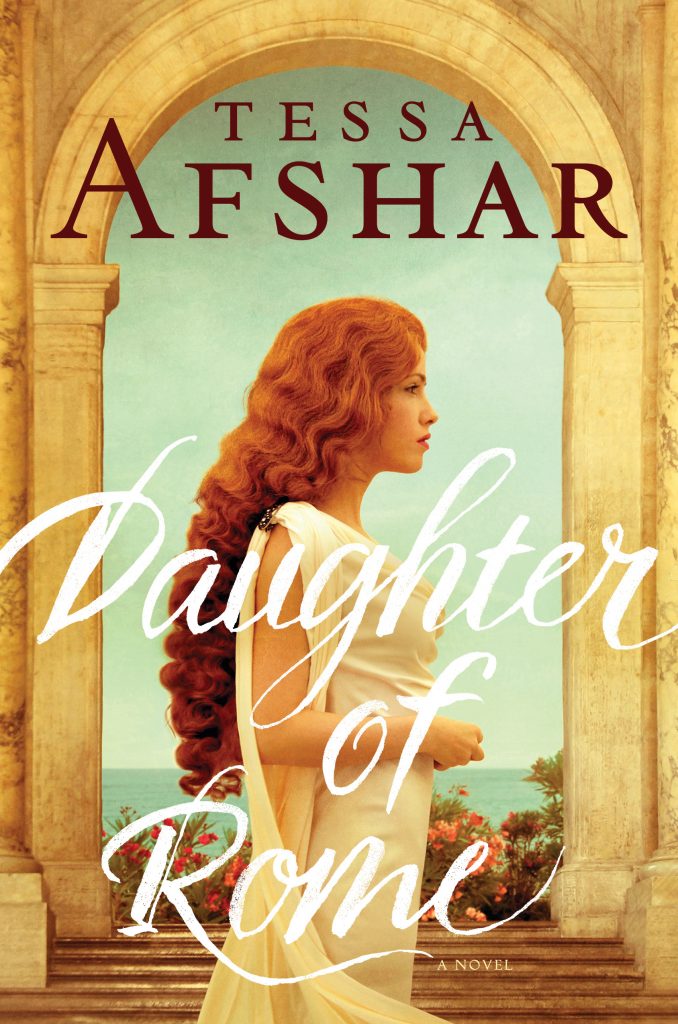 A woman with a devastating secret. A man bent on proving his worth. A chance encounter that catapults them into the heart of history.

When the daughter of a prominent Roman general meets a disinherited Jewish immigrant, neither one can dream of God’s plan to transform them into the most influential couple of the early church. Nor can they anticipate the mountains that will threaten to bury them. Their courtship unwittingly shadowed by murder and betrayal, Priscilla and Aquila slowly work to build a community of believers, while their lives grow increasingly complicated thanks to a shaggy dog, a mysterious runaway, and a ruthless foe desperate for love. But when they’re banished from their home by a capricious emperor, they must join forces with an unusual rabbi named Paul and fight to turn treachery into redemption.

With impeccable research and vivid detail, Daughter of Rome is both an emotive love story and an immersive journey through first-century Rome and Corinth, reminding readers once again why Debbie Macomber has said that “no one brings the Bible to life like Tessa Afshar.”

What is something God taught you while you wrote daughter of rome?

Daughter of Rome is based on Priscilla and Aquila, an ordinary man and woman whose love for each other and for God transformed not only their own lives, but the lives of friend and foe alike. When faced with hardships, instead of sinking into self-pity, or disappointment with God for allowing the difficulty, they picked themselves up and pressed on. There were days, as I wrote this story, that I myself felt challenged and moved by this couple’s decisions! Priscilla and Aquila challenged me to be tougher in my faith, more resilient in hardship, persevering under spiritual attack. They challenged me to strengthen my resolve in the Lord and accomplish what I am called to do. God taught me, through Priscilla’s character, especially, to seek to be more generous and kinder to those the world would call my enemy. 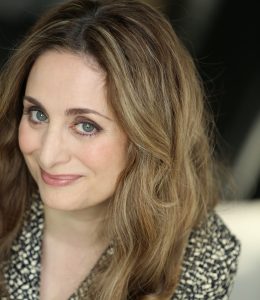 TESSA AFSHAR is a Christy and Christian Book Award winning author of historical and biblical fiction, and non-fiction. Her books have been on the Publishers Weekly, ECPA, and other bestseller lists, and translated into eleven languages. Her novel Daughter of Rome is a Carol Award Finalist. Land of Silence won an INSPY Award and was voted by Library Journal as one of the top five Christian fiction titles of 2016. Tessa’s Bible study, The Way Home: God’s Invitation to New Beginnings, based on the book of Ruth, won ECPA’s Christian Book Award in the Bible Study category, 2021. Tessa was born to a nominally Muslim family in the Middle East and lived there for the first fourteen years of her life. She then moved to England, where she survived boarding school for girls, before moving to the United States permanently. Her conversion to Christianity in her twenties changed the course of her life forever. Tessa holds a master of divinity from Yale University, where she served as co-chair of the Evangelical Fellowship at the Divinity School. She worked in women and prayer ministries for nearly twenty years before becoming a full-time writer. Tessa is a devoted wife, mediocre gardener, and chocolate enthusiast. Visit her online at Tessaafshar.com.

What about you? What makes you want to read the historical romance Carol Award finalist Daughter of Rome by Tessa Afshar? Or, if you’ve read it already, what did you love about it?