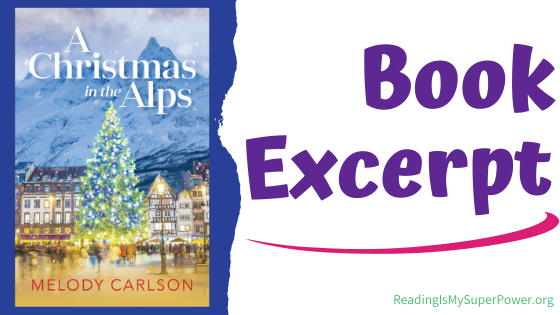 I’m delighted to give you a peek inside A Christmas in the Alps by Melody Carlson with an excerpt – and a chance for three of you to win a copy of your own! (And don’t you just love that cover?!?) 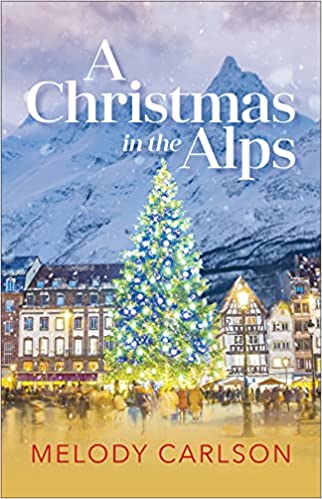 After a time of heartache and loss, Simone Winthrop discovers a tantalizing letter from her French great-grandmother, which seems to suggest that she is heir to a family treasure. Ever practical, Simone assumes the claim is baseless, but her best friend encourages her to find out for sure. Despite her deep-rooted fear of flying, Simone boards a jet to travel to Paris at Christmastime to uncover the truth.

During the long flight, Simone meets the charming Kyle Larsson, who’s on his way to France to become an apprentice clockmaker. Though they abruptly part ways, an unexpected rendezvous in the French Alps at Simone’s family’s clock factory may lead to the discovery of the family treasure . . . and so much more.

For anyone who is wearying of staying home, Melody Carlson invites you to spend Christmas with her in the beautiful French Alps this year. So pull on your mittens, tie your scarf tight, and prepare yourself for a magical mountain holiday.

SIMONE WINTHROP knew all about loss. But as she sorted through her dead grandmother’s cluttered house, she experienced an unexpected wave of hopefulness. Because, really, what was left to lose? Sure, it was a backward way to view life, but it helped on days like today.

“Hey, Simone,” Andrea Jacobs called from what used to be a pleasant guest room but over the years had morphed into a space that could be featured in an episode of Hoarders. Simone had meant to clear it out when she’d moved back here to help Grandma Betty, but with the responsibilities of caring for her ailing grandmother these past couple of years . . . somehow she’d just never gotten around to it.

“Come look at this,” Andrea called out again.

“What is it this time?” Using her foot to push aside the half-filled box of old pottery, Simone shoved a loose auburn tendril beneath the old bandana she’d tied on to keep the dust out. She picked her way through the living room maze of cardboard boxes, plastic packing crates, and just plain trash. It’d seemed a good idea to have her childhood best friend lend a hand with clearing out the house, but she now realized how easily Andrea got distracted with odd bits and pieces. Particularly family memorabilia.

“Unless you’ve unearthed the original Declaration of Independence or the crown jewels, I’m not sure I’m interested.” Simone smirked as she leaned against the doorframe. “What’s up?”

Andrea frowned. “Seriously, Simone, you should be more grateful. Without me here, you’d probably have thrown some important stuff away.” She pointed to a box she’d been using to store items she felt needed preservation. “What about your great-grandpa’s war medals and those photos of him in his military uniform?” She picked up the old wedding photo of him and his war bride and held it up. “I still can’t believe how much you look like your great- grandmother.” She pointed to the young Simone Sophia—Simone’s namesake—and smiled. “I wish this photo was in color. I’ll bet her hair was auburn like yours.”

“As a matter of fact, it was. But I’ve seen that photo a million times.” Simone bent down to pick up an old needlework pillow she remembered from childhood. “I guess I’ll keep this.” She shook off the dust then tucked it under her arm. “Okay, what’s so important that—”

“This letter.” Andrea held up what looked like a perfectly normal envelope. “It’s never been opened.”

“Well, that’s nothing. Grandma Betty was always forgetting things. I found a grocery sack stuffed with unopened mail and bills when I first came to help out.”

“Yeah, I know. But this letter is addressed to you, Simone. And the return address is Mrs. Simone Sophia Winthrop. Isn’t that your great-grandmother?”

“Yeah.” Simone made her way through the messy room. “But she passed away more than two years ago.”

“Maybe so, but this postmark is nearly three years old.”

Simone took the thin envelope from Andrea, curiously studying the lacy handwriting. “This was mailed from the assisted-living center that Great-grandmamma went into after Great-grandpapa died.” Simone read the postmark.

“You’re right about this date. It seems to have been written a few months before she died.”

“Maybe it’s a check, Simone. Your inheritance. Wouldn’t that be cool?”

“What about that cool house she had in San Francisco? I remember when I went with you to visit her. That must’ve been worth a bundle.”

“Except they got a reverse mortgage on it when my great-grandfather needed care.” Simone flipped the envelope over to see it was still securely sealed. “It’s never been opened.”

“I know. Why didn’t Grandma Betty give you this letter?”

“Just one more sign of her early-onset Alzheimer’s. I noticed some memory issues with her when I was in college, but I assumed she was grieving for Grandpa. Then it kept getting worse. When a neighbor called saying she’d walked down the street in her nightgown, calling for a dog that had been gone for years, I knew we had a problem.”

“Yeah, I have an uncle with Alzheimer’s. It’s sad.” Andrea tapped the envelope. “Anyway, don’t you want to see what’s inside?”

Simone used her fingernail to carefully slit open the top of the envelope. “At least Great-grandmamma had all her marbles up until the end. You know, she was ninety-three when she died.”

“Hopefully you got her genes.” Andrea moved closer as Simone slid out the slim one-page letter. “What’s it say?”

Simone took in a deep breath then began to read aloud. As she read, she could almost hear Great-grandmamma’s sweet French accent.

I am a very old woman who has lived a very good life. I married a good man, and I miss him dearly. Time is soon when we will meet again. But this is not why I write to you today, dearest great-granddaughter.

I have an important message for you. I sent it to your grandmother, my daughter-in-
law, last spring. But I do not hear back from her, so I am worried you will not know.

I asked Betty to tell you about my treasure—

“Her treasure!” Andrea interrupted. “So this really is a valuable letter?”

Simone returned her focus to the letter, continuing where she left off.

My treasure stayed behind when I left France. I hid it in a secret place. I tried to send for it many years ago, but life grew busy. I forgot and my treasure seemed lost to me. But now, I remember my treasure. It haunts me like an old melody. More than anything in life, I want to share my treasure with you, Simone Sophia. It is for you and only you, ma chérie. If I were not so ancient and worn out, I would go there and bring it back for you. But I cannot.


My treasure is hidden in Avre—


“In an oven?” Andrea interrupted again.

“No, not an oven. Avre is in France. It’s spelled A-V-R-E but my great-grandmother pronounced it more like ov-eh. Her family home was there. I actually wrote a research paper on Avre in middle school. All I remember is that it’s this really small town in the French Alps and that it burned to the ground in the 1800s. Great-grandmamma never spoke of it much, but I know it’s where she met my great-grandpapa during World War II. I remember asking her if she ever missed her family, or wanted to go back, but she didn’t seem to care. I almost got the feeling something went wrong back—”

“Never mind all that, Simone. I want to hear about the treasure. Keep reading!”

“Then stop interrupting.” Simone felt her hands tremble slightly as she held up the letter and continued to read.

My treasure is hidden in Avre. I know it must still be there. You must go and get it, ma chérie. It is meant for you. For you alone. Please, waste no time. Go and get it, Simone Sophia. My treasure will be your treasure. If I know you have secured it, I can die a happy woman.

“I knew this letter was important,” Andrea declared. “I could just feel it. What do you think the treasure could be? Money? Gold? The deed to the family home? Maybe your great-grandmother’s family was wealthy.”

Simone ignored her as she reread the letter, trying to grasp the meaning.

“You could be rich, Simone.” Andrea grabbed her by the arm, giving her a shake. “Think about it, this could be something really big. Aren’t you just a tiny bit excited?”

Simone blinked then slowly nodded. “Yes, of course, it’s exciting. But think about it, Andrea. Great-grandmamma Simone left during World War II. She hadn’t been in France for . . . well, decades.”

“Yes, but she sounded pretty certain that her treasure was safely hidden in Avre. It must still be there. Maybe it’s in her childhood home. Don’t people in France keep homes in the family for generations?”

“Even if she hid it in her family home, what are the chances it hasn’t been found by someone? Or that her relatives still live in the same house? And even if her mysterious treasure is still there, how could I possibly find it? How would I know where to look?” 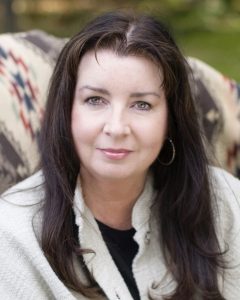 Melody Carlson is the award-winning author of more than 200 books with sales of more than 7 million, including many bestselling Christmas novellas, young adult titles, and contemporary romances. She received a Romantic Times Career Achievement Award in the inspirational market for her many books, including Finding Alice, and her novel All Summer Long was made into a Hallmark movie. She and her husband live in central Oregon. Learn more at www.melodycarlson.com. 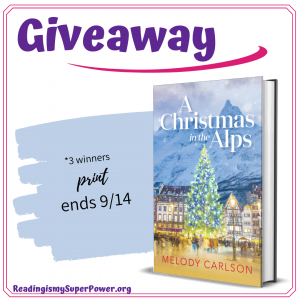 Revell is offering a print copy of A Christmas in the Alps by Melody Carlson to THREE of my readers! (US only. Void where prohibited by law or logistics.) This giveaway is subject to Reading Is My SuperPower’s giveaway policies which can be found here. Enter via the Rafflecopter form below.


What about you? What makes you want to read A Christmas in the Alps by Melody Carlson?

34 responses to “Book Spotlight (and a Giveaway!): A Christmas in the Alps by Melody Carlson”