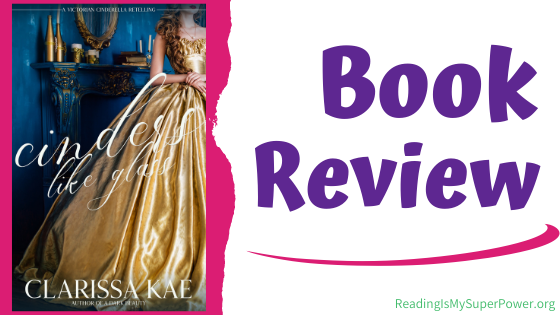 Cinders Like Glass, On Tour with Prism Book Tours 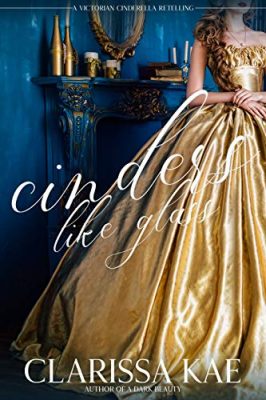 Grieving her father’s sudden death, Lady Ada Whitworth’s childhood stutter resurfaces. She seeks solace in her charcoal sketches secretly published in London’s Thames & Times newspaper. Her brother’s sharp tongue and quick temper shame Lady Ada into complete silence but not before she overhears his traitorous plot to kill the queen at the upcoming International Ball.

Mute and heartbroken, Lady Ada’s private pain is mistaken for arrogance, earning the ire of society. The Duke of Girard is tasked with sniffing out the elusive French spy called Tailor while an anonymous artist pokes fun at the duke’s failed pursuit, taunting him every step of the way. With the upcoming International Ball just weeks away, the Duke will stop at nothing to bring stability back to his beloved Britain-including finding the artist behind the sketches.

When Lady Ada’s accused brother disappears, she becomes the target of the Duke’s wrath, assuming her silence is from guilt, not grief. To loosen her tongue, the Duke demands Lady Ada be interrogated at his estate, a home hidden in the wild Welsh countryside. She sweeps the chimney, launders her clothes and helps the cook-she will do anything but speak to the Duke.

Lady Ada’s quiet service softens the Duke, his mind often turning to thoughts of her. But can he earn Lady Ada’s trust in time to save the queen? 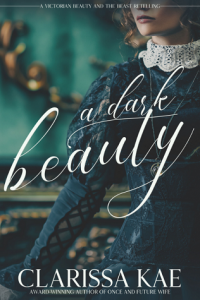 One of the surest ways to get me to add a book to my TBR list is for it to be a Cinderella retelling, and that’s exactly what first drew me to Cinder Like Glass. Well, that and the gorgeous cover! And while this is a more subtle retelling than perhaps I was hoping for, I enjoyed the story on its own merit as a lovely Victorian romance – and appreciate the subtleties 🙂

Ada is an immediately likable character, and readers will be sympathetic toward her plight. Her distant aunt/mother by marriage and her cruel cousin/brother leave much to be desired in the family department, but I loved the late earl – her uncle who adopted her as a baby when her own parents died. He raised her as his own daughter and treated her with love and kindness, and I’m so glad the author wrote his memory in that way. For one thing, it made the contrast between the late earl and his erstwhile son all the more stark. And it made the kindness of the Duke (when he wasn’t being a dolt) and Mr. Thomas all the more endearing.

As for the Duke, he took me a bit longer to warm up to – he was so focused on his mission to find the traitor and protect the queen that he saw a spy under every bush as it were, even entertaining the notion that Ada might be part of the plot. (Seriously, Duke?) When he is paying attention, however, his attraction to & tenderness toward Ada are quite swoony. And when he finally does come completely to his senses (or surrenders them completely, depending on your perspective), we are treated to a blissfully romantic moment full of sparks and chemistry!

Aside from the romance, I enjoyed the intrigue of hunting for ‘the Tailor’ and the mystery surrounding his identity (though, this is a story arc that ties each book in the series together so expect it to continue in the next book with some loose ends left in this one). The author has done a great job of weaving in plenty of suspects (appropriately loathsome in their own right) and keeping the tension high & the answers just out of reach.

Bottom Line: Cinders Like Glass by Clarissa Kae is a sweet Victorian romance with well-plotted intrigue and interesting history to keep you engaged. I particularly appreciated the portrayal of characters with a speech impediment and dyslexia – and I was sobered by the historical context surrounding how they were labeled and treated by society. While there were times when character development didn’t have enough layers to explain a sudden change of heart or action, I overall still enjoyed this story and am invested in finding out what happens in the next book!


Reviewer’s Note: Readers may want to be aware that there is occasional, mild cursing in this book. 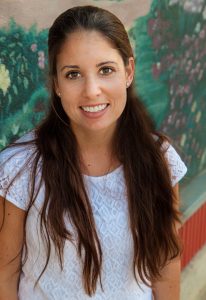 Clarissa Kae is a preeminent voice whose professional career began as a freelance editor in 2007. She’s the former president of her local California Writers Club after spending several years as the Critique Director.

Since her first novel, she’s explored different writing genres and created a loyal group of fans who eagerly await her upcoming release. With numerous awards to her name, Clarissa continues to honor the role of storyteller.

Aside from the writing community, she and her daughters founded Kind Girls Make Strong Women to help undervalued nonprofit organizations—from reuniting children with families to giving Junior Olympic athletes their shot at success.

She lives in the agricultural belly of California with her family and farm of horses, chickens, dogs and kittens aplenty. 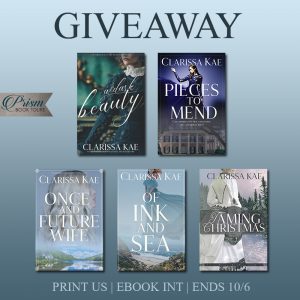 Five winners will receive one of the author’s backlisted titles: Once And Future Wife, Pieces To Mend, Taming Christmas, Of Ink And Sea, or A Dark Beauty
(ebooks to international winners, print to US winners)


This giveaways is hosted by Prism Book Tours, not RimSP
Follow along with the tour by clicking the banner below 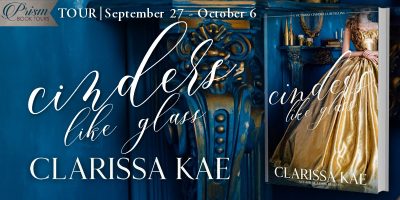 What about you? What makes you want to read Cinders Like Glass by Clarissa Kae?

17 responses to “Book Review (and a Giveaway!): Cinders Like Glass by Clarissa Kae”