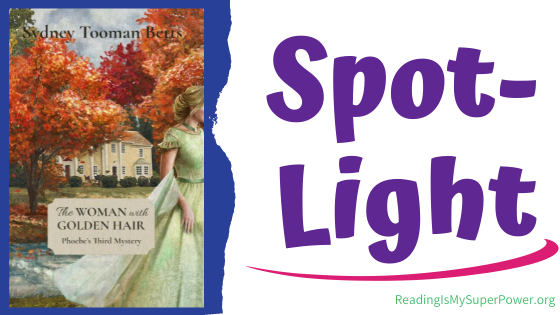 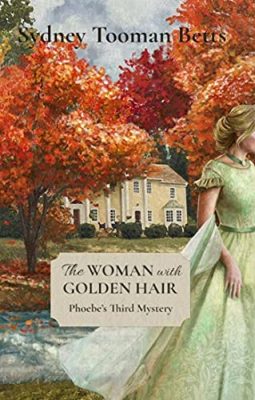 While hosting a party, Phoebe’s father discovers a golden-haired stranger unconscious on his parsonage doorstep. None of his guests know who she is, but the couple who provide her a place to recover soon suspects she is hiding a secret. Mix in a wealthy industrialist seeking a wife, an English earl masquerading as a commoner, and a handful of Jane Austen’s readers, and what do you get? Murder!

Join Phoebe, a young woman with a knack for eliciting confidences, as she sifts through clues to uncover the culprit.

~ Kailey Bechtel, All the Bookish Adventures 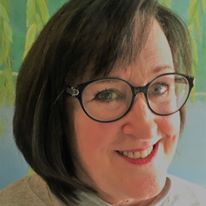 Sydney Tooman Betts resides with her husband near the extensive cavern system that inspired the setting for several chapters in her series The People of the Book.

While single, Ms. Betts (B.S. Bible/Missiology, M. Ed) took part in a variety of cross-cultural adventures in North and Central America. After marrying, she and her husband lived in Europe and the Middle East where he served in various mission-support capacities. Her teaching experiences span preschool to guest lecturing at the graduate level.

Before penning her first novel, A River too Deep, she ghost-wrote several stories for an adult literacy program. 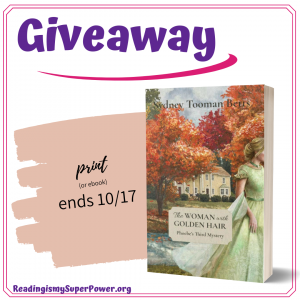 Sydney Tooman Betts is offering a print (or ebook) copy The Woman With Golden Hair to one of my readers! (US only. Void where prohibited by law or logistics.) This giveaway is subject to Reading Is My SuperPower’s giveaway policies which can be found here. Enter via the Rafflecopter form below.


What about you? What makes you want to read The Woman with Golden Hair by Sydney Tooman Betts?

17 responses to “Book Spotlight (and a Giveaway!): The Woman with Golden Hair by Sydney Tooman Betts”