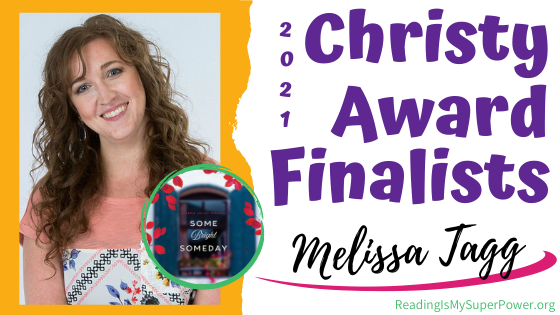 Happy Tuesday! Continuing until October 28th (culminating with a list of winners), I have the privilege of featuring all of the 2021 The Christy Award Finalists! Today I’m featuring Melissa Tagg and her contemporary romance Christy Award finalist book Some Bright Someday! You can check out a list of all the finalists HERE. 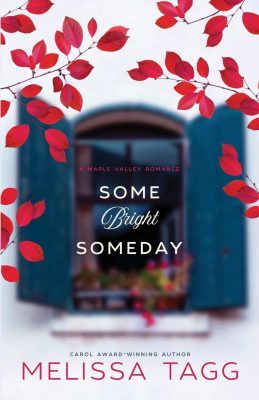 He’s torn between love and honor…

Lucas Danby has always regretted the decisions that caused his dishonorable discharge from the military—and he’s never stopped trying to redeem his honor. He’s spent the past decade taking on dangerous short-term missions as an elite private soldier—the only part of his life that’s ever gone right. But the high-risk work never cures his shame. Now he’s stuck stateside, mentoring a new recruit. Worse, he’s sick of lying to the people he cares about most—including the woman he’s secretly loved for years.

She can’t escape her house of memories…

Jenessa Belville should be happy. She’s the hometown girl everyone loves, after all. But she’s also the last Belville left—and if she had her way, she’d leave the name and all its painful memories behind. Which is exactly what she hopes to do once she sells Belville Park, the massive estate she inherited from her parents. First, though, she needs to restore the property’s once-glorious gardens. But on the same day she puts up the “For Sale” sign, she discovers three children hiding in the caretaker’s cottage, thrusting her into the unexpected role of temporary guardian.

Fighting for their future means healing from the past…

Struggling to mentor a young man with scars nearly as piercing as his own, Lucas offers to help Jenessa restore the Belville grounds. Though drawn together by a trio of kids who tug on their hearts and the sparks they can’t deny, past secrets and current sorrows threaten to pull them apart. Only the brightest love and hardest sacrifice can turn the house Jenessa never wanted into the home she and Lucas have always longed for.

What is something God taught you while you wrote some bright someday?

Anybody who has heard me talk about this book probably knows exactly what I’m going to say here. I struggled to write Some Bright Someday for nearly nine months before getting desperate, taking two weeks off from my day job, and hiding away at a goat farm to give it one more go. I prayed that God would either work a miracle or make it clear once and for all that I needed to let this book go. I was willing to do that—to give up—if that’s what He wanted.

Instead, during those two weeks, God did such a number on my heart! He gave me thousands of words day after day . . . and as He did, He reminded me as He has so many times before that He has good timing. That He breathes stories to life at just the right time, in just the right way. That He has a plan . . . and that even when we’re struggling or anxious or frustrated or discouraged, all of which I felt so often in 2020, He can take what feels like a mess and turn it into something to be used for His glory. I’m so very grateful that He gave me the gift of Some Bright Someday and that He knew just when I was meant to unwrap it. It’s a reminder to me to trust Him with the other things in my life, too—the long waits or the unfulfilled longings. He is good and we can trust him with our somedays. 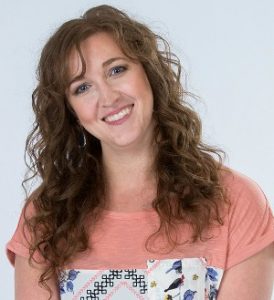 Melissa Tagg is the USA Today bestselling, Christy  Award-winning author of swoony and hope-filled small-town contemporary romances. She’s also a former reporter, current nonprofit marketing strategist, and total Iowa girl. Her latest book, Autumn by the Sea, kicks off a new seaside series set in Maine. When Melissa’s not happily lost in someone else’s book or plugging away on her own, she can be found spoiling her nieces and nephews, watching old movies, and daydreaming about her next fictional hero. Connect with Melissa at melissatagg.com. 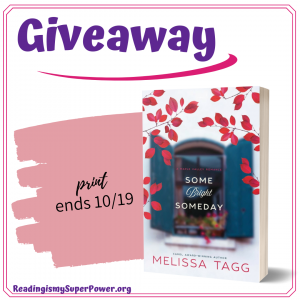 Melissa Tagg is offering a print (or ebook) copy of Some Bright Someday to one of my readers! (US only for print. Void where prohibited by law or logistics.) This giveaway is subject to Reading Is My SuperPower’s giveaway policies which can be found here. Enter via the Rafflecopter form below.


What about you? What makes you want to read the contemporary romance Christy Award finalist Some Bright Someday by Melissa Tagg? Or, if you’ve read it already, what did you love about it?

26 responses to “2021 The Christy Award Finalists (and a Giveaway!): Melissa Tagg & Some Bright Someday”