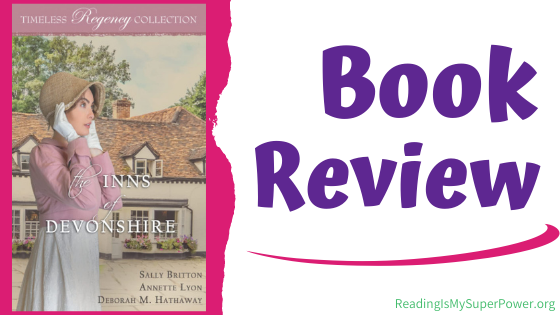 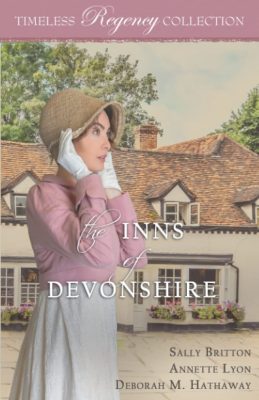 After years of looking after one another, Susan Baxter and her mother view their neighbors in Totnes as family. When a new landlord inherits the leases on their homes and businesses alike, Susan dreads knowing her world could change at the whim of a stranger. But when she meets Collin Stonecroft and his inquisitive daughter, her feelings shift quickly from cautionary to hopeful. Collin has lived in the confines of London boarding houses all his life, and he’s determined to give his daughter more. They check into the Seventh Star Inn with plans to return to London as soon as possible, but both find Miss Baxter and her local history lessons far too enchanting to leave behind. When Susan learns of Collin’s proposed changes to her beloved neighborhood, will she be able to help him see that some things are perfect the way they are?

The Truth about Mr. Blackmore, by Annette Lyon

Leigh’s life at the Old Grey Inn is drudgery broken by flights of fancy thanks in part to novels by Simon Blackmore. When Mattias McGrady comes to the inn for a fortnight, Leigh captures his attention. A relationship develops, and she dreads the end of his stay, which will mean a return to an unhappy life. An urgent letter to Mattias leads to him inviting Leigh to an event that stands to change both of their lives forever. If all goes well, Leigh will have a life of her choosing after all. But half-truths and lies have a way of complicating matters. When their plans go awry, Leigh loses her reputation and Mattias almost surely loses his career. Can either of them find happiness?

Ever-reliable Mary Thorne has helped her widowed mother run The Golden Mermaid Inn for years. She spends her days greeting guests, ensuring the inn runs smoothly—and dodging flirtatious remarks from passing coachmen. But she’s far too busy to pay any attention to such men, even the enticingly attractive Mr. Northcott. Known far and wide for his horsemanship, punctuality, and dallying reputation, Robert Northcott relishes his life as a coachman, especially his freedom to flirt with numerous women from inn to inn, all without the messy details of commitment. There’s just one woman who’s immune to his charms: the lovely, single landlady of The Golden Mermaid. Robert is determined to win Mary over, just as heartily as she is determined to keep her distance from him. But his carefree life is threatened when his pursual of Mary becomes more than just a game…

The Inns of Devonshire is a collection of three novellas by three very talented authors. Each story is set in a different part of the Devonshire countryside, in a different inn, with a sweet love story that blossoms between a fatherless young woman with limited marriage possibilities and a man who has come to stay at the local inn. Beyond those commonalities, however, the stories are not all that similar – each with a unique voice and plot – so readers are assured of their attention being captured all the way through the collection.

In The Seventh Star Inn by Sally Britton, we are introduced to my favorite characters of the collection – Susan Baxter & Collin Stonecraft & Collin’s young daughter. I loved their personalities and the laid-back, sweet nature of their story. I also enjoyed becoming acquainted with the quaint village of Totnes & its history, seeing it through Susan’s eyes and watching Collin fall in love with it, too, even as he falls in love with Susan. Both hero & heroine seemed so genuine of heart and that made their romance all the sweeter.

Annette Lyon’s The Truth about Mr. Blackmore had my favorite angle, with hints of Cinderella tucked throughout the story. Not to mention Mattias & Leigh’s discussions of fairy tales in general. I especially loved Mattias – his endearing awkwardness, his author side, and his kind heart. Leigh is adorable and also easily likable, all the more noticeable with how unlikable her aunt and uncle are. You may find yourself cheering the most by the end of this story, too.

The Coachman’s Choice by Deborah M. Hathaway contained my favorite romance – full of sparks but still so very sweet. Robert and Mary have very different goals in life, at least at first glance, goals which are definitely incompatible. Yet, their tentative friendship can’t mask the chemistry & attraction between them (which makes for some fabulous kisses, just sayin’). The character growth in this novella is also outstanding, particularly on Robert’s part, despite it not being a full-length novel. The last chapter & epilogue had me grinning from ear-to-ear, while also a little misty-eyed because it was so sweet.

Bottom Line: The three novellas of The Inns of Devonshire are sweet romances that whisk you away to the peaceful English countryside and three quaint inns. Each story has its own unique elements and gives the reader a taste of each writer’s style. I enjoyed the swoony kisses (of course!), the romances themselves, the atmospheres and the side characters too! From a spinster with a heart of gold & her new landlord with a motherless daughter; to an aspiring artist who is forced to work off debt at a local inn & the reclusive author who is captivated by her; to a flirtatious coachman & the late innkeeper’s daughter with different goals – each novella draws you in and puts a smile in your heart. 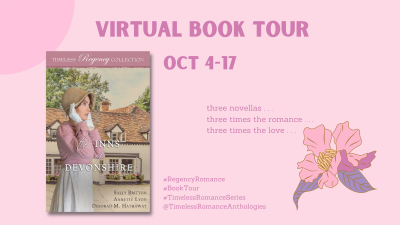 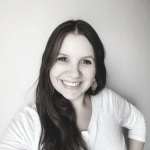 Sally Britton is a wife, mother, and author who loves the world of romance, received her BA in English from Brigham Young University, and reads voraciously. She started her writing journey at the tender age of fourteen on an electric typewriter, and she’s never looked back.

Sally primarily lives in Oklahoma with her husband, four children, and Izzie the Aussie Shepherd. She loves researching, hiking, and eating too much chocolate. 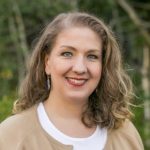 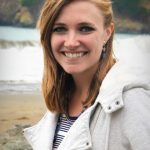 Deborah M. Hathaway graduated from Utah State University with a BA in Creative Writing. As a young girl, she devoured Jane Austen’s novels while watching and re-watching every adaptation she could. She finds inspiration for her novels during her travels with her English husband to the United Kingdom, where she draws on the beauty of the country in such places as Ireland, Yorkshire, and her beloved Cornwall. Be sure to sign up for Deborah’s Newsletter to stay updated on new releases, free and discounted Clean Romance novels, and more!

What about you? What makes you want to read The Inns of Devonshire by Sally Britton, Annette Lyon & Deborah M. Hathaway?