Posted October 27, 2021 by meezcarrie in 2021 The Christy Award, Christian, fantasy, giveaway, Lindsay A. Franklin, YA / 9 Comments 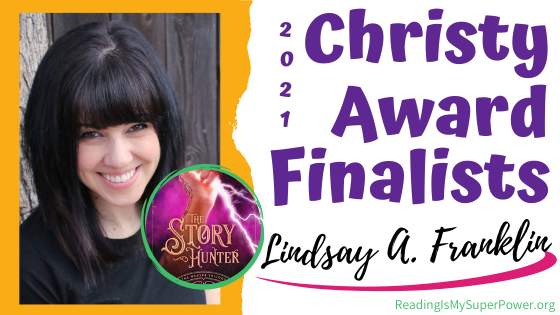 Happy Wednesday! Continuing until tomorrow (culminating with a list of winners), I have the privilege of featuring all of the 2021 The Christy Award Finalists! Today I’m featuring Lindsay A. Franklin and her speculative fiction Christy Award finalist book The Story Hunter! You can check out a list of all the finalists HERE. 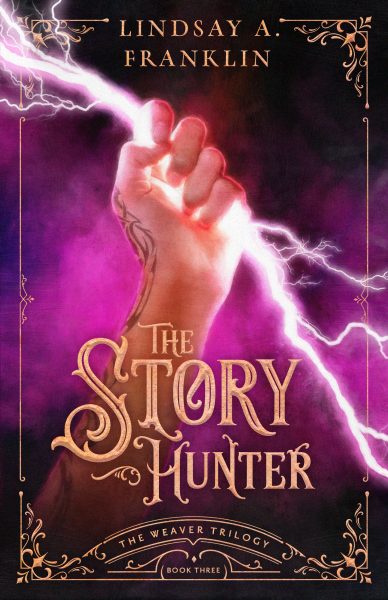 Redeeming the past is a fatal quest.

In the wake of a deadly coup, the capital city of Urian has descended into chaos. Heartbreak and bloodshed await Tanwen and her friends as they discover the unlikeliest leader now rules Tir.

If they want to save the realm, Tannie and the Corsyth weavers must rescue Queen Braith and unmask the Master, ending the strife once and for all. But the success of their hunt depends upon an ally no one trusts.

The Master has a new target in sight: fragile, trauma-scarred Digwyn, whose unique weaving ability could turn the tide of any war. When the desire for vengeance proves too powerful for Digwyn to resist, Tanwen must face a terrifying truth: the fate of Tir rests in the hands of a volatile, shattered girl.

I stood before the capital city of Urian, unable to breathe. Wispy strands of pearl-gray sorrow cascaded from my hands and pooled on the ground.

The city, the one I’d spent most of my young life dreaming about, hadn’t been all I’d hoped for—that was true. It hadn’t fulfilled me and my desires the way I’d once fantasized it would. But it had been my home for a while. It had been the place where I’d rediscovered my father, alive, after thirteen years apart. The place where we had triumphed over a tyrant, where Braith had rightly been crowned queen, and where I’d thought my future might lie.

And now, it was enveloped in chaos.

People poured through the cobblestoned streets and packed-dirt alleyways. Peasants, the merchant class, soldiers with uniforms in various states of disarray. Nobles, even. I watched as a lady in a fine dress stumbled over the rubbish strewn about the street. She cried out as she hit the ground. Half a moment later, three peasants were upon her, ripping at her fine clothing and jewelry.

Before she could scream again, my father stood over her, his sword drawn and his eyes ablaze. “You’ll not harm her.” 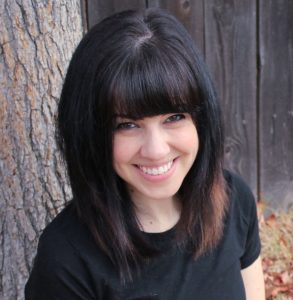 Lindsay A. Franklin is the Carol Award–winning author of The Story Peddler, a semi-retired freelance editor, and a former homeschooling mom of three children who are now taller than their mother. She would wear pajama pants all the time if it were socially acceptable. Lindsay is a recent transplant to the Pacific Northwest, where she lives with her scruffy-looking nerf-herder husband, their precious geeklings, and three demanding thunder pillows (a.k.a. cats). 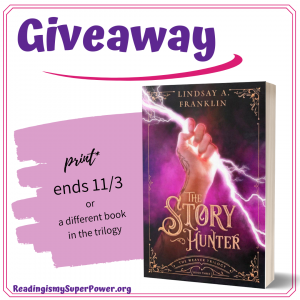 Lindsay A Franklin is offering a print copy of one book of choice in The Weaver Trilogy to one of my readers! (US only. Void where prohibited by law or logistics.) This giveaway is subject to Reading Is My SuperPower’s giveaway policies which can be found here. Enter via the Rafflecopter form below.


Wish you could watch the winners being announced?
Well, you can! For free! 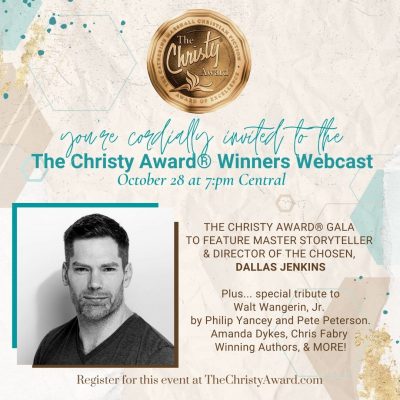 What about you? What makes you want to read the speculative fiction Christy Award finalist The Story Hunter by Lindsay A. Franklin? Or, if you’ve read it already, what did you love about it?

9 responses to “2021 The Christy Award Finalists (and a Giveaway!): Lindsay A. Franklin & The Story Hunter”