today’s book: Snowed In For Christmas

Christmas is still 38 days away, though, so… snuggle in, grab your fave hot beverage and comfiest blanket, turn on some Christmas tunes and start your bookish Christmas list! Oh… and did I mention there are GIVEAWAYS with EACH POST in this series??!! (Because authors are awesome!)

Today’s next featured book is a ‘stranded together’ romance with an intriguing twist, and author Gabrielle Meyer shares an excerpt! 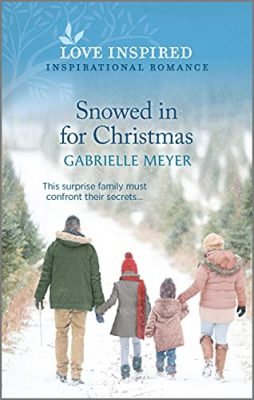 Stranded together for the holidays…

with one chance to heal the past.

Ending up snowbound with her ex for Christmas is a shock for Liv Butler—especially when she learns Zane Harris secretly adopted their child. While Liv longs to know the daughter she was forced to give up as a teen, Zane’s girls are his priority, and the widower doesn’t trust Liv to stay after the snow clears. But could she be just what his family needs?

She felt like she was sleepwalking as he opened the door and drew her out into the hall.

He closed the door gently and turned to her, his brown eyes searching her face. “I know you must have a thousand questions.”

She would, if she could get her brain to start working properly again. “Is she—?”

He nodded. “She’s your daughter.”

Shock soon turned to confusion. “How?” she asked, shaking her head. “I don’t understand. Have you had her this whole time?”

“But you signed away your rights, just like I did.” The hall was dark, even with the soft glow of the wall sconces. “She should be with your cousin and his wife.” That’s how she’d always imagined their daughter growing up. In a house with his cousin and wife, somewhere in Wisconsin. Wasn’t that where they lived?

“It didn’t go through. They chose to stop the adoption before I signed any papers.” He put his hands in his coat pockets. “It wasn’t the plan, but everything happened so quickly. My parents agreed to help me.”

“But…” She opened her mouth to protest. He wasn’t supposed to keep her. They were both going to move on with their lives, as if nothing had happened. Wasn’t that what their parents had agreed to? It’s what she had tried to do. “Why didn’t you tell me?”

He leaned against the wall and took his cap off. He gripped it in his hands, his dark brown hair curling in disarray. “I never meant to hurt you or anyone else.” His eyes pleaded with her to understand. “Your parents made it very clear that I should not reach out to you again. They wanted you to go on with your life. I didn’t think you’d want to know. And to be honest, I thought you wouldn’t care.”

“Not care?” Her voice caught as eleven years of pain and sorrow threatened to choke her. Her life had been a nightmare since the day she’d given her baby away. She’d suffered awful dreams, panic attacks and horrible self-hatred. How could she have given up her own baby without a fight? The only explanation was that she was heartless, and it was proven to her each time a relationship failed. She had never cried once—not over the loss of anyone who walked out on her.

How could she cry about someone leaving her when she had walked out on her own daughter? She didn’t have the right.

“The last time I saw you—” Zane crossed his arms as he watched her, his eyes full of pain “—you didn’t even want to hold the baby.” He lifted a shoulder. “You were like stone. I really didn’t think you cared.”

She remembered that day like it was yesterday and closed her eyes, wishing she could push away the pain. She had wanted to hold her daughter, but her mother had forbidden her. Told her it would be too painful and Liv had believed her. “How else was I supposed to cope?” she whispered, opening her eyes again. She’d never spoken to anyone about that day. To do so now felt almost wrong. But Zane had been there. He knew what it had been like, yet he hadn’t said goodbye to their daughter like she had. “I was seventeen,” she said, her voice filled with more anger than hurt now. “I didn’t have a choice. Unlike your parents, mine wanted to pretend it had never happened.”

His face was shadowed by the light. “I’m sorry, Liv.”

Gabrielle Meyer, Snowed In at Christmas
© 2021, Reprinted by permission. All rights reserved. 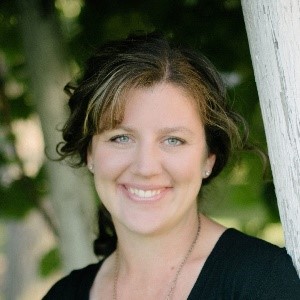 Gabrielle lives on the banks of the Upper Mississippi River with her husband and four children. As an employee of the Minnesota Historical Society, she fell in love with the rich history of her state and enjoys writing historical and contemporary novels inspired by real people, places, and events. The river is a constant source of inspiration for Gabrielle, and if you look closely, you will find a river in each of her stories.

When Gabrielle is not writing, you might find her homeschooling her children, cheering them on at sporting and theatrical events, or hosting a gathering at her home with family and friends. 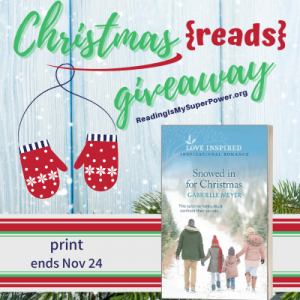 Gabrielle Meyer is offering a print copy of Snowed in for Christmas to one of my readers! (US only. Void where prohibited by law or logistics.) This giveaway is subject to Reading Is My SuperPower’s giveaway policies which can be found here. Enter via the Rafflecopter form below.


What about you? What makes you want to read Snowed in for Christmas by Gabrielle Meyer?

25 responses to “It’s Beginning to Look a Lot Like Christmas (Reads) GIVEAWAY: Snowed In For Christmas”