Christmas is still 33 days away, though, so… snuggle in, grab your fave hot beverage and comfiest blanket, turn on some Christmas tunes and start your bookish Christmas list! Oh… and did I mention there are GIVEAWAYS with EACH POST in this series??!! (Because authors are awesome!)

Today’s first featured book has a cover I immediately fell in love with, plus author Lindsay Harrel shares an excerpt! 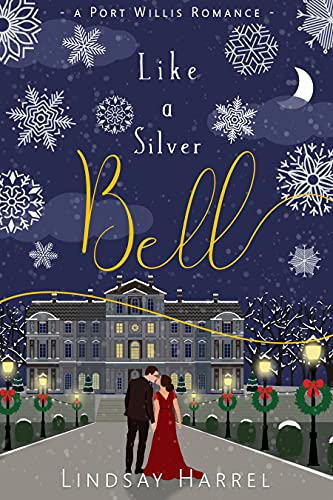 But after spending seven years as the wife of a powerful CEO—a praiseworthy man on the outside, but a monster behind closed doors—who can blame her?

Now, three years after finding the courage to leave him, Kara is trying to make a life for herself and her young daughter. She’s moving forward, working a job she loves at Boston-based New Dawn Women’s Council, the very non-profit that made her second chance possible.

That job lands her overseas in the quaint village of Port Willis just two weeks before Christmas. As the special events coordinator for New Dawn’s main office in Boston, Kara is overseeing the fundraiser that will help to finance and launch their London office.

And, like every good fundraiser should, this one includes a three-night stay at a historic English estate and a Winter Ball.

Kara has planned for every contingency—except Warren Kensington.

The handsome president of the charity’s board of directors seems like a good guy. Then again, so did Kara’s ex until they got married.

Still, there’s something about Warren that draws Kara to him. Can she let down her walls and trust again, or will they both return to Boston broken hearted this Christmas?

Lose yourself in the magic of this inspirational Austen-esque romance, where the friendships are sweet and the kisses are sweeter.

Each story in the Port Willis Romance collection can stand alone, but you may wish to read them in order as characters carry through.

Shaking free of the thoughts, Kara moved toward a gazebo at the opposite end of the park. Beside it stood a Christmas tree that must have been fifteen or maybe even twenty feet tall. It was decorated with red and silver bulbs and strand after strand of darkened lights. The gazebo roof had also been strung with lights. She imagined it all lit up against the sky—gorgeous, especially if the stars shone out here with any amount of brightness. The clouds would need to clear away first, though.

A sudden gust of wind whipped Kara’s hair back from her face and she hurried toward the gazebo, where a ring of wooden benches would allow her to sit in shelter and enjoy the scenery.

She didn’t notice someone already sat there until she was nearly inside.

Kara halted. Oh no. She could almost hear Cindy cackling with glee from across the pond.

But maybe if she backed away slowly, he wouldn’t notice her.

The man glanced up from his phone and blinked a few times. “Kara?”

“H-hi, Warren.” She swallowed, her throat suddenly dry. “Good to see you.”

Warren tucked away his phone and stood. “You too.” He wore jeans that likely cost more than she made in a month, a fashionable black trench coat—probably Burberry—and a purple woven scarf that looked both stylish and functional. Though Kara wasn’t petite by any means, his solid presence made her feel short. “Did you just get into town?”

She straightened her spine, hoping to appear taller than she was. Not that it mattered what he thought. “Yes, a few hours ago. I’m staying at a bed and breakfast not far from here and thought a walk sounded nice.”

Sarah and Michael were bunking with Ginny and Steven, who had also invited Kara along—but she preferred to have her own place to retreat to. Plus, she’d be in and out so much with preparing for the fundraiser and didn’t want to disturb anyone.

“Rebecca’s? Me too.” A smile lit Warren’s face. Though he was normally clean-shaven, today a dusting of dark stubble covered his sculpted jaw, lending him a rather rugged appeal.

And why exactly are you noticing that?

Kara bit the inside of her cheek. “Small world.”

He chuckled. “Not as small as you’d think. I’m pretty sure this town only has a few places to stay.”

“Right.” Taking a step backward, Kara forced a smile. “Well, I’d better be getting back there. Work is calling my name.”

“I’ll join you if you don’t mind. I’ve got hundreds of emails to comb through myself.” In addition to heading up New Dawn’s board, he was in charge of the Boston branch of his family’s New York-based corporation, which specialized in everything from technology to pharmaceuticals.

Warren stepped forward, and Kara caught a whiff of mandarin orange, black pepper, and lavender. It sent a shiver through her.

Goodness. For the scent of mere cologne to have such an effect on her, she really was tired—either that or Cindy’s words from two days ago had unfortunately embedded themselves in her brain.

Well, her brain had better get the memo that her heart was trying to send it.

Especially not with him. 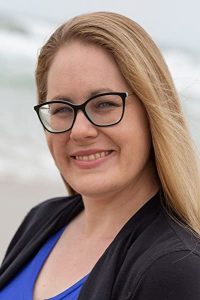 Lindsay Harrel is a lifelong book nerd who lives in Arizona with her young family and two golden retrievers in serious need of training. She’s held a variety of writing and editing jobs over the years, and now juggles stay-at-home mommyhood with writing novels. When she’s not writing or chasing after her children, Lindsay enjoys making a fool of herself at Zumba, curling up with anything by Jane Austen, and savoring sour candy one piece at a time. Connect with her at www.LindsayHarrel.com and other places she hangs out, like Facebook and Instagram.

Lindsay Harrel is offering an ebook bundle of all 3 Port Willis Romances to one of my readers! (Void where prohibited by law or logistics.) This giveaway is subject to Reading Is My SuperPower’s giveaway policies which can be found here. Enter via the Rafflecopter form below.


What about you? What makes you want to read Like a Silver Bell by Lindsay Harrel?