Happy Thursday! We are, of course, continuing our annual blog series spotlighting (over 60 this year) new and recently-released Christmas reads! Christmas is only 23 days away, so… snuggle in, grab your fave hot beverage and comfiest blanket, turn on some Christmas tunes and continue your bookish Christmas list! Oh… and did I mention there are GIVEAWAYS with EACH POST in this series??!! (Because authors are awesome!)

Today’s featured book is a Christmas installment of one of my fave cozy mystery series, and author Ginger Bolton gives us Deputy Donut’s feline take on the season. 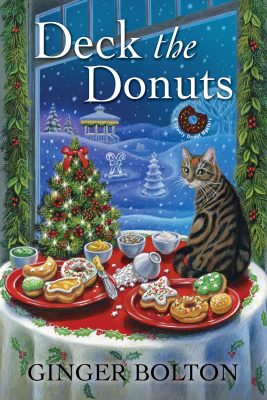 It’s Christmastime again in Fallingbrook, Wisconsin. Emily has truly decked the halls of her donut shop and decorated her donuts with festive designs from green and red frosting to snowflake sprinkles. For the annual Ice and Lights Festival, she’s commissioned a sculpture with three ice-carved donut shapes to form a holey snowman, Frosty the Donut. She has one Christmas wish this year–to spend some time under the mistletoe with a certain detective.

But the holidays just aren’t the same without an unexpected disaster or two. A tour bus on its way to the festival has crashed and a snowstorm has left all the shaken passengers stranded and shivering. Emily and her friends open their homes to shelter the traveling families, while the bus driver is admitted to the hospital for his injuries. But the following morning, Emily discovers his body–buried beneath Frosty the Donut.

The bus passengers show little sympathy for the man who dashed through the snow so badly, some claiming he was under the influence while behind the wheel. Emily also discovers that the driver had a history with folks in Fallingbrook. With multiple motives for murder piling up, it will take a Christmas miracle for Emily to solve this crime…


by Ginger Bolton, author of Deck the Donuts


First, I have to tell you that winter is not my favorite season. I’m Deputy Donut, and I’m an especially beautiful cat, colored like a tortoiseshell with stripes like a tabby. They call cats like me torbies. But I’m more special than many other torbies. The stripes on my sides are circles like donuts.

I live with Emily in Fallingbrook, in northern Wisconsin. On nice days, I can wear a harness and leash and walk to work at Deputy Donut (named after me!) with Emily, but in winter, Emily bundles me close in a special carrier inside her parka. That is warm and cozy, and I don’t have to touch any of that icky cold white stuff. But I don’t like seeing it. I know it’s there, threatening to engulf me. Shiver! 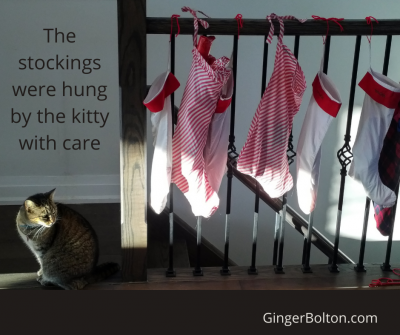 Every December, Emily brings a tree into our house. Yes, a tree. She puts sparkly things on it. I’m not a climber, so I don’t go up into its branches to play with the sparkly things, but some of them dangle low enough for me to attack. That’s kind of nice.

Emily also wraps up boxes. If she didn’t seal them shut, they would be perfectly good as cat beds and cat toys. She ties ribbon or yarn around these wrapped boxes. She doesn’t like seeing me bite the ribbons and bat the boxes, so I do it when she’s not watching.

Humans have other weird ideas. Emily thinks that playing in snow is fun! She went away for the entire afternoon to glide around on the snow with boards fastened to her feet and sticks grasped in her hands. Brent was going, too, which in human logic explains why they would do such a peculiar thing. Brent would be my other person if he and Emily would only understand the hints I’ve been giving them.

However, when Emily came home from skiing, she didn’t bring Brent. She brought this woman, Paige. I immediately didn’t like Paige. For one thing, she wasn’t Brent, and for another, she smelled like that stuff humans drink that can make them obnoxious and boisterous. She wasn’t noisy or anything, but she came in wearing this silver cape that made scary crinkly noises and kept making them even after she wadded it up. It was like there was a small animal inside that sparkly thing. I needed to watch it carefully and be ready to leap away. Also, Paige was upset, and that frightened me. Emily acted calm, but I could tell she was bothered and distracted.

Eventually, I realized that, like Emily, Paige could provide a warm lap, and she knew just how to wiggle her fingers around in my fur, so I began to accept her. Besides, when she did go outside, she was never gone for very long. Emily to work by without me! I was miffed.

Paige cooked and helped Emily with other things, too, like wrapping packages, giving me the chance to lie on wrapping paper, delve into boxes and bags, and attack ribbons.

I was happy to see Brent when he visited us, but he seemed more intent on asking Paige questions than on petting me. Paige cried, Emily was sad, and Brent seemed unlikely to become my other person. That made me sad.

It would be best if Paige just went away and left me with Emily. And with Brent, too. Maybe the snow will clear enough for Paige to leave before Christmas.

I remember what happens on Christmas. Emily gives me presents, including toys filled with catnip. And then, marvel of marvels, although I’m still not supposed to bite ribbons and yarn, all of that used wrapping paper and those empty boxes suddenly belong to me! After I subdue the rascally, wandering wrapping paper, I can take my new toys into the boxes and peer out at Emily. And at Brent, I hope.

Dep can’t talk, so we have to guess what she’s thinking. What do you imagine your pets would say about the holidays if they could talk? 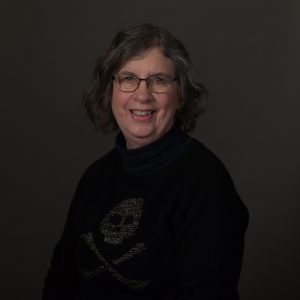 Ginger Bolton writes the Deputy Donut Mystery Series—Coffee, donut, cops, danger, and one curious cat . . . DECK THE DONUTS is the sixth Deputy Donut Mystery, and two more are in the works. Connect with Ginger on facebook, on twitter, and at her website https://gingerbolton.com. While you’re there, sign up for her (infrequent . . . ) newsletter. 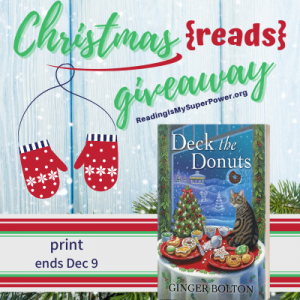 Ginger Bolton is offering a print copy of Deck the Donuts to one of my readers! (US only. Void where prohibited by law or logistics.) This giveaway is subject to Reading Is My SuperPower’s giveaway policies which can be found here. Enter via the Rafflecopter form below.


What about you? What makes you want to read Deck the Donuts by Ginger Bolton? What do you imagine your pets would say about the holidays if they could talk?