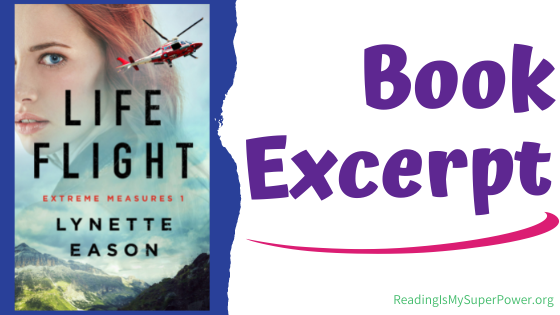 I’m delighted today to give you a peek inside Life Flight by Lynette Eason with an excerpt – and a chance for two of you to win a copy of your own! 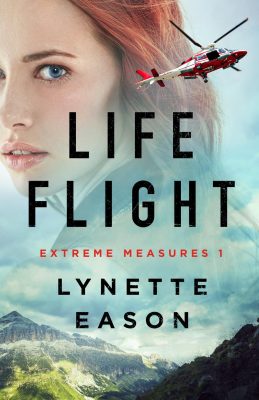 EMS helicopter pilot Penny Carlton is used to high stress situations, but being forced to land on a mountain in a raging storm with a critical patient–and a serial killer on the loose–tests her skills and her nerve to the limit. She survives with FBI Special Agent Holt Satterfield’s help. But she’s not out of the woods yet.

In the ensuing days, Penny finds herself under attack. And when news reaches Holt that he may not have gotten his man after all, it will take all he and Penny have to catch a killer–before he catches one of them.

Bestselling and award-winning author Lynette Eason is back with another high-octane tale of close calls, narrow escapes, and the fight to bring a nefarious criminal to justice.

They’d all trained for situations like this. Mostly, focusing on how to keep the patient stable in the midst of an emergency landing. Landing, please. Not a crash.

When her panel fluttered, then went dark once more, she groaned and squinted through the glass. More thunder shook the air around them, but the nonstop lightning was going to be what saved them.

The landing spot she’d picked out wasn’t perfect, but it would have to do. At least it was mostly flat—and big. “Brace yourselves,” she said. “It’s going to be a rough landing, but we are going to walk away from this. All of us.”

The tops of the trees were closer than she’d like, but the small opening just beyond them was within reach. “Almost there!” A gust of wind whipped hard against her and debris crashed into the windshield, spreading the cracks. Penny let out a screech but kept her grip steady. “Come on, come on.” She maneuvered the controls, keeping an eye on the trees through the cracked windshield. Okay, the tail rotor was responding somewhat. That would help. “We’re going to have a hard bounce! Be ready.”

She whooshed past the trees, their tips scraping the underbelly of the chopper, but she cleared them. Her heart pounded in her ears. Down, down . . .

The helicopter tilted, the right landing skid hitting first and sliding across the rocky ground. A scream came from the back and supplies flew through the cabin. Something slammed into the side of Penny’s helmet, and she flinched and pushed hard on the collective, angling the rotors, desperate to get both skids on the ground. They bounced, rocked, then settled on the skids. Upright and still breathing.

She’d done it. She was alive. They were alive. With shaking hands, she shut down the engine and took off her helmet. Thank you, Jesus.

She turned to see Raina and Holly unbuckling their safety harnesses. Holly dropped to her knees next to the patient while Raina dabbed at a cut on her forehead.

“You okay?” she asked Raina.

“Yeah. This is minor compared to what it could have been.”

“Hanging in there,” Holly said. She pulled the stethoscope from her ears. “Where are we?”


“I don’t know, but there’s a rescue team on the way. I hope.” If they could get through. Even now, the rain and wind whipped at the chopper body. “We just need to stay put until someone comes.”

Penny wasn’t sure either. “God did it. I was praying the whole time, so that’s the only explanation I’ve got.”

She needed to check the chopper and see what the damage was. Not that she could fix it, but…

She glanced upward. “Thank you,” she whispered.

Holly shot her a quick look. “What?”

“Nothing.” Penny eyed Claire and didn’t like what she was seeing. She snagged the radio again.

“Mayday, Mayday, Mayday. This is Medevac 2646 advising of an emergency landing somewhere on top of Mount Mitchell. Requesting immediate extraction. Four passengers. One critical. Over.” Then waited. No reply.

With another glance at her passengers, she tried one more time, all the while knowing it was useless. “Mayday, Mayday!”

“Okay, that’s not good,” she muttered. She snagged her cell phone from her pocket. One bar. She dialed 911 and waited. The call dropped. She tried again with the same result. If she had a sat phone, she could use that, but she didn’t have one, and she didn’t have time to be angry over the reason why.

Think, Penny, think. She turned back to the others, who were monitoring Claire. “Holly, I can’t get a signal and nothing’s happening with the radio. I’m going to have to try and walk until I get something.”

“All right, here’s the deal,” Penny said. “I have no idea if anyone heard my Mayday—or anything else. You guys keep Claire stable. I’ll be back as soon as I can get word to someone where to find us. I saw a few houses scattered in the area. I just need to find a road and follow it. Hopefully the closer I get to a neighborhood or house, I’ll pick up a cell phone signal.”

The emergency locator transmitter. “They should be able to, but I don’t want to take a chance on it malfunctioning. Something’s going on with the electrical. The instrument panel keeps flickering and the radio’s not working.”

“You can’t go out in this,” Raina said. “This weather is too dangerous.”

“If Claire wasn’t in such bad shape, I’d sit it out with you guys, but I’ve got to try— and when we get back, we’re having a fundraiser for a satellite phone.” She was going to have it out with her supervisor as soon as she saw him face-to-face. Thanks to his budget cutting, they could very well die out here. If she had a sat phone, she could—

Nope. Not going to think about that.

Penny grabbed the poncho from the bin next to the stretcher. “If I’m not back and help arrives, you get Claire to the hospital. I can wait for the next ride.”

“But, Pen—” Holly started to protest, but Penny was already shaking her head.

“Fine,” Raina said. “But if you’re not back in an hour, I’m coming looking for you.”

“Don’t you dare. Holly needs your help with Claire. I’ll be fine. If I can survive juvie, this little storm is child’s play.”

“Juvie?” Holly asked. “Why is this the first I’ve heard of that?”

“Long, boring story. I was a bad girl, they sent me to juvie, and I got my head on straight. End of story.”

Penny pulled four protein bars and two bottles of water from the small pack she carried on every flight. “Just in case you guys get hungry.” She slid the pack with the remaining protein bars and bottles of water over her shoulder and grabbed the emergency flashlight from the box, then opened the door. The rain had slacked off slightly—at least she thought so. She pulled the poncho over her and the pack and hopped to the ground. “Keep her alive! I’ll be back!”

Penny shut the door behind her and turned. With her cell phone clutched in her left hand, she darted into the woods.. . . .

FBI Special Agent Holton Satterfield jerked his feet from the desktop and slammed them to the floor even while he pressed the phone to his ear. He hadn’t thought the day could get any worse.

First, his conversation with his sister Rachel about their older sibling, Zoe, had gone so far south, it was probably north at this point. And now this. “I know you didn’t just tell me that.”

“Unfortunately, I did,” Gerald Long said. The Special Supervisory Agent didn’t sound any happier than Holt. “But Rabor is armed and on the run.” 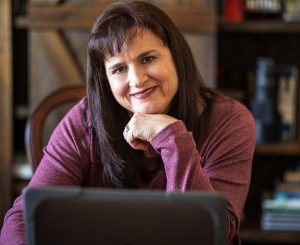 Lynette Eason is the bestselling author of the Danger Never Sleeps, Blue Justice, Women of Justice, Deadly Reunions, Hidden Identity, and Elite Guardians series. She is the winner of three ACFW Carol Awards, the Selah Award, and the Inspirational Reader’s Choice Award, among others. She is a graduate of the University of South Carolina and has a master’s degree in education from Converse College. Eason lives in South Carolina with her husband and two children. Learn more at www.lynetteeason.com. 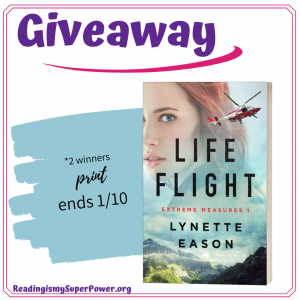 Revell is offering a print copy of Life Flight by Lynette Eason to TWO of my readers! (US only. Void where prohibited by law or logistics.) This giveaway is subject to Reading Is My SuperPower’s giveaway policies which can be found here. Enter via the Rafflecopter form below.


What about you? What makes you want to read Life Flight by Lynette Eason?

37 responses to “Book Spotlight (and a Giveaway!): Life Flight by Lynette Eason”