Victorian high society’s most daring equestrienne finds love and an unexpected ally in her fight for independence in the strong arms of London’s most sought after and devastatingly handsome half-Indian tailor.

Evelyn Maltravers understands exactly how little she’s worth on the marriage mart. As an incurable bluestocking from a family tumbling swiftly toward ruin, she knows she’ll never make a match in a ballroom. Her only hope is to distinguish herself by making the biggest splash in the one sphere she excels: on horseback. In haute couture. But to truly capture London’s attention she’ll need a habit-maker who’s not afraid to take risks with his designs—and with his heart.

Half-Indian tailor Ahmad Malik has always had a talent for making women beautiful, inching his way toward recognition by designing riding habits for Rotten Row’s infamous Pretty Horsebreakers—but no one compares to Evelyn. Her unbridled spirit enchants him, awakening a depth of feeling he never thought possible.

But pushing boundaries comes at a cost and not everyone is pleased to welcome Evelyn and Ahmad into fashionable society. With obstacles spanning between them, the indomitable pair must decide which hurdles they can jump and what matters most: making their mark or following their hearts?

“Matthews brings the Victorian era to vivid life with meticulously researched details and an impossible romance made believable and memorable.”— Booklist, starred review

“Matthews deftly underscores racial and gender discrimination in Victorian London in this excellent start to ‘The Belles of London’ series; rather than overshadowing, it propels the romance. Romance aficionados who love fashion and animals will delight in this tender romance and will be excited to see Evelyn’s friends in future installments.” — Library Journal, starred review

I don’t even really know where to begin after reading such a richly written and tender story that has been so meticulously researched and left me breathless more than once. Well, I guess I just did begin with that summation of how much I loved The Siren of Sussex by Mimi Matthews, didn’t I? This author is one whose books make me practically salivate with bookish glee before, during, and after I’ve read them – before, with anticipation; during, with how swoony and exquisite the story is; and after, with reliving the beauty of both the writing and the romance.

I’m not sure how I missed the fact, before reading, that Ahmad (who has intrigued me since first meeting him as a supporting character on the pages of A Modest Independence) is the hero of this new Matthews book. Or maybe I did know and had since forgotten. Regardless, once my reader heart made the realization, as I first saw him on the pages of The Siren of Sussex, I was nearly giddy with delight. I’ve so wanted to know the rest of his story and his cousin Mira’s, and it was pure reader joy to reunite with Tom & Jenny occasionally on these pages as well. It is not strictly necessary to have read Matthews’ Parish Orphans of Devon series before reading this new book, but you’ll love it all the more if you have. (Plus, they are FABULOUS so you really should anyway.)

The romance between Ahmad and Evelyn is exquisitely tender and swoony, full of chemistry and tension that zings off the charts. It’s at times daring and nearly always sensual while still remaining classy and chaste – a rarity to achieve, yet Matthews seems consistently to do so with ease. There were moments I had to remind myself to breathe, so caught up was I in the charged interactions between these two unique characters. I loved the various juxtapositions in their relationship, details that make their romance unconventional to the society of their time and all the more layered to a reader today. This especially shows up in their respective skills/interests, in terms of typical gender roles of the day (him, a dressmaker with sublime taste; and her, an equestrienne of the highest order and potential horse breeder), and their social classes (him, a foreigner in the working sector; and her, a gentleman’s daughter). I also loved what united them, other than their mutual passion for & irresistible draw toward each other – their loyalty to their families and their search for their self-made place – however atypical – in the world. These themes add further dimension to their characters as well as the plot, giving readers a well-rounded story at every turn.

As always with a Mimi Matthews novel, I finished The Siren of Sussex smarter for the reading of it. The richly researched history comes alive on the page, from the Pretty Horsebreakers to the rapidly growing spiritualist movement of the day, to racial issues and colonialism. Each of these elements, crucial to the story’s framework, intrigued me enough to want to do further research on my own, and my appetite has been whet for what else this series will teach me as it continues.

Bottom Line: An independent horsewoman, determined to do whatever it takes to make sure her sisters have all the advantages they need in society. An immigrant tailor who longs to make a name for himself in the fashion industry while also desiring to give a fresh start to less fortunate women who have no protector. When these two vivid characters collide, sparks fly and I am here for it! The Siren of Sussex by Mimi Matthews is everything I want in a historical romance – swoony, tender, and smart. Its sheer artistry is incomparable, as are the emotions the author tugs from the reader with the power of her pen. A must-read in every way!


Reviewer’s Note: Reviewers may want to be aware that there are a couple of very mild curse words in this novel. 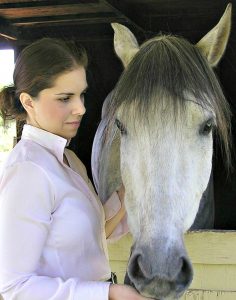 USA Today bestselling author Mimi Matthews writes both historical nonfiction and award-winning proper Victorian romances. Her novels have received starred reviews in Publishers Weekly, Library Journal, Booklist, and Kirkus, and her articles have been featured on the Victorian Web, the Journal of Victorian Culture, and in syndication at BUST Magazine. In her other life, Mimi is an attorney. She resides in California with her family, which includes a retired Andalusian dressage horse, a Sheltie, and two Siamese cats.

1 winner (selected at random by Rafflecopter) receives the following:

The giveaway is open from 12:01 am Pacific time 1/4/22 until 11:59pm Pacific time on 2/7/22. Giveaway hosted by Mimi Matthews. No Purchase Necessary. Entrants must be 18 years or older. Open to US residents only. Void where prohibited.


This giveaway is hosted by Mimi Matthews via Austenprose, not RimSP
Follow along with the tour for more great reviews & features!

What about you? What makes you want to read The Siren of Sussex by Mimi Matthews?

7 responses to “Book Review (and a Giveaway!): The Siren of Sussex by Mimi Matthews”