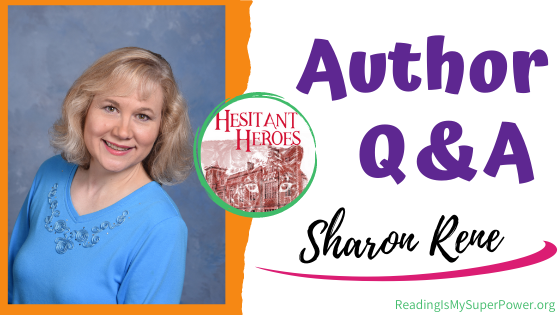 Please join me in welcoming Sharon Rene to the blog today to talk about her new young adult novel, Hesitant Heroes! 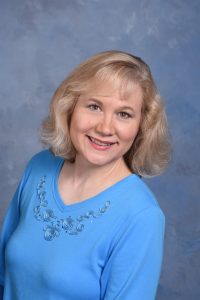 Sharon Rene grew up in Louisiana and now lives in Tennessee. She loves to write young adult and children’s fiction. Her young adult dystopian trilogy has been acquired by Anaiah Press and the first book, Hesitant Heroes, released September 7, 2021. Hesitant Heroes is an exciting blend of danger, drama and a little romance. The next book, Relentless Rebels, is scheduled to release in March 2022. Defying Destiny is the last book in the trilogy. It’s a prequel. Her first book, A Mixed Bag of God’s Grace, was published in 2018 by TouchPoint Press. This is a book of short stories and devotions for elementary aged children.

Sharon Rene hopes her books will bring enjoyment and encouragement to her readers. 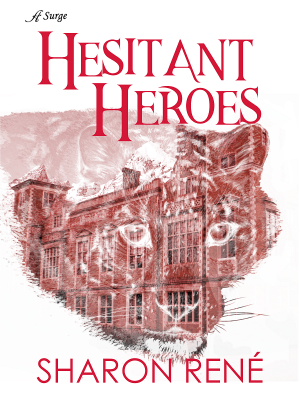 In a future where the planet is ruled by the powerful Global Collective Council, and religion is outlawed, Jordan Scott is chosen to attend Global Collective University because of her phenomenal computer skills. Shy and insecure, she has difficulty fitting in with the intelligent, worldly teens at GCU. She joins a secret Bible study and meets Matthew Thomas, a good-looking jock with a big heart. Jordan’s relationship with Matthew grows deeper, and she even manages to bond with her cranky roommate while growing closer to her fellow teammates.

When Christian students mysteriously start disappearing from campus, Jordan stumbles upon the shocking truth—these students are pawns in a government plot, and she’s next on their list. Suddenly, she’s forced into a leadership position as she and her teammates journey from the European Alps to the jungles of Venezuela in a race to save the missing students and stop a political assassination. Fighting fears that have haunted her for years, Jordan battles with the strongest political force on the planet. She believes God placed her at GCU for “such a time as this.” Jordan will have to rely on her faith and friends to save the missing students and foil the evil government.

Hi Sharon! Welcome to the blog!

Sharon: Cats but I like dogs too. I’m an animal person. I like the independence and mysterious nature of cats, yet they are still cuddly.


Carrie: I’ve never met a cuddly cat but that’s probably because cats are so skittish of people who aren’t their humans.

Sharon: This is hard because I love them both, but I have to pick the ocean. Nothing beats the sound of the waves and the soothing salty smell of the water.

Carrie: the sound of the waves IS pretty wonderful 🙂

Sharon: I will always prefer print. I love the covers and the way the book fits in my hands. I do appreciate Kindle though and enjoy the convenience of having hundreds of books in one little machine.

Carrie: I feel the same way and I’ve found the Kindle is much more conducive to reading at night when my husband is trying to sleep.

Sharon: I’ve always wanted to fly. It was a great superpower for Superman so I think it would work for me too.

Carrie: it would definitely be a handy superpower to have!


Sharon: I was a Nancy Drew fan. I read every Nancy Drew book available. I enjoyed trying to solve the mystery and Nancy, Bess and George were my friends.


Sharon: My characters would say that I have a big imagination and get them stuck in one mess after the other. I enjoy tugging out the character’s emotions so the reader can relate to them.

Carrie: lol your poor characters – but it’s great for readers 🙂


Q: Which of your main characters in Hesitant Heroes is most like you?


Sharon: The main character, Jordan Scott, is a lot like me as a teenager. She’s an introvert and a bit clumsy. She has some self-esteem issues and believes she falls short when compared to other girls.

She believes in God but her faith falters at times. She tends to let fear rule her emotions.

Carrie: Teenage-me would have related to her a lot, too!


Q: Did you have the whole plot outlined before you started writing Hesitant Heroes, or did you let the characters dictate what came next?


Sharon: I’m not much of an outliner. When I wrote Hesitant Heroes I came up with the basic idea of putting a group of diverse teens in a boarding school together. I knew that Christian teens were going to disappear from school and the main character and her friends would start investigating.

That was it. I just let the characters lead me on. I was at least half-way through the book before I knew what had happened to the missing teens.

I don’t write all of my books that way though.  I found I needed an outline for the sequel, Relentless Rebels.


Carrie: i love that you didn’t know what happened to them before you started writing it!


Q: What do you most want readers to take away from Hesitant Heroes?

Sharon: In Hesitant Heroes, the main character, Jordan, loves the biblical story of Queen Esther. She believes that God placed Team Seven at their high school “for such a time as this.”

“For such a time as this” is the theme that runs through Hesitant Heroes. I believe that God has placed every one of us in a certain place at a certain time for a certain mission.

I hope Hesitant Heroes will help the readers understand that God doesn’t always place us in beautiful, calm environments.  Queen Esther lived in a pagan culture and was married to a pagan king. (Not great husband material).  Jordan and her friends must risk their lives to rescue their kidnapped friends and stop an assassination.  Nothing easy about that!

I pray that readers can draw strength from Jordan’s belief that God does have a special purpose for each one of us. We just need to ask God to direct us and show us what He wants us to do for Him in “such a time as this.”

Sharon: The sequel to Hesitant Heroes, Relentless Rebels, is scheduled to launch March 8, 2022.  The prequel, Defying Destiny, will be published after that.

I have completed a romantic suspense set in New Orleans. It needs a publishing home. My current WIP is a middle grade book about four girls who consider themselves detectives. They get in all kinds of trouble.

As you can see, I enjoy writing different genres.

Sharon Rene is offering a signed, print copy of Hesitant Heroes to one of my readers! (US only. Void where prohibited by law or logistics.) This giveaway is subject to Reading Is My SuperPower’s giveaway policies which can be found here. Enter via the Rafflecopter form below.


What about you? What makes you want to read Hesitant Heroes by Sharon Rene?