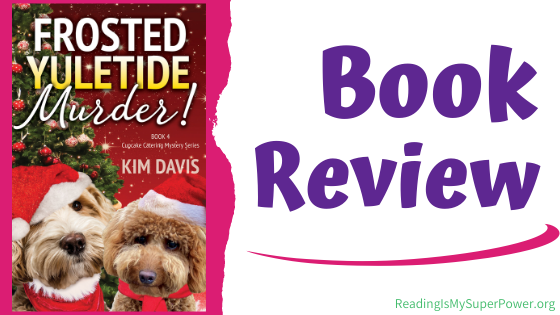 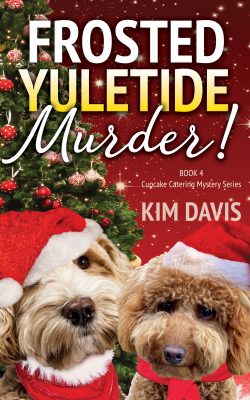 
Set against the holiday cheer of twinkling lights, costumed carolers, and a festive line of extravagantly decorated boats participating in the annual Christmas boat parade in Newport Beach, California, cupcake caterer Emory Martinez finds that the grinch has crashed the party. Together with her sister Carrie, Emory is catering a delectable feast of holiday cupcakes and cookies aboard a luxury yacht for the new Mrs. Blair Villman and her guests.

Sparks fly when Carrie comes face-to-face with the hostess, who just happens to be Carrie’s high school frenemy, and old grievances are dredged up. Adding fuel to the fire, Blair’s stepson brings his mother, the former Mrs. Villman, to the party. Instead of celebrating holiday cheer, someone seems intent on channeling the Burgermeister Meisterburger and shutting down Blair’s party permanently. When Emory finds a body aboard the yacht, she needs to discover who iced the victim before the Scrooge ruins not only her livelihood but her freedom as well. 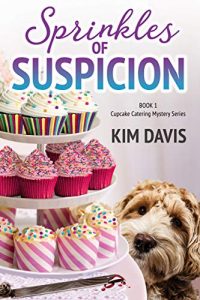 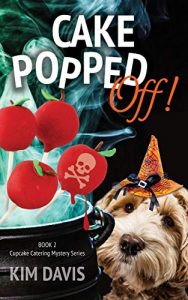 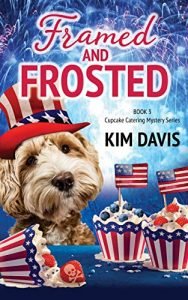 Every time I read a book in this series, I want cupcakes. Another reviewer said she made sure to have cupcakes in the house before she started reading this one, and I really should learn  that lesson for the next one. 😛

Poor Emory and her sister Carrie. All they want to do is firmly establish Carrie’s catering company & Emory’s desserts but, every time they think they have their big break, murder butts in and keeps their businesses on shaky ground. I really like these characters, too, as well as Emory’s newish boyfriend Brian and his grandmother Tillie (whose property Emory lives on). The author does a fabulous job of giving these characters layers that make them relatable and keep you firmly engaged in what happens to them – even outside of the case solving shenanigans. For instance, I truly cared about how meeting Emory & Carrie & Brian’s half-sister Vannie would go. (Note: Emory & Brian are not related, so don’t clutch your pearls! lol. Her mom and his dad are Vannie’s parents but they don’t share a parent with each other.) And now that I’ve met Vannie, I care about where her storyline may go in future books, too. (please say there are more books coming!)

The mystery is full of twists and turns and some stunning surprises along the way, too. The victim is pretty hard to muster much sympathy for, but readers will care that someone seems to be trying to frame Emory for the murder. I enjoyed Detective Tran’s role in this investigation and the friendship that’s developing between her and Emory, after a rocky start in the previous book. The dialogue between them – and, for that matter between all of the consistent characters, is smart and crisp and keeps the story well-paced & readers engaged.

Bottom Line: Frosted Yuletide Murder by Kim Davis is another highly enjoyable book in her Cupcake Catering Mystery series! The characters are vividly drawn, intelligent, and witty, and Emory & Tillie especially have an admirable strength that comes in handy more than once. While you don’t absolutely need to have read the previous books, it would give you a better connection to the characters & their storylines in this book. Yummy food, delectable desserts, great friends, lovable dogs, well-timed humor, and a mystery that will keep you guessing – what more could you ask for?

(I voluntarily reviewed a complimentary copy of this book which I received via Great Escapes Virtual Book Tours. All views expressed are only my honest opinion.) 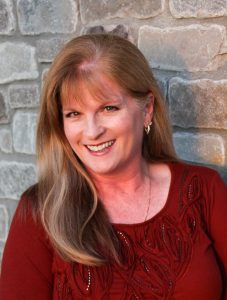 Kim Davis lives in Southern California with her husband. When she’s not chasing her new puppy or spending time with her granddaughters she can be found either writing stories or working on her blog, Cinnamon, Sugar, and a Little Bit of Murder or in the kitchen baking up yummy treats.  She has published the suspense novel, A GAME OF DECEIT, and cozy mystery, SPRINKLES OF SUSPICION, CAKE POPPED OFF, and FRAMED AND FROSTED. She also has had several children’s articles published in Cricket, Nature Friend, Skipping Stones, and the Seed of Truth magazines. Kim Davis is a member of Mystery Writers of America and Sisters in Crime.

What about you? What makes you want to read Frosted Yuletide Murder by Kim Davis?