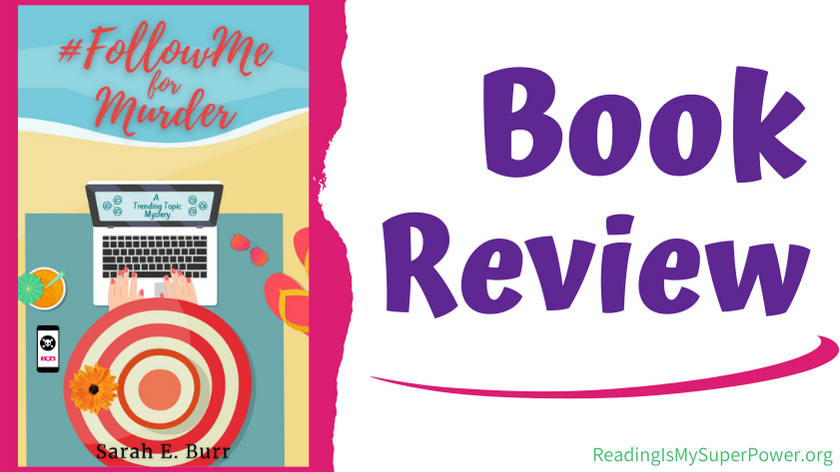 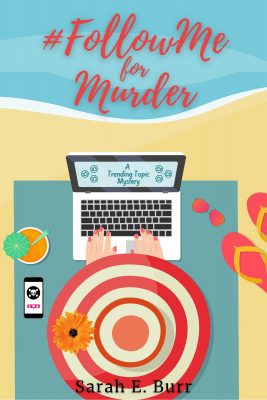 Murder is about to go viral for social media influencer Coco Cline.

After selling a tech startup to Facebook in a multi-million-dollar deal, blogger Coco Cline has returned to her hometown of Central Shores, Delaware to launch her own social media consulting firm. Her new clients, Sean and Olivia Chen, are ten days away from the grand opening of their specialty consignment shop when Coco stumbles across their assistant Stacy dead behind the register.

Worried that a cloud of suspicion will ruin their chances of a successful business launch, the Chens ask Coco to work alongside the inexperienced Central Shores police to speed up the investigation. Using her celebrity status and social media savviness, Coco realizes Stacy’s seemingly ordinary life was all an act. Following a trail of cryptic online posts, confusing timelines, and muddied gossip, Coco and her friends discover Stacy’s questionable relationships just might be the reason for her untimely demise.

From the first moment I heard of #FollowMe for Murder, I was intrigued by the idea of a blogger/social media influencer becoming a bit of an amateur sleuth. Because <<looks around>> ..well… yes, the reason should be obvious haha. I’ve always had a bit of Nancy Drew tucked away inside of me, so this idea for a series was just too good to pass up!


Coco is a lovable heroine who keeps her friend group close, loves her family, and is still dealing with the side effects of overnight fame and wealth. I could have done without all the descriptions of her getting dressed / putting on makeup, but that’s not really my scene anyway. Someone who is fashion savvy & beauty conscious will probably appreciate those details. I did, however, love her knack at hunting down clues & using social media to her benefit (in fact, there’s one particular twist near the end that had me cheering). She sleuths smartly, as far as being careful and not butting into the police investigation unrealistically as any self-respecting Nancy Drew fan would have lol. Her friends make fabulous partners in Coco’s own investigating adventures and any scene that involved Jasper in particular had me smiling. It was well-plotted too, with plenty of suspects and surprising turns, and I was only just starting to definitely think the culprit was the culprit when all was revealed even though I briefly suspected this person early on.

Coco’s boyfriend Hudson is the main point of contention for me with this book. I couldn’t get a good read on his character (metaphorically and literally), and while he does seem to love Coco there were some red flags that made me worry about his faithfulness a little bit. Even when Hudson appears to prove himself, the author built in just enough uncertainty (whether on purpose or not) to keep me giving him the side eye. I’ll be interested to see where their relationship goes in future books and if I was worried for nothing.

Bottom Line: #FollowMe for Murder by Sarah E. Burr starts a trendy new cozy mystery series perfect for the social media savvy crowd & those who want to be. Coco – our intrepid heroine – will draw readers easily into the setting, the relationships, and the whodunnit (which isn’t as easy to guess as you may first think). There are a few elements that I wish had been done differently but overall this is definitely a series to watch!

Reviewer’s Note: Readers may want to be aware that there is some cursing in this novel, as well as implied intimate activity outside of marriage. 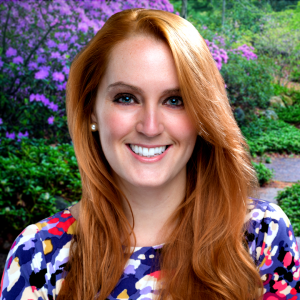 Sarah E. Burr lives near New York City. Hailing from the small town of Appleton, Maine, she has been dreaming of being Nancy Drew since she was a little girl. Since Sarah wasn’t stumbling across any crime scenes in corporate America, she left her career in healthcare technology to write mysteries of her own.

Her novel #FollowMe for Murder, first in the Trending Topic Mysteries, shines the spotlight on a social media PR expert after she discovers a dead body in her clients’ store, forcing her to untangle a web of secrets in her small, beach-side town.

Sarah is also the author of the Court of Mystery series and the Glenmyre Whim Mysteries. She is a member of Sisters in Crime, currently serving as the New York Tri-State Chapter’s social media guru. When she’s not spinning up new stories, Sarah is off seeing Broadway musicals, reading up a storm, video gaming, and enjoying walks with her dog, Eevee. 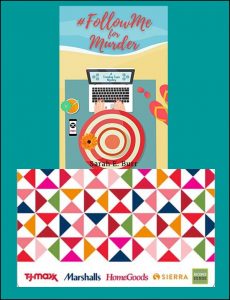 What about you? What makes you want to read #FollowMe For Murder by Sarah E. Burr?

4 responses to “Book Review (and a Giveaway!): #FollowMe For Murder by Sarah E. Burr”