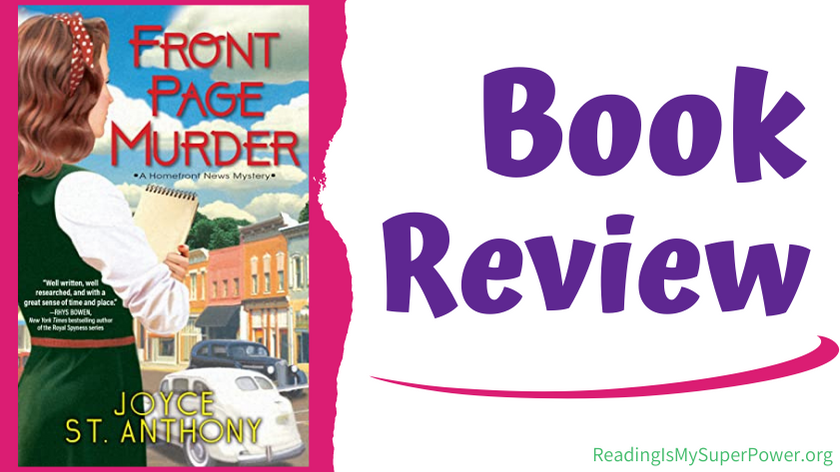 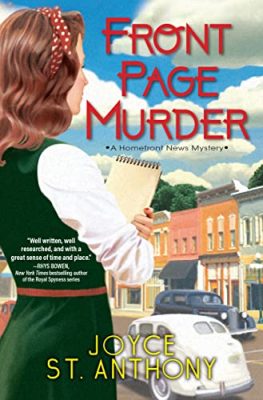 In this World War II-era historical mystery series debut by Joyce St. Anthony, small-town editor Irene Ingram has a nose for news and an eye for clues.

Irene Ingram has written for her father’s newspaper, the Progress Herald, ever since she could grasp a pencil. Now she’s editor in chief, which doesn’t sit well with the men in the newsroom. But proving her journalistic bona fides is the least of Irene’s worries when crime reporter Moe Bauer, on the heels of a hot tip, turns up dead at the foot of his cellar stairs.

An accident? That’s what Police Chief Walt Turner thinks, and Irene is inclined to agree until she finds the note Moe discreetly left on her desk. He was on to a big story, he wrote. The robbery she’d assigned him to cover at Markowicz Hardware turned out to be something far more devious. A Jewish store owner in a small, provincial town, Sam Markowicz received a terrifying message from a stranger. Moe suspected that Sam is being threatened not only for who he is…but for what he knows.

Tenacious Irene senses there’s more to the Markowicz story, which she is all but certain led to Moe’s murder. When she’s not filling up column inches with the usual small-town fare—locals in uniform, victory gardens, and scrap drives—she and her best friend, scrappy secretary Peggy Reardon, search for clues. If they can find the killer, it’ll be a scoop to stop the presses. But if they can’t, Irene and Peggy may face an all-too-literal deadline.

I thoroughly enjoyed this author’s Brewing Trouble Mysteries series (under the name of Joyce Tremel), so I was really eager to read her new historical cozy mystery series set during World War II. Her warm writing voice (which is one of the reasons I loved her previous series) is engaging and draws you right into the main character’s perspective and into the heart of the story.

Irene Ingram is exactly what I would want an intrepid, trail-blazing newspaper editor to be. She’s big-hearted and savvy, confident in her abilities but vulnerable enough to admit she doesn’t have all the answers. She’s also plucky and doesn’t let anyone give her any guff, despite several people who try their best to intimidate her. After all, her father put her in charge of his paper when he went overseas to be a war correspondent so she knows that at least he believes she can do it. And that’s enough for her to stay the course.

I really enjoyed the glimpses of stateside life during the war, some of them given through the newspaper headlines that start each chapter and some through the day-to-day experiences of our main & supporting characters. Along with the mystery, we are also treated to a close-up view of women’s workplace conditions, social issues, popular music, how rations affected everyone, and the general sense of patriotism – of wanting to do something, anything, to help the war effort. All of this is woven naturally throughout the story, so that it enhances the sense of time and place and keeps us grounded in the era as we read … without feeling like an info dump or distracting from the plot.

Speaking of the plot, the murder mystery is full of twists and turns as well as a healthy dose of intrigue. A Jewish shop owner attacked at his place of business. A dead newspaper reporter. A mysterious boarder. A local factory with some unusual accidents. Are these related incidents or separate from each other? Irene and her best friend Peggy are smart investigators (though some things that I thought were obvious seemed to stump them for a bit lol), and I enjoyed their sleuthing methods as well as their friendship. Some of the crime solving turned out as I thought it would while other aspects ended up surprising me.

Bottom Line: Front Page Murder by Joyce St. Anthony combines fascinating history, endearing characters, war-time intrigue, and small town spirit with a murder mystery that will keep you on your toes! Readers will love cheering on Irene in both her professional & sleuthing endeavors, and we tip our collective hats to women like her from that era who paved the way for our own professional opportunities in today’s world. St. Anthony has crafted a compelling read that will not only entertain you but will leave you smarter for it, too. Perfect for WWII history buffs and cozy mystery aficionados!


Reviewer’s Note: Readers may want to be aware that there are a few mild curse words scattered throughout this novel. 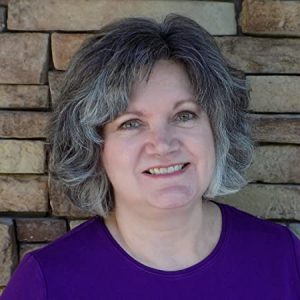 Joyce was a police secretary for ten years and more than once envisioned the demise of certain co-workers, but settled on writing as a way to keep herself out of jail. As Joyce St. Anthony, she is the author of the Homefront News Mysteries. The first in the series, Front Page Murder, will be (or was, depending on the blog date) released on March 8, 2022. Under her own name–Joyce Tremel–she wrote the award winning Brewing Trouble cozy mystery series. She is a native Pittsburgher and lives in the beautiful Laurel Highlands of Pennsylvania with her husband and two cats–Hops and Lager.

This giveaway is hosted by Great Escape, not RimSP
Follow along with the tour by clicking the banner below

What about you? What makes you want to read Front Page Murder by Joyce St. Anthony?