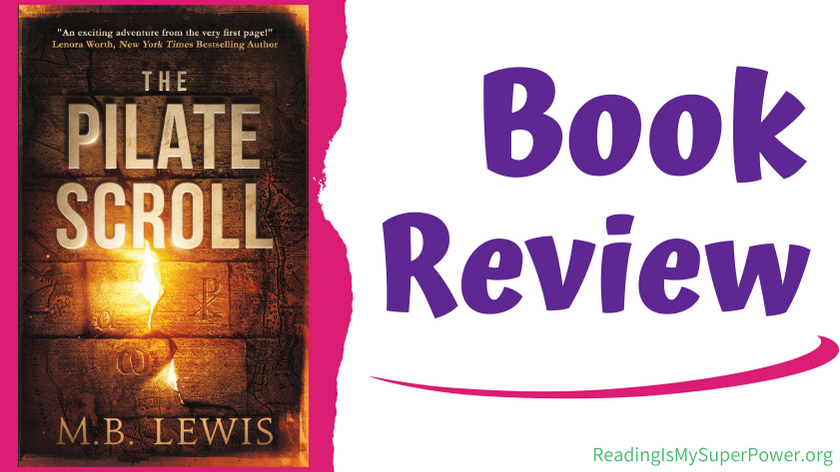 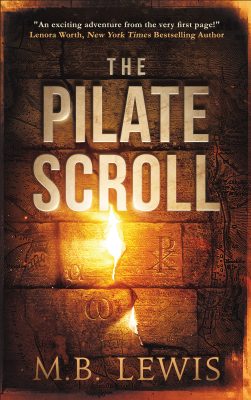 An artifact with untold power. An unlikely protector. Can she prevent the past from being used to destroy the future?

Kadie Jenkins lost her faith long ago. Traveling to Egypt as part of a research team battling a lethal virus, the talented scholar’s already weakened beliefs take a deadly dive when her colleague and mentor is murdered. With the man about to share a shocking finding before he met his demise, Kadie frantically gathers his papers… and barely escapes when the killer returns.

Fleeing by plane and forced into an emergency-landing in Israel, Kadie questions who in her group she can actually trust. And as the murderers close in, she’s stunned to discover they’re all hunting for an ancient relic that could change the course of history…

Will this headstrong academic lean on powers from above to keep the wicked from wreaking havoc on Earth?

The Pilate Scroll is a pulse-pounding Christian thriller. If you like complicated heroines, stunning twists, and divine light shining through the darkness, then you’ll love M.B. Lewis’s breakneck page-turner.

Kadie Jenkins has been through a lot, and she’s facing even more. Some she knows at the beginning of the story (her brother Brian has a brain tumor) and some she has no clue about (she’s about to be in a fight for their lives). She’s a character who has let her loss shape her opinion of God, rather than letting God shape her opinion of her losses. She’s very intelligent, but also very naive in some ways. And she loves her brother fiercely. This conglomeration of traits gives us a layered heroine who immediately has us solidly in her corner. Her faith journey is sweet and authentic, and I enjoyed her personality.

Duke is not your typical Christian fiction hero, and that’s really not a bad thing. His life before following Jesus was full of bad choices and, even now as a believer, he has some bad habits that aren’t usually seen in Christian fiction. Habits he’s suffering the consequences of and which, honestly, make him an unlikely romantic possibility for Kadie despite the sparks between them. In fact, if I had to pick which one was a Christian at the start of the book – Kadie or Duke – I would have gone with Kadie just on a purely surface level. Yet when we get down to the layers of Duke’s personality, we instead find a man who is kindhearted and loves Jesus in spite of still being a little rough around the edges.

My favorite characters in The Pilate Scroll, though, were Mac and Brian. Mac is Duke’s best friend and co-pilot, and Brian is Kadie’s brother. I can’t say much more about Mac without giving away some spoilers, but in Brian the author has done a remarkable job of representing a Down Syndrome character with honesty and tenderness. His faith in Jesus is simple and pure and unwavering, and his love for his sister is heartwarming. The abuse he suffers in this story from one antagonist in particular drew out several emotions in me, as though Brian was a real person in my acquaintance instead of a character in a thriller.

The plot is definitely intriguing on its own premise – what if there was a relic (or two) related to Jesus that could not only change history but could also change your life? What if good people are dying because they know too much & the wrong people find out? What if you have the information they need but you don’t know what it is? There are several close calls in this story that had me reminding myself to breathe because it felt like I was running for my life right along with Kadie, Duke, Brian, and Mac. The author makes these rather fantastical story points seem plausible and realistic, and the ever-present danger keeps readers invested in the outcome.

Bottom Line: If you’re a fan of the National Treasure or Indiana Jones movies or Ronie Kendig’s Tox Files, then you’re going to love the premise of The Pilate Scroll! While I thought the personal spiritual discussions (and some of the history lessons) at times were too lengthy & bogged down the story flow, and despite some other minor things that felt oddly placed, there was plenty of action and suspense to keep me turning the pages. A fascinating ‘what if’ plot with a lot of heart-pounding action & layered characters.

(I voluntarily reviewed a complimentary copy of this book which I received from Partners In Crime Tours. All views expressed are only my honest opinion.) 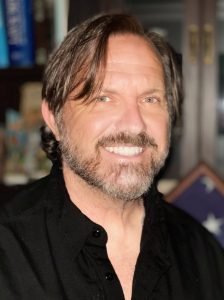 Michael Byars Lewis is an Amazon #1 International Bestselling Author, and his books have also been on the Bestseller lists on Barnes and Noble Nook and Kobo platforms. The author of the award-winning Jason Conrad Thriller series has been on numerous author panels at writer’s conferences such as Thrillerfest, The Louisiana Book Festival, The Pensacola Book and Writers Festival, and Killer Nashville. A 25-year Air Force pilot, he has flown special operations combat missions in Bosnia, Iraq, and Afghanistan in the AC-130U Spooky Gunship. Michael is currently a pilot for a major U.S. airline. A proud Christian active in his community, Michael has mentored college students on leadership development and team-building and is a facilitator for an international leadership training program. He has participated as a buddy for the Tim Tebow Foundation’s “Night to Shine” and in his church’s Military Ministry program. Michael has also teamed with the Air Commando Foundation, which supports Air Commandos’ and their families’ unmet needs during critical times. While his adventures have led to travels all around the world, Michael lives in Florida with his wife Kim.

This is a giveaway hosted by Partners in Crime Tours for M.B. Lewis. See the widget for entry terms and conditions. Void where prohibited. 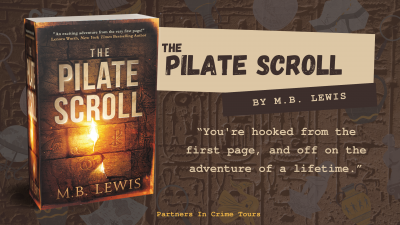 What about you? What makes you want to read The Pilate Scroll by M.B. Lewis?

6 responses to “Book Review (and a Giveaway!): The Pilate Scroll by M.B. Lewis”