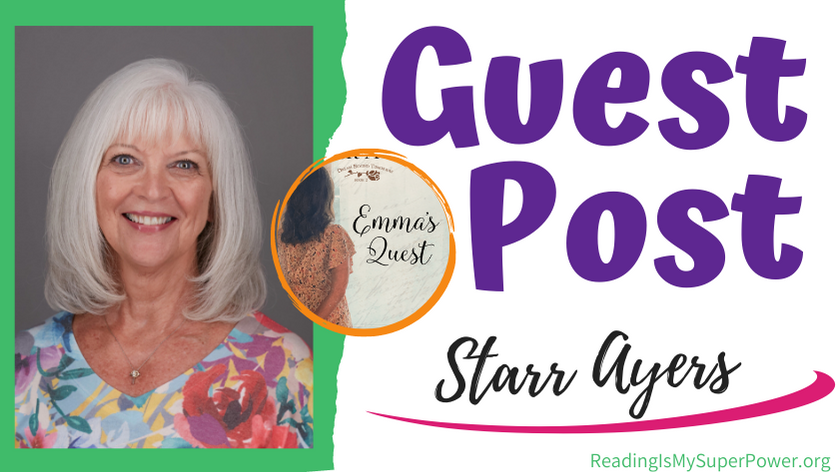 Please join me in welcoming Starr Ayers back to the blog today to chat about her new dual timeline novel, Emma’s Quest! 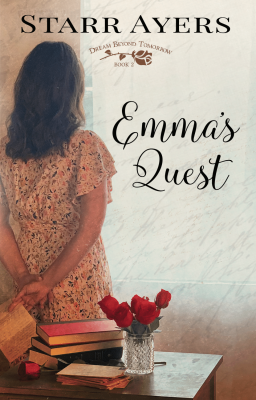 When Caroline Myers and her sister Kate find a wilted red rose on their mother’s headstone, the door to Emma Rose Walsh’s past swings open.

AS THE DARK CLOUDS OF WAR escalate in Europe, Emma leaves her North Carolina home and the soldier whose heart has never stopped longing for hers. However, when Andrew Brown, the charming Scotsman who’d won her affection, fails to meet her train in Chicago, Emma questions her hasty decision. Hundreds of miles now separate her from all that’s familiar and the people she loves.

Has she misread Drew? Did her rush to heal her past prompt her to dismiss warning bells and ignore common sense?

Perhaps her sister is right—happy endings are only found in fairy tales. 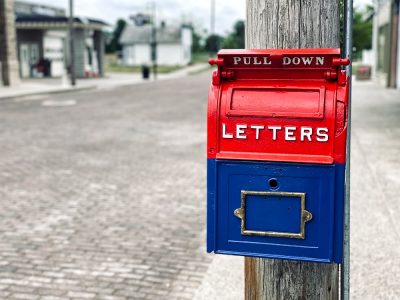 “Everyone knows that there is a language of the stamps, which is as related to the language of the flowers as the Morse code is to the written alphabet.”
Walter Benjamin: Einbahnstrasse (1928)

In 1938, a Fort Bragg soldier named Noah was hopelessly smitten by Emma—my mother—a 19 year-old waitress at the Rainbow Restaurant in Fayetteville, North Carolina. After her death seventy-three years later, I discovered a box of letters in her trunk. I read and reread each line, researched the venues mentioned, and googled Noah’s name numerous times before finding his sister’s obituary. Noah was listed among her deceased.

Soon my sister accompanied me on a search that led us to the North Carolina foothills. We visited Noah’s grave, met his nephew, and saw the house where Noah had written the letters. While there, Noah’s nephew’s wife managed to locate a photograph of the young soldier who’d stolen our mother’s heart.

I believe it’s nothing short of a miracle that words hidden in a trunk or lying dormant beneath the soil of the recipient’s heart can spring to life generations later. Not one inch of my fabulous journey or one word from my Dream Beyond Tomorrow series would have materialized if Noah hadn’t expressed his love to our mother in letters or if she had failed to keep them.

While preparing to write this article, I ran across a post on the Philatelic Database website. William Cochrane noted, “Many letters posted in the late nineteenth and early twentieth century had stamps affixed to envelopes and picture postcards in all sorts of odd positions and angles. The position of the stamp on the envelope was supposed to relay a message to the receiver.” 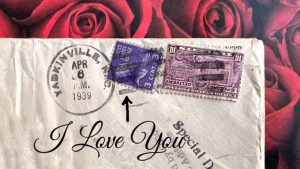 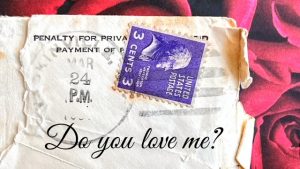 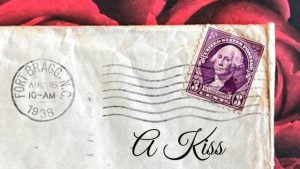 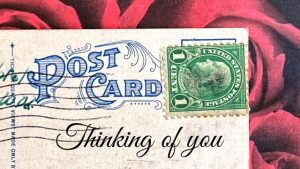 After reading about these clandestine expressions of love that originated in England in the late 1800s and spread worldwide, I reopened my mother’s box of letters. The five stacks of yellowed envelopes tied with black grosgrain ribbon contained yet another surprise for me. Although I’d shuffled through the letters numerous times, double-checking and sequencing postmarks, I’d overlooked the “secret language of stamps.” I had mistakenly associated the crooked placement of 3-cent stamps with the likely hurried lifestyle of the sender. However, since Noah’s message was meant for Emma’s eyes alone, it looks like cupid’s arrows hit the bullseye.

The photos within this article reveal the tender coded language between Noah and Emma. Sadly, this romantic way of expressing love has been lost with technology’s instant messaging and expressive emojis. Of course, I suppose we could choose to send sweet secret sentiments with our checks to the utility and credit card companies. Which ones do you think they’d like best? 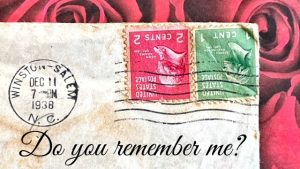 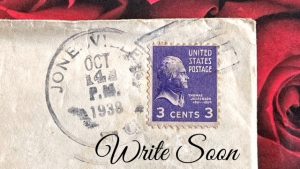 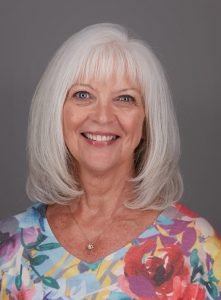 STARR AYERS is a multiple award-winning author and writer, a third-generation artist, Jesus follower, incurable night owl, java junkie, rainbow chaser, and an avid iPhone photographer who’s always on the lookout for the presence of wonder. Her debut historical novel, For the Love of Emma, released in December 2020. The sequel, Emma’s Quest, releases April 5, 2022. Starr resides with her husband, Michael, in North Carolina, and they have two daughters and a son-in-love. She is active in her church and has led a women’s Bible study in her community for over eighteen years. 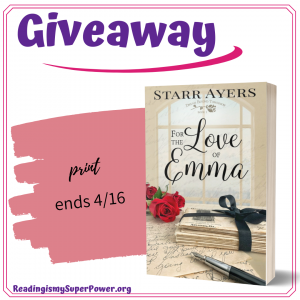 Starr Ayers is offering a print copy of For the Love of Emma to one of my readers! (US only. Void where prohibited by law or logistics.) This giveaway is subject to Reading Is My SuperPower’s giveaway policies which can be found here. Enter via the Rafflecopter form below.


What about you? What makes you want to read Emma’s Quest by Starr Ayers?