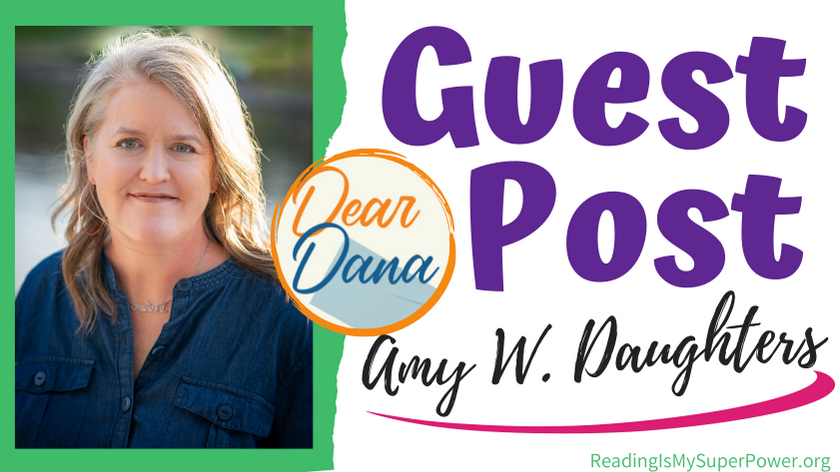 Please join me in welcoming author Amy Weinland Daughters to the blog to chat about her new book, Dear Dana, and the faith journey she never intended to go on! 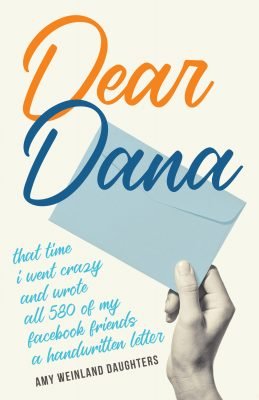 When Amy Daughters reconnected with her old pal Dana on Facebook, she had no idea how it would change her life. Though the two women hadn’t had any contact in thirty years, it didn’t take them long to catch up—and when Amy learned that Dana’s son Parker was doing a second stint at St. Jude battling cancer, she was suddenly inspired to begin writing the pair weekly letters.

When Parker died, Amy—not knowing what else to do—continued to write Dana. Eventually, Dana wrote back, and the two became pen pals, sharing things through the mail that they had never shared before. The richness of the experience left Amy wondering something: If my life could be so changed by someone I considered “just a Facebook friend,” what would happen if I wrote all my Facebook friends a letter?

A whopping 580 handwritten letters later Amy’s life, and most of all her heart, would never, ever, be the same again. As it turned out, there were actual individuals living very real lives behind each social media profile, and she was beautifully connected to each of those extraordinary, flawed people for a specific reason. They loved her, and she loved them. And nothing—not politics, beliefs, or lifestyle—could separate them.

the faith journey i never intended to go on 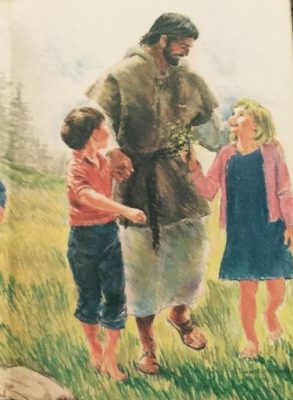 Faith has always been a vital component of my life. As a young girl, I read my green Children’s Living Bible each night. I was especially drawn to the illustrations inside the front cover of Jesus with his arm around a little girl as she looked up at Him hopefully.

As I grew into adulthood, I continued to believe, pray, read, and attend church. Eventually I married and had two sons. We took both of our boys to church, and I even participated as a small group leader in our older son’s student ministry.

At some point during the realness of real life, I stopped having a deliberate time set aside for just me and God. While yes, I believed, I wasn’t “doing life” with God, instead, I was doing it myself and reflecting on how He fit in only when it seemed necessary, or when it was totally on my radar.

So, when the significant series of events occurred that would eventually become my second and totally unplanned book, Dear Dana, God and I weren’t actively, every single day BFF’s.

What’s amazing is how, despite this backdrop, God absolutely transformed my life without me even realizing it. Or realizing that it was Him doing it. I was just minding my own business. Seriously.

First, I friended my old pal from summer camp, Dana (who I hadn’t spoken to, seen or had any communication with in 30 years) on Facebook. That was a normal enough thing to do, right?

Then I found out that her youngest child, a son, Parker, was battling cancer at St. Jude in Memphis. Then she asked for prayers. Then I started praying – because prayer and I have always been a thing.

Then Parker relapsed. Then I went to church and, while singing along with the worship band, I got my first “big idea” – I’ll write Dana and Parker weekly letters at St. Jude.

And then Parker, who was only 15, passed away.

I went back to church, and asked God what I was supposed to do next. Then, during another song, I got a clear message, just keep writing Dana. 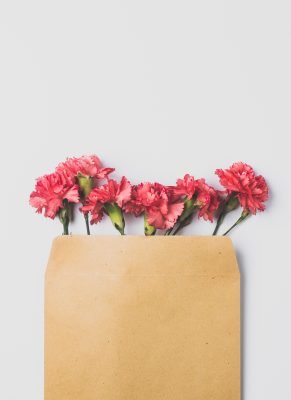 Then Dana wrote me back. We became pen pals, sharing things via U.S. mail that we’d never shared before. We went deep and trusted one another implicitly despite not really knowing each other.

About six months into our pen paling – I sat back and wondered. I knew this was a sacred relationship – but what was really going on? How had this happened, what did it mean and what was I supposed to do next?

Eventually, I came to believe that God’s love for Dana and her family, including Parker – who LOVED Jesus – was inserted in my own heart. It was so big that I would do anything – write letters, form prayer teams, run 10ks – even though I didn’t actually know these people in the real world.

Then I wondered – if God could do all of this with just a “Facebook friend” what else was out there?

So, I did the next obvious thing, I wrote all 580 of my Facebook friends a letter. And it changed the entire trajectory of my life, and most importantly, my heart.

Being forced to find something to say, in two full pages, made me consider how each person fit into my life story. That led to me expressing a thousand little thank-you’s for each friends’ contributions to my story. It ultimately sent my grateful meter off the charts. 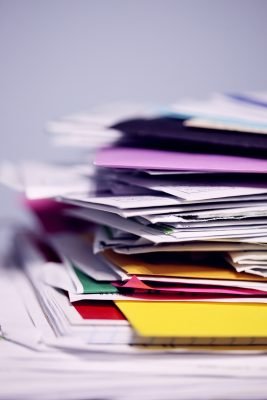 These were my beloved people, and despite any differences that might seemingly separate us (including who did or didn’t believe what specifically), a very real deterrent in the divisive culture we’re currently facing, we were tied together in common experience and love.

From Dana I learned that grief is not something that goes away or gets better in a certain preestablished unit of time. Eventually, she and I reunited in person, and our people became each other’s people. And she and I became BFFs.

And so did God and me.

Now I get up every morning, earlier than I must, just so we – God and I – can chat it up. I do a devotional, and I pray on and off all day. I can see Him everywhere, in everything.

I believe now that God was actively pursuing me just as much as He was Dana and her family.

Guys, this stuff is for real! 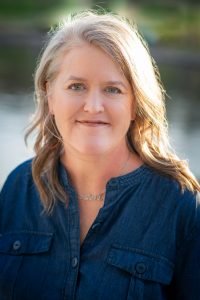 Amy Weinland Daughters is a freelance sportswriter and author. Her second book “Dear Dana: That Time I Went Crazy and Wrote All 580 of my Facebook Friends a Handwritten Letter” (She Writes Press) is due to be released May 17, 2022. Currently a resident of Tomball, Texas (a suburb of Houston), Amy and her family have also lived in Blackwell, England and Dayton, Ohio. 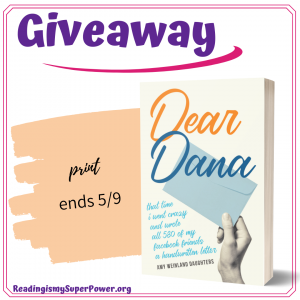 Amy Weinland Daughters is offering a print copy of Dear Dana to one of my readers! (US only. Void where prohibited by law or logistics.) This giveaway is subject to Reading Is My SuperPower’s giveaway policies which can be found here. Enter via the Rafflecopter form below.


What about you? What makes you want to read Dear Dana by Amy Weinland Daughters?