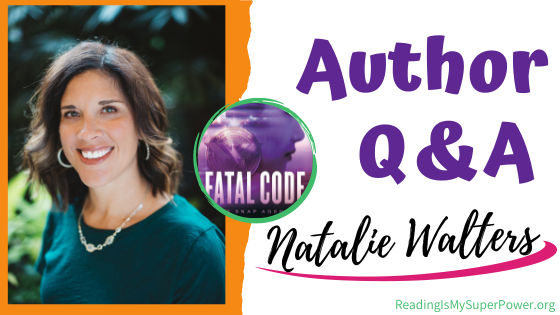 Please join me in welcoming the fabulous Natalie Walters to the blog today to chat about her new romantic suspense, Fatal Code! 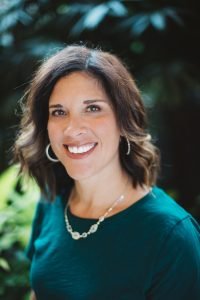 Natalie Walters is the author of Lights Out, as well as the Harbored Secrets series. A military wife, she currently resides in Texas with her soldier husband and is the proud mom of three. She loves traveling, spending time with her family, and connecting with readers on Instagram and Facebook. Learn more at www.NatalieWaltersWriter.com. 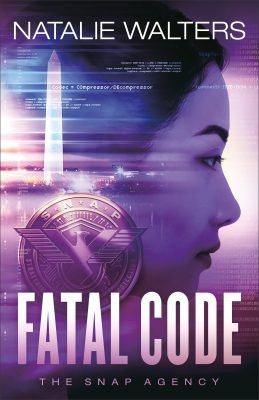 In 1964, a group of scientists called the Los Alamos Five came close to finishing a nuclear energy project for the United States government when they were abruptly disbanded. Now the granddaughter of one of those five scientists, aerospace engineer Elinor Mitchell, discovers that she has highly sensitive information on the project in her possession–and a target on her back.

SNAP agent and former Navy cryptologist Kekoa Young is tasked with monitoring Elinor. This is both convenient since she’s his neighbor in Washington, DC, and decidedly inconvenient because . . . well, he kind of likes her.

As Elinor follows the clues her grandfather left behind to a top-secret nuclear project, Kekoa has no choice but to step in. When Elinor learns he has been spying on her, she’s crushed. But with danger closing in on all sides, she’ll have to trust him to ensure her discoveries stay out of enemy hands.

Natalie Walters sucks you into the global race for space domination in this perfectly paced second installment of her SNAP Agency romantic suspense series.

Natalie: Apples because I don’t have to peel them. 🙂

Natalie: Dogs because cats freak me out. I’ve seen them turn into psychos and jump on their owners faces. No thanks.

Natalie: Mountains because I don’t like the sand but I do love being in the ocean.


Carrie: if only we could have the ocean without the sand that gets everywhere!

Natalie: Is it cheating if I say both?? I could literally live on soup and sandwiches for the rest of my life.


Carrie: hahaha ‘both’ is an acceptable answer 🙂


Natalie: Ramona Quimby because I could completely relate to her awkward attempts to fit in and find her place in the world.


Q: Do you have any strange writing habits/quirks? Any snacks/beverages that are a must when you sit down to write?


Natalie: Hot tea, colored pens, and paper. Even though I write on a computer, I make all of my scene notes on page and I color code based on the information.


Q: Which character in Fatal Code was the most difficult to write?


Natalie: Kekoa was actually harder than I expected. He’s got such a bubbly personality that I really had to dig into his backstory to find out if there was something more behind his infectious personality.


Q: Did you have the whole plot outlined before you started writing Fatal Code, or did you let the characters dictate what came next?


Q: What inspired you to write a series about men and women who work for a high-level agency based in DC?


Natalie: The thrill. Is that too simple an answer? Actually, the inspiration behind the SNAP Agency series is the many men and women I’ve met as a military wife for the last twenty-five years. The characters, the plot, the settings have all been inspired by friends we know, locations we’ve lived in, and stories we’ve heard from those with boots on the ground. They work tirelessly, vigilantly, and selflessly to keep America safe, and I wanted to write a story that, in a very small way, reflected my adoration for them and what they do.


Q: What is something God taught you while you wrote Fatal Code?

Natalie: To trust Him. There were several times while writing this story where I became stuck and questioned my ability as a writer and God always seemed to show up in an unexpected way, like a research answer that cleared up a plot hole, or a verse that perfectly fit the needs of my character, or friends who encouraged me through tears to keep pushing through to the end.

Natalie: I’m excited to be releasing a novella collection with the amazing Lynette Eason and Lynn Blackburn called, Targeted, in October 2022. It was a lot of fun to write a story for one of my favorite secondary characters from the Harbored Secrets Series and I can’t wait for readers to learn more about her!

Revell is offering a print copy of Fatal Code by Natalie Walters to TWO of my readers! (US only. Void where prohibited by law or logistics.) This giveaway is subject to Reading Is My SuperPower’s giveaway policies which can be found here. Enter via the Rafflecopter form below.


What about you? What makes you want to read Fatal Code by Natalie Walters?