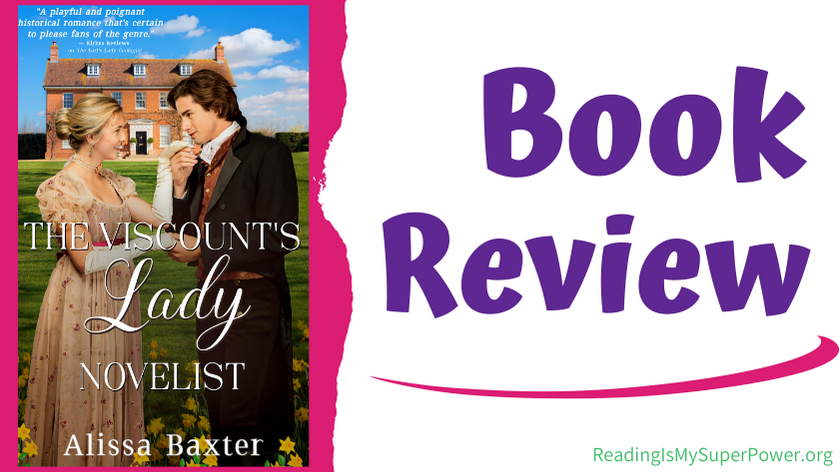 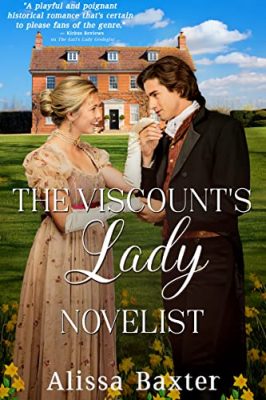 Harriet Linfield is a lady novelist who has been disillusioned by love. She sets out to write more realistic tales about the emotion when she returns home to Linfield Court for the summer. Vowing to avoid any romantic entanglements along the way, she focuses instead on her writing and her plan to turn the estate she inherited from her uncle into a refuge for orphans.

Oliver, Viscount Wentford, is determined to restore his family fortunes. But his plans for the estate he inherited are in direct opposition to the wishes of Harriet, his new neighbour. Upon meeting her, Oliver is amused when, in response to his provocative comments, she informs him that she intends to make him the villain of her next book. But his amusement swiftly turns to dismay when circumstances align to show him in that exact light.

When an enemy comes back into Harriet’s life, she sees that love isn’t as clear-cut as the romantic tales she pens. But will the viscount manage to discard his villainous mantle to become Harriet’s real-life hero? 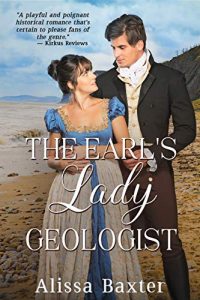 The Viscount’s Lady Novelist is my first read by Alissa Baxter but it most definitely won’t be my last. I was quickly charmed by the swooniness of the romance and by the wittiness of the banter between Harriet and Oliver. It also made me smarter. For instance, did you know that a ha-ha is not just a laugh? It’s also a landscaping term!

Harriet is a reader and a writer in a family of more scientific pursuits, a difference which frequently makes her feel like the odd one out – though that’s never her family’s intent. This makes it difficult to believe that Oliver (also a scientist) would be attracted to her for her, not for her inheritance. For his part, Oliver is instantly besotted with Harriet but unwittingly complicates the road to win her heart with some plans that play into her insecurities.

I adored Oliver – he’s respectful, he’s witty, he’s protective but not overbearing, he appreciates Harriet’s strength & personality as much as he does her appearance, and he’s a very swoony kisser (#priorities lol). The author has drawn both characters vividly without outright telling us too much, leaving us to discover their personalities as we walk through the story with them. I loved that we get to see both of their perspectives, too. It added a lot of dimension to Oliver’s character, in particular, and kept the reader on his side even when Harriet believed the worst.

Bottom Line: The Viscount’s Lady Novelist by Alissa Baxter is warm and witty, with swoony romance and engaging characters. Readers will love Oliver and Harriet and will cheer them on as they move closer to a happily-ever-after, despite the obstacles in their way. A dash of suspense adds layers to the story, and the author’s attention to the Regency era in mannerisms, conventions, and language completely immerses you in the narrative. Picking up this book will give you a thoroughly delightful read full of reasons to smile!

(I voluntarily reviewed a complimentary copy of this book which I received from HFVBT. All views expressed are only my honest opinion. In the interest of full disclosure, the company I own was also paid to promote this title on social media. This in no way affected my review.)


KissingBook Level: 3+ / will forget to breathe on occasion 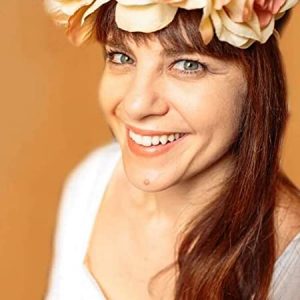 Alissa Baxter was born in a small town in South Africa and grew up with her nose in a book on a poultry and cattle farm. At the age of eleven, she discovered her mother’s collection of Georgette Heyer novels. The first Heyer novel she ever read was Sylvester and she was hooked on Georgette Heyer after that. She read and reread her novels, and fell totally in love with the Regency period and Heyer’s grey-eyed heroes!

After university, where she majored in Political Science and French, she began writing her first Regency novel, before moving to England, which gave her further inspiration for her historical romances.

Alissa’s Linfield Ladies Series features women in trend-setting roles in the Regency period who fall in love with men who embrace their trailblazing ways… at least eventually. The Viscount’s Lady Novelist is the second book in this series, following on from The Earl’s Lady Geologist.

The giveaway is open to the US only and ends on May 18th. You must be 18 or older to enter.


This giveaway is hosted by HFVBT, not RimSP
Follow along with this tour by clicking the banner below 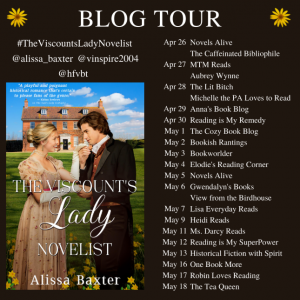 What about you? What makes you want to read The Viscount’s Lady Novelist by Alissa Baxter?

4 responses to “Book Review (and a Giveaway!): The Viscount’s Lady Novelist by Alissa Baxter”