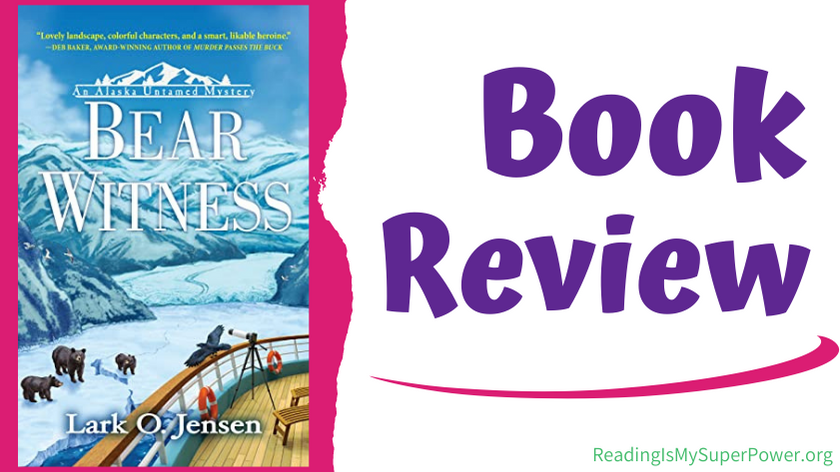 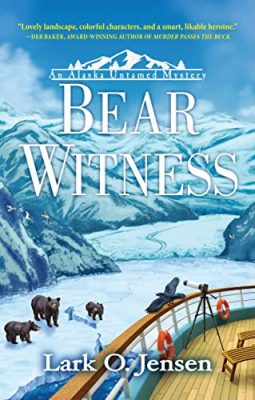 No nine-to-five cubicle career will suit Stacie Calder—the naturalist much prefers working in the great outdoors. Specifically, the spacious and spectacular Alaskan wilderness, whose rugged charms she shares with sightseers on the top deck of the tour boat where she works. But one May afternoon, Stacie’s passengers see more than glittering glaciers, frolicking harbor seals, climbing bears and soaring seabirds…they also witness a man lying dead in the frigid Alaskan waters. And it seems likely that someone gave him a fatal push.

Stacie didn’t know the unfortunate victim, but he sure wanted to know a lot about her. He spent most of his final afternoon bombarding her with questions quite awkward to answer. And when he wasn’t in her hair, he was arguing incessantly with the boat’s beleaguered crew. Which makes for a suspect list about as long as the passenger manifest. Furthermore, as police helicopters relentlessly circle her boat in search of any clues, Stacie is shaken to find herself on that suspect list.

Before the tour boat reaches shore Stacie—accompanied by her beautiful blue-eyed husky, Sasha—must deduce just who sent the testy tourist tumbling into the turgid waters and have the authorities take custody. Because if she can’t, then the killer might aim a fatal ice-cold stare at Stacie.

Two things initially drew me to this book – that great cover & the fact that it’s set in Alaska. I’ve mentioned before how Alaska is on my bucket list and while reading Bear Witness, I found myself wishing that Stacie was a real person – because if I ever do get to Alaska I want to take a tourist cruise with her as my tour guide. Her character was so winsome, and her faithful canine sidekick Sasha added an extra dimension of likability to this dynamic duo. The glimpses we get of Alaskan wildlife and its marine landscape had me feeling like I was riding that top deck of the boat along with Stacie, Sasha and crew.

I really enjoyed the mystery and all that went along with it. I was surprised at how easily the local law enforcement agreed to let Stacie poke her nose into the case in conjunction with their own investigation, but it worked for the community they were in and with the circumstances surrounding the murder. Every loyal cozy mystery reader knows it’s rarely the most obvious suspect who turns out to be the murderer, so we tend to look everyone with a bit of a side-eye lol. Even so, I was completely surprised when I figured out who it likely was – because I’d had my accusation resting firmly (but wrongly) on a perfectly good ‘less obvious’ suspect the whole time lol.

Whew, don’t even get me started on how swoony Liam is, the law enforcement agent charged with the murder case that casts a somber shadow over Stacie’s employers. His low voiced comments that were clearly flirting even though Stacie couldn’t see it. Swoon!! It’s clear Liam is highly attracted to Stacie and since the feeling is mutual, sparks sizzle in the air whenever they’re in the same space.

(Pardon me a brief aside, here) That sizzle eventually leads to some closed door action between the two, something that I would have preferred take place later in the series, if at all.  In my opinion, Liam & Stacie fast-forwarded past all that I love about the intricate ‘early stages of a romance’ dance, bypassing any emotional connection between them (there wasn’t time!) and zeroing in on the physical. It didn’t make sense to me on several different levels, didn’t allow me enough time to become emotionally invested in their relationship, and was just an all-around disappointing development for me.

Bottom Line: Bear Witness by Lark O. Jensen takes readers on a tour of Alaska in all its wild beauty. You’ll spot seals and bears, glaciers and ice floes, even some wolves and a humpback whale or two. But watch out – you’ll also spot a body. And it’s here that the story kicks into gear, drawing us along as the investigation takes root. Liam, Stacie, and even sweet Sasha are engaging characters with layers that I look forward to exploring as the series sails along. If your travel budget looks like mine, this is a great way to vacay vicariously – through the pages of a delightful cozy mystery! Yes, there were some elements of the plot that I didn’t love but overall this is a very entertaining read and I’ll likely keep an eye out for book two!

Reviewer’s Note: Readers may want to be aware that there is moderate use of mild cursing throughout this novel, as well as the closed door implications I mentioned in my review.


KissingBook Level: 3 / will forget to breathe on occasion 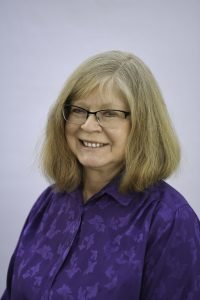 3 responses to “Book Review (and a Giveaway!): Bear Witness by Lark O. Jensen”