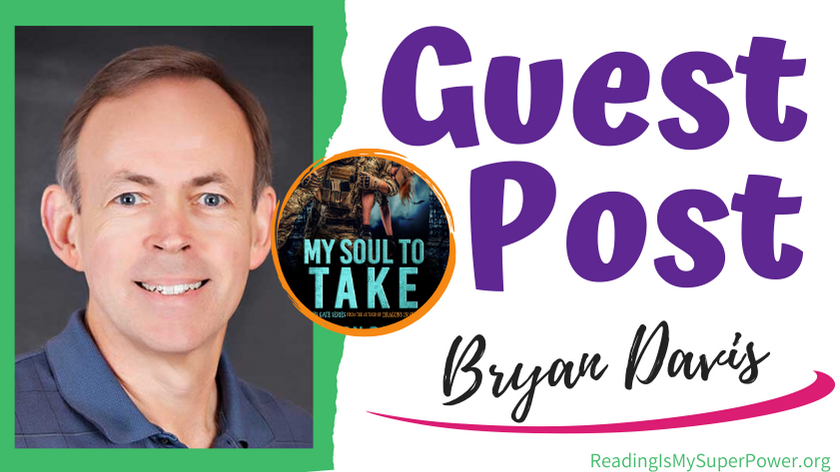 Please join me in welcoming Bryan Davis to the blog today to chat about tugging at a parent’s heartstrings while writing his new novel, My Soul to Take! 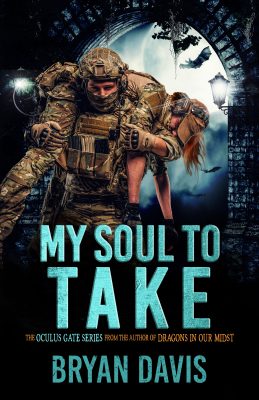 The souls of Leo and Iona are trapped in hell, their bodies inhabited by the souls of Alex and her henchman Bartholomew. Now disguised as Iona, Alex launches her centuries-old plan to restore her power and take control of both Earth and Viridi.

Unable to communicate with their allies, the real Leo and Iona embark on a journey, hoping to somehow break through hell’s impenetrable gates. Along the way, they meet a strange woman, a Reaper who believes she can help them escape.

On Earth, Ben Garrison and company begin to suspect that Leo and Iona are not who they seem, and their souls might still be in hell. Aware of their suspicions, Alex, in Iona’s body, escapes them to pursue her world-takeover plans.

As Leo and Iona face the dangers of a beast-infested forest, a lava-filled chasm, and the nightmarish Lake of Fire, Ben tries to figure out a way to help them from Earth. Only one option presents itself—to return to hell and face the dangers himself.


by Bryan Davis, author of My Soul to Take


I admit it. I am a sucker for Daddy/daughter scenes in movies. When a film shows a father dodging bullets, beheading monsters, and catapulting himself into a fist-punching melee in order to rescue his precious daughter, I pump my own fists and fight with him. Or when a girl does the same to save her dear Daddy, I’ll be on the edge of my seat cheering her on. And when they finally reunite in a tearful embrace, their bodies bruised and clothing torn, I’ll be reaching for the tissue box myself. They tug my heartstrings. I feel those emotions like they were my own. I also feel powerful emotions in father/son scenes, but there’s something about the daughter connection that really turns on the waterworks. 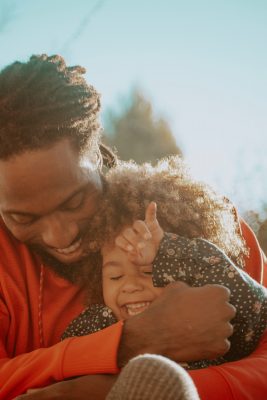 Since I am a father of seven, I write with a Daddy’s heart. I want to convey the passion I have for the well-being of my own children, and my hope is that other fathers, as well as mothers, will connect to the joys as well as the sorrows of our dangerous journeys as parents.

For my newest book, I chose the title My Soul to Take because it’s a phrase from a child’s nighttime prayer, a prayer I uttered myself countless times as I lay in bed, perhaps fearful of the bumps in the night or a storm raging outside. In the story, I put the words into the mouth of a mother, a sojourner in hell itself as she sought for a way to save her daughter from the terrors of that place. It seemed appropriate for her to reflect her childlike faith with childlike words as she gave everything to rescue the one she cherished with all her heart.

And it is the heart I hope to reach by tugging a trio of heartstrings that most parents have.

In the story, Charlie, a mother, who was also a musician and singer, finds her daughter, Iona, after giving the girl up for adoption years earlier. Since that fateful day, Charlie became a Christian and wondered if Iona had the spiritual input she so desperately needed. When they reunited, Charlie, as part of her desire to get acquainted, invited Iona to sing “It is Well with My Soul” with her. This gave Charlie the opportunity to learn about Iona’s spiritual state:

Charlie slid her hand into Iona’s. “It seems that it is well with your soul, even here in hell.”

Iona gazed at their clasped hands. The touch felt as good as the song’s uplifting message. “I … I guess it is. I mean, I’m okay with being here, at least for now. I don’t feel like God abandoned me or anything like that.”

Charlie, having a mother’s heart, used this opening to feed her daughter’s soul with words of life, whether in song lyrics or in the poetry of loving actions, to show her that God has certainly not abandoned her. Since I love feeding the souls of my own children, I connected with that passion. That heartstring still remains even though my children are all adults now.

Heartstring #2 – Whatever it Takes

Dads will do whatever it takes to rescue their children from danger, no matter the risk to their own lives. In my story, Iona knew that Ben, the story’s main hero, having no children of his own, wanted to adopt her. So when she heard that a man had charged into hell to rescue her, she had no doubt about his identity.

Iona imagined Ben bashing hellcats with tree branches, swinging across the chasm with bats clinging to his back, and marching toward the lake with his shoes on fire. Yes, those were exaggerated illusions, but there was no doubt about Ben’s passion. “It’s not me who’s special. It’s him. His name is Ben Garrison, and he would definitely storm the gates of hell to rescue someone, even someone like me who doesn’t deserve it.”

I feel that passion. A good father would definitely march straight into hell if doing so gave him even a shred of a chance to save his child. And learning that his daughter was aware of that passion ignites his engine with even more fire. Nothing will stop him.

We strive, we cry, we bleed. Parents give their all for their children. But for what purpose? What is the goal, the end result we long for? 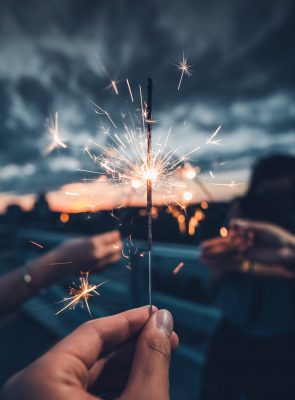 It’s to deliver to the world a mature adult who brings blessings to others as a portrait of God’s love. We parents are conduits of God’s light, love, and grace, and we infuse our children with those blessings so that they are equipped to deliver them to others. There is nothing more important than to fashion a messenger who will live on after we go to our final resting place.

As Charlie said to Iona later in the book, “And now, all these years later I’ve finally seen the wonderful young woman you’ve become. I am content with my life. I blessed the world with you.”

What started with a song ended with a blazing torch. The flame passed from one heart to the next. Passing along the legacy of God’s “Amazing Grace” is truly like putting a song in their hearts, a song of light they will never forgot, one that will burn within as they sing it to the generations to come.

And my hope is that this story will tug parents’ heartstrings in a way that inspires them to pass that torch along as well. 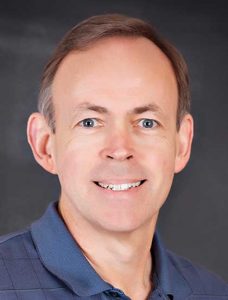 Bryan Davis is the author of the Dragons in Our Midst, Oracles of Fire, Children of the Bard, Reapers, Dragons of Starlight, Tales of Starlight, Time Echoes, and Wanted: Superheroes series, contemporary/fantasy books for young adults and adults. The first book, Raising Dragons, was released in July of 2004, and several books in the series have hit various bestseller lists, including Eye of the Oracle, which hit number one on the CBA Young Adult best-seller list in January of 2007. His books have sold more than a million copies worldwide.

Bryan was born in 1958 and grew up in the eastern U.S. From the time he taught himself how to read before school age, through his seminary years and beyond, he has demonstrated a passion for the written word, reading and writing in many disciplines and genres, including theology, fiction, devotionals, poetry, and humor.

Bryan is a graduate of the University of Florida (B.S. in Industrial Engineering). In high school, he was valedictorian of his class and won various academic awards. He was also a member of the National Honor Society and voted Most Likely to Succeed.

He continues to expand his writing education by teaching at relevant writing conferences and conventions. Although he is now a full-time writer, Bryan was a computer professional for over 20 years.

What about you? What makes you want to read My Soul to Take by Bryan Davis? What tugs at your heartstrings in a book?

One response to “Guest Post: Bryan Davis & My Soul to Take”