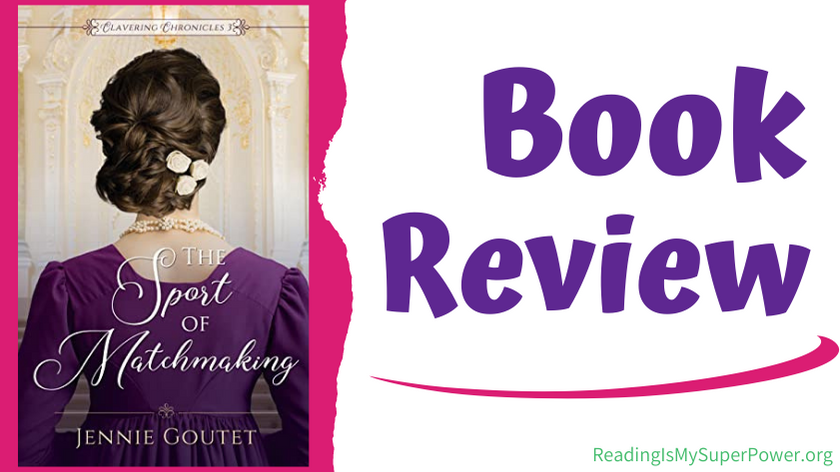 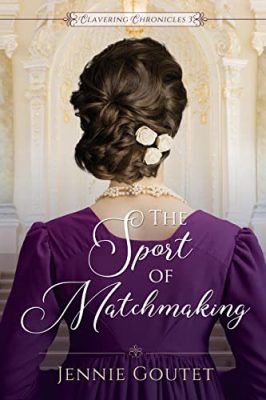 For once, he has met a lady less inclined to marry than he is. How unfortunate that she is the only bride he will consider.

George Clavering is much too young to think about getting married. Yes, his older brother—and even his younger sister—have managed to tie the knot, but he has plenty more years of play and sporting events ahead of him before he need consider such a thing. Even matchmaking becomes a sport when gentlemen bet on the Season’s successes or failures in the club. He will not give them an opportunity to bet on him. Furthermore, why settle down when there are young women like Lady Alice who liven the sport of matchmaking with friendly wagers?

Lady Alice St. Clair is the fifth daughter of the Duke of Carr, and as she is independently wealthy and may do as she pleases, she has no reason to wed. She certainly has no intention of doing so. If the marriage mart offers nothing more than the unattractive boors who have presented themselves at her door for the past five seasons, it should hardly surprise her parents she cannot be persuaded to the altar. True, George Clavering has a full head of dark hair and a smile that is as mischievous as it is attractive, but no lady of character would change her mind for one above-average specimen of the male race.

For both, what began as a friendly bet between two bored guests at a ball turned into an earnest desire to help their protégés find happiness. And if some deeper feelings should stir in George to win Alice’s heart, then he has no choice but to dampen them. After all, Lady Alice has sworn she will not marry, and George has applauded her decision. For him to try to weaken her resolve now would be…unsportsmanlike. 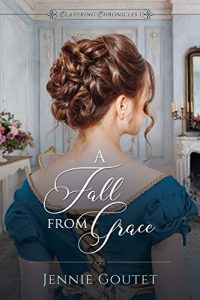 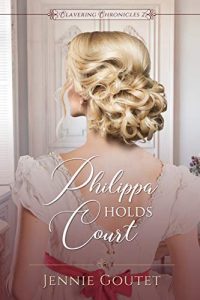 I am always drawn to a cover with purple – it makes me happy for whatever reason – so I of course knew I wanted to read The Sport of Matchmaking by Jennie Goutet! I have not yet read the first two books in this series but that’s not a problem as it can be absolutely enjoyed on its own. You’ll likely want to go back and read them after you’ve finished George & Alice’s story though, because Goutet’s writing style is so engaging.

Neither George nor Alice plan to get married anytime soon (ever, as far as Alice is concerned), but they also don’t have any qualms about wagering that someone else will. You’ll thank them for this as the story progresses, because not only does it provide plenty of opportunity for witty banter and sparks between George and Alice (yay for alcoves!) it also gives the author a chance to showcase a secondary romance. Double the romance, double the swoons! I know I won’t hear any of y’all complaining haha.

While I adored the romance (to no one’s surprise) and the wit, I also loved the character development in The Sport of Matchmaking. George in particular had a lot of maturing to do in some ways. Sure, he was a good guy who respected women and had a moral sense of right and wrong. But when it came to taking responsibility for his own future and settling down, he would still have preferred to spend his time flirting and boxing and making wagers at White’s. I loved how the author allowed him to grow throughout the story, as he observed those around him (including Alice’s brother, George’s own brother and George’s best friend) and began to have epiphanies of what his life needed to look like – making him all the more ready for a future with Alice… once she trusts him again, that is. Why doesn’t she trust him? Well, I’m not going to tell you – you have to read it for yourself after all 😉

Bottom Line: The Sport of Matchmaking by Jennie Goutet is full of wonderful characters. delightful dialogue, swoony romance and heartfelt emotions. Readers will enjoy watching George and Alice fight the inevitable in their own lives even as they play matchmaker with their friends, the sparks they emit and the witty conversation between them giving us plenty of reasons to smile. But beyond the banter and the kisses, there is also meaningful growth for these characters – and not just the main players. This may have been my first book by Jennie Goutet, but it won’t be my last! Definitely recommended for fans of Regency romance! 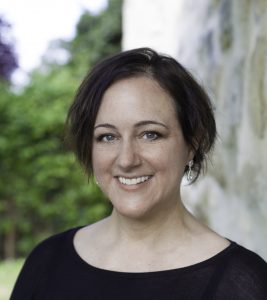 Jennie Goutet is an American-born Anglophile who lives with her French husband and their three children in a small town outside of Paris. Her imagination resides in Regency England, where her best-selling proper Regency romances are set. She is also author of the award-winning memoir Stars Upside Down, two contemporary romances, and a smattering of other published works. A Christian, a cook, and an inveterate klutz, Jennie sometimes writes about faith, food, and life—even the clumsy moments—on her blog, aladyinfrance.com. You can learn more about Jennie and her books, and sign up for her newsletter, on her author website: jenniegoutet.com. 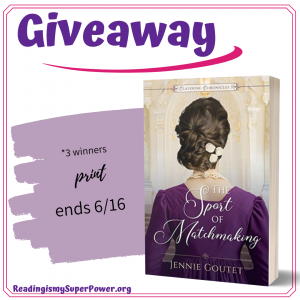 Jennie Goutet’s publicist is offering a print copy of The Sport of Matchmaking to THREE of my readers! (US only. Void where prohibited by law or logistics.) This giveaway is subject to Reading Is My SuperPower’s giveaway policies which can be found here. Enter via the Rafflecopter form below.


What about you? What makes you want to read The Sport of Matchmaking by Jennie Goutet?

19 responses to “Book Review (and a Giveaway!): The Sport of Matchmaking by Jennie Goutet”