Happy Friday & welcome to the First Line Friday link-up! It’s time to grab the book nearest to you and leave a comment with the first line. Today, I’m featuring the first line of Betsy by Sarah Monzon. If you haven’t already started reading the Sewing in SoCal series, you are definitely missing out! 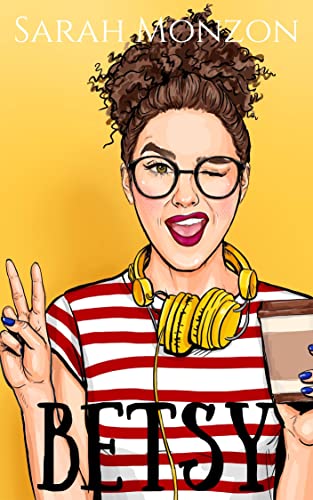 
“If you get your mouth any closer to that mic, it’s going to file sexual harassment charges against you.”

Rule #1. Never fall for a musician
Rule #2. There are no exceptions to rule #1

As a professional sound engineer, I’m around musicians every day, so I know what I’m talking about when I say they aren’t boyfriend material. They’re only looking out for number one, and that ain’t you, honey. Give them a map with destination Not on Your Life, Mister highlighted, underlined, and circled for good measure.That being said, what am I supposed to do with Asher North, lead singer of the band True North and my new boss? My glares don’t intimidate him, and my sarcasm only seems to draw him closer instead of pushing him away. The longer we’re on tour together, the less my rules make sense. And the more he looks at me the way he does, as if he can see right through the wall I’ve so diligently constructed, the more I want to throw those rules right out the window.